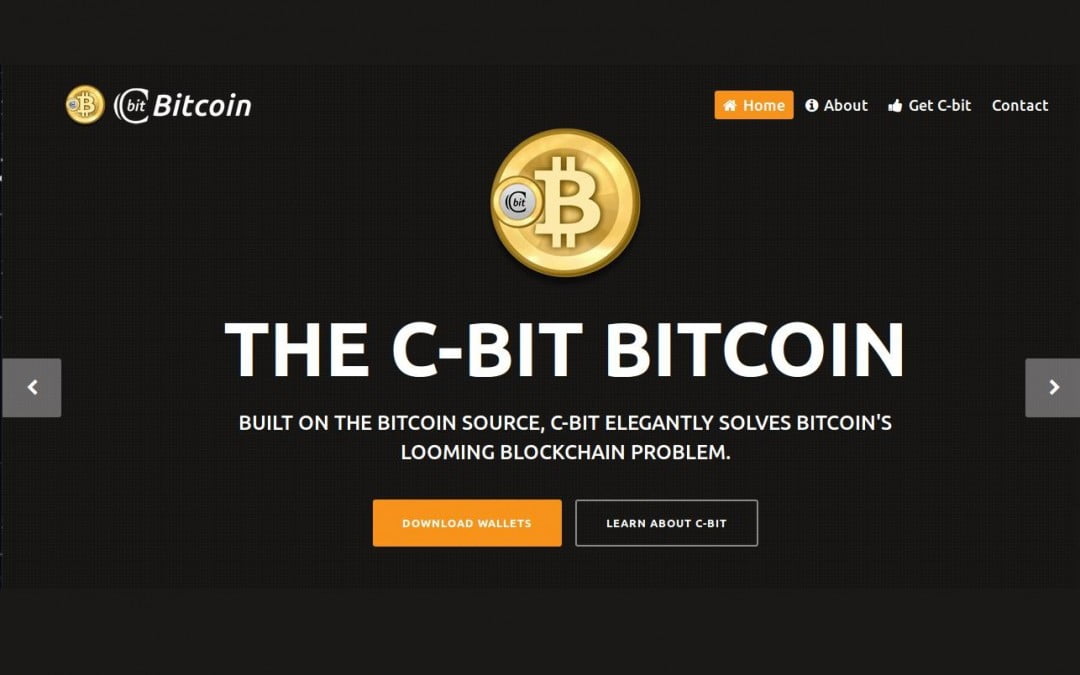 C-bit Press Release: We are pleased to announce the launch of C-bit; An exact clone of Bitcoin Core .12 with a 2-Meg block-size already built into the source code. C-bit negates the need for a Bitcoin Core Hard Fork.

C-bit is pleased to announce the network is now stable and the coin is functioning as designed. C-bit is designed to specifically end the debate over the block-size issue between Bitcoin Core and Bitcoin Classic, and is fully compatible with Bitcoin Core .12.

Again, the new coin is an exact clone of Bitcoin Core .12 . The source code is the same. All updates to Bitcoin are evaluated by our development team, then added to C-bit as they occur. As Bitcoin Core grows, C-bit grows. There are no structural differences between the Bitcoin Core Source Code and the C-bit Source Code.

However, 2 parameters are different: the size of the blocks and the max number of coins. Bitcoin has 1-Meg blocks, whereas C-bit has 2-Meg blocks. Also, Bitcoin will have 21 Million coins total, and C-bit will have 210 Million coins. Instead of 50 coins per block, the C-bit network produces 500 coins per block. The timing of blocks is the same. This makes C-bit potentially someday worth 10% of Bitcoins price. If Bitcoin is the $100 bill, then C-bit is the $10 bill. C-bit could be the “walking around” change.

The design theory of C-bit is to keep Bitcoin the decentralized “Central Bank”; i.e., a Central vault or the holder of wealth and a central storage of documents. C-bit can now become a system similar to smaller banks that act like branches to the Central Bank.

In addition, the C-bit Development team is working on Helix Technology, a promising project that could combine both Bitcoin and C-bit together into a DNA-type structure. This structure has promise to vastly increase the speed, power, and memory capacity of the resulting intertwined Bitcoin and C-bit Blockchains.

C-bit has just begun trading on:

C-bit is the source of this content. Virtual currency is not legal tender, is not backed by the government, and accounts and value balances are not subject to FDIC and other consumer protections. This press release is for informational purposes only. The information does not constitute investment advice or an offer to invest.

Tags: bitcoinbitcoin alternativebitcoin classicC-Bit
TweetShare
BitStarz Player Lands $2,459,124 Record Win! Could you be next big winner? Win up to $1,000,000 in One Spin at CryptoSlots