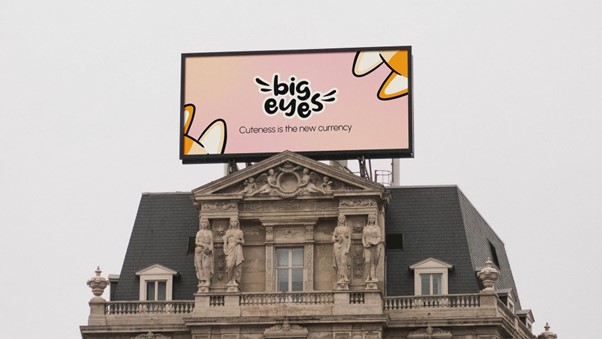 Can Big Eyes Coin Become The Next NFT Sensation And Reach The Highs Of CryptoPunks?

If you look at the NFT market, a handful of projects really made it into the big leagues. And I am not talking about numerous copycats that capitalized on the success of previous collections but rather the ones that set the tone for the NFT to flourish on a large scale.

I, of course, refer to the infamous CryptoPunks’ collection, which not only paved the way for the NFT to become an internet sensation but also pretty much defined the aesthetic style of how JPEGs should look. Since their release project from Bored Ape Yacht Club (BAYC) to Pudgy Penguins attempted to recreate the initial magic but fast forward to the present moment, CryptoPunks still reign supreme when it comes to NFT collectibles.

Interestingly enough, when the NFT market was booming in 2021, it looked like BAYC was supposed to become CryptoPunks’ successor, but after the hype was over, the OG collectible returned to its rightful place at the top of the list. In today’s editorial, I welcome you to join me on the quest to see whether the up-and-coming project Big Eyes Coin can become the next internet sensation after CryptoPunks. Let’s dive in.

Created by Larva Labs studio, CryptoPunks represents a series of 10,000 images tokenized as NFTs on the Ethereum blockchain. To hold a CryptoPunk NFT means that you are the sole owner of a one-of-a-kind pixel avatar, ranging from humans to pirates and aliens. Initially, this collection was released in 2017 for free, when the ERC-721, currently a general standard for NFTs, was not even a thing!

The team held 1,000 avatars, while 9,000 CryptoPunks were released to the public. However, this collection was unique because it was the first of a kind of randomly generated profile pictures to click with the crypto community big time.

But the times of NFTs are slowly fading away, and the narrative is gradually changing. The aesthetic style of randomly generated avatars has not been resonating with the community recently, as, after a plethora of copycat projects, such an approach lost its initial appeal. Can the industry be saved with fresh new ideas, or is it destined to resign in stagnation? Mee the project to silence the competition.

Big Eyes Coin: “Hold The Crown, CryptoPunks’, A New Sheriff Is In Town”

Despite being a new kid on the crypto block, this project has already generated a lot of attention within the crypto community. For starters, several major influencers on Twitter are talking non-stop about this cute little anime-inspired cat. The last time it was all over the place about a new NFT sensation was when the BAYC collection was dropped. Needless to say, after this collection’s success, the BAYC brand issued an ApeCoin token, partnered with Adidas and released a metaverse game in a single year!

Suppose Big Eyes Coin can replicate BAYC’s success. In that case, there is a big chance that we can expect some form of game development and additional tokens to support the already growing Big Eyes ecosystem. At the time of writing, the project had just wrapped up its second stage and entered the final presale round. People who made money on CryptoPunks received them for free, only to resell them at a higher price.

The same logic can be applied to Big Eyes Coin token BIG, as the more you get during the presale, the more benefits you could be able to rip in the future. Namely, with each subsequent sale of Big Eyes Coin unique NFTs, an original owner would get 4%, which is a very convenient way of earning passive income.

What To Make Of It

Although it is too early to say that Big Eyes Coin can be on par with CryptoPunks, one thing remains clear: it resonated with the crypto community, which is essentially the most critical ingredient to success. On top of that, a conspicuous aesthetic style is a definite plus, so the next time you surf the web, check this project out before everyone talks about it, and it will be too late.