Can These Protocols Give You Financial Freedom? Litecoin (LTC), Dogecoin (DOGE), and Xchange Monster (MXCH)

Litecoin (LTC) was created in 2011 as the alternative to Bitcoin but with modifications to the open-source code that Charles Lee thought would make it the superior asset.

While Litecoin has been a mainstay within the top market cap coins and has undoubtedly been a success, few think of Litecoin in the same vein as its larger cousin Bitcoin, and often gets overlooked within the world of payments.

However, in recent years the service has seen an upsurge in acceptance with over 2000 merchants and stores now accepting Litecoin. Moreover, companies such as unbanked, a blockchain-based fintech that offers crypto services are using Litecoin as the on/off-ramp digital asset conversion before executing more traditional rail payments across banking systems and payments.

The coin fundamentally holds genuine utility as a payments processor and does so faster than Bitcoin. While the recent addition of the Lightning Network has enabled Bitcoin to overcome some of its shortcomings, specifically to do with microtransactions, Litecoin is a good hedge that companies will look for alternatives to Bitcoin as adoption increases.

The potential for Bitcoin to slow as a network from oversaturation on its blockchain is a genuine concern and this is where Litecoin can see a strong uptick in adoption. With the increased adoption a price increase will naturally occur and for those that believe in the protocol, a healthy return on investment.

The Community Meme coin That Is Growing In Utility 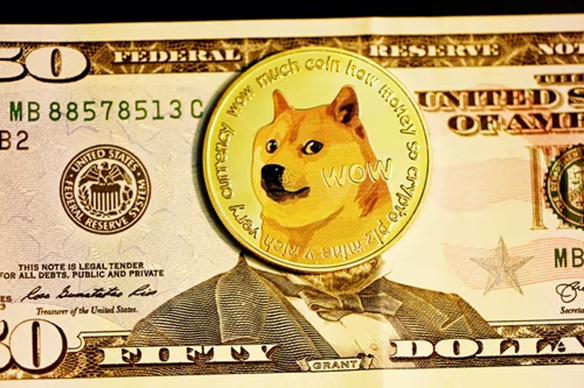 Anyone who tries to tell you that Dogecoin (DOGE) holds strong fundamental value is probably ill-informed. However, this does not mean that the coin doesn’t hold any value, far from it in fact, the utility is being bred out of a strong community that all unite to help each other have financial freedom.

Community-led projects should not be underestimated and those who dismiss Dogecoin on the basis that it is a meme coin are probably as ill-informed as those who believe in Dogecoin’s fundamentals. The beauty behind the project is that it doesn’t try and pretend to be something it is not. The appeal is the meme. The appeal is being a part of a community, and the appeal is breaking away from the status quo.

That community has now led to Dogecoin being taken seriously, with merchants and outlets exploring the possibility of accepting DOGE as a payment gateway. AMC entertainment for one allows merchandise purchases through DOGE, likewise with the Dallas Mavericks, and soon to be Tesla.

Those within the community see the fundamental value being the community itself and that’s exactly what the project was founded to do. With such a strong community people are not shocked to see Dogecoin continue to grow, continue to flourish and make a lot of people money along the way.

The Gateway For GameFi Expansion

A growing industry within the DeFi space as of late has been the expansion of the GameFi industry. The GameFi industry simply put, is gaming through the use of blockchain technology that allows economic incentives through in-game content or cryptocurrency as rewards.

The ability to earn economic rewards through playing your favourite game is highly appealing, however, there has been a disconnect between the games and the world of DeFi and a lack of interconnectivity across gaming platforms.

This level of interoperability is revolutionary for the industry as users are able to trade assets across gaming platforms through Xchange Monster’s native coin MXCH, which is currently undergoing stage 1 of its presale, or users can exchange their rewards into any other cryptocurrency that is listed on the exchange. Xchange Monster is set to have a plethora of trading pairs and currency options that will rival the most prominent exchanges in the market. Lastly, if you decide to convert your earnings into fiat then you can do so. Monster pay will also act as the on/off-ramp to convert fiat to crypto and vice versa, allowing simple deposits or withdrawals from your bank.

Out of all the protocols mentioned in this article Xchange Monster arguably has the biggest upside because of the utility it provides and the project still being in its early stages. As such, if you are interested in learning more about them you should either check out their website or read up on another article about Xchange Monster here.