On June 15, 2018. Ruff CMO Tianwei Jing was invited to deliver a speech at the CES ASIA sub-session titled “Millennials: Technological Entrepreneurship and Transformation”. He answered incisive questions from colleagues in science and technology, and participated in an entrepreneurship roundtable where he shared the challenges faced in building his start-up. Tianwei Jing joined Ruff as Vice President of Marketing in 2016. Before that, he worked in angel investing and financing, successfully leading angel investment rounds for Ehang, MYNTAI, uSens, PtahToy, and Starry Asia Entertainment. He was listed on the Forbes 30 Under 30 lists in both 2017 and 2018.

The following are highlights from the sharing session:

Ruff focuses on IoT operating systems. Why do we need operating systems? We have all heard about Android OS or Apple iOS, which are both mobile operating systems. Many developers can develop apps for these systems. For example, WeChat and Weibo are developed for both Android and iOS. Similarly, there are computer operating systems. However, there is no satisfactory operating system for IoT. For example, Xiaomi devices can only operate in the Xiaomi ecosystem and cannot connect with devices from other brands. Therefore, we can see that IoT hardware is very fragmented. Products from different brands are isolated, and different device protocols cannot communicate with each other. Communication standards are also inconsistent. Some use WiFi, some use 3G/4G, while others even use the ZigBee protocol. This leads to a highly complex IoT environment where it is impossible to develop normalized IoT apps, resulting in a relative scarcity of this types of applications.

Ruff intends to become an operating system like Android where normalized apps can be developed. It has been four years since Ruff was established in 2014. We have solutions for smart manufacturing, smart health, smart home, smart agriculture, smart office, and more. Take factories as an example. Ruff OS can be used to develop IoT apps to digitalize factories and help them through a smart transformation.

From the diagram above we can see developers from the world’s top companies at the top left. They develop IoT apps with Ruff OS that are demanded by industries such as construction and building materials, automobiles, electronics, photovoltaics, and energy producers. We also work with well-known enterprises across many industries, including Baidu Cloud and Microsoft Azure.

We have been performing technical R&D and business analysis in the IoT industry for the past four years. However, as many of us know, IoT today is not very secure and is full of vulnerabilities. According to a survey of over 500 business IoT buyers, security is a key hindrance of IoT app development in the industry. Today, communication between IoT devices relies on centralized servers. As such, they are prone to DoS and hacking attacks. Take the conventional IoT architecture as an example (see the diagram below). We can see that this architecture is susceptible to attacks on cloud, but any point of failure will affect all systems dependent on the cloud. 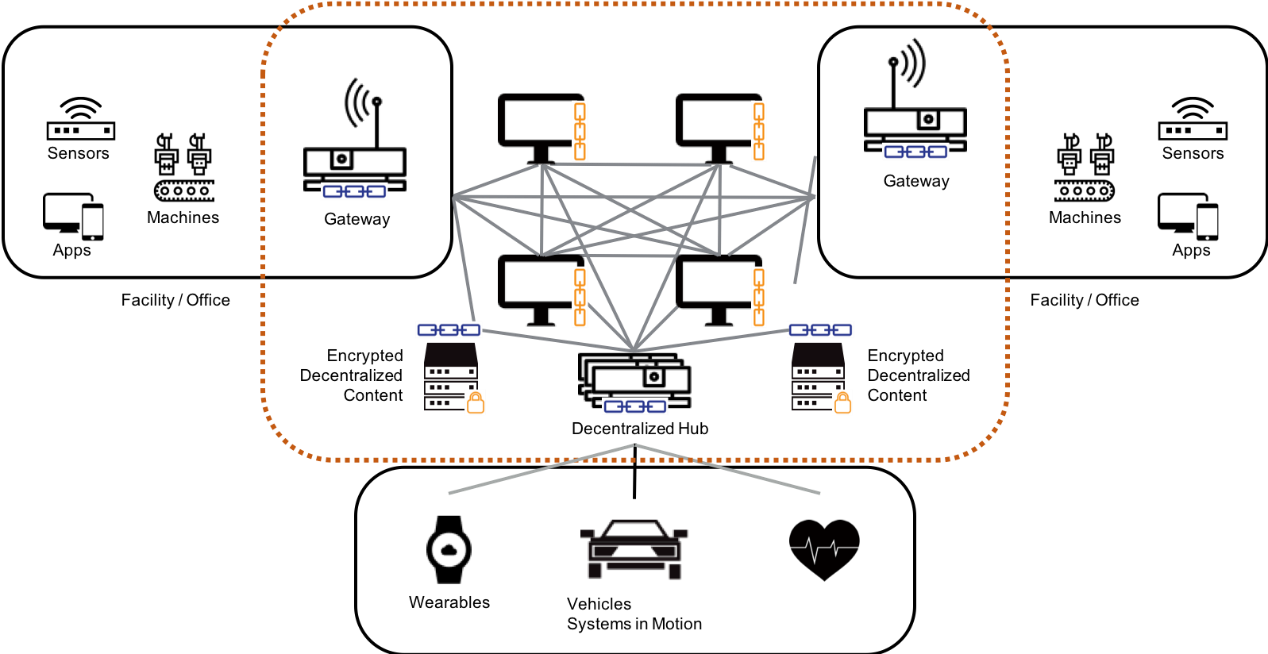 The new blockchain architecture for IoT solves security issues resulting from centralization. The decentralized architecture supersedes the central point of failure in the conventional IoT architecture. Without a central point, the overall architecture is more robust against hacker and DDoS attacks.

Apart from security issues, IoT has some highly valuable data which requires absolute consistency. This data can be used for value flow and circulation. We need this data on the blockchain—not to lift productivity, but because the essence of blockchain is to improve relations of production, address security issues of IoT, and achieve data immutability. Therefore, for data on IoT, blockchain technology can better guarantee data consistency. For instance, in terms of upstream and downstream blockchain finance, data consistency is of utmost importance. In fact, all data on the blockchain is unified and normalized on the IoT layer. Data acquisition from the chain layer addresses the root causes of information silos and makes data secure and tamperproof.

Presently, many sectors are starting to use blockchain technology. Ruff has launched IoT solutions in sectors such as PV power, sharing charging poles and storage tanks, which are prime application scenarios for Ruff Chain. 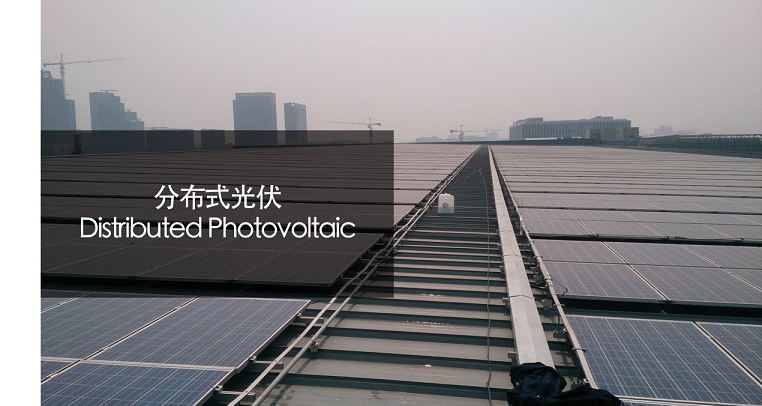 Take PV power as an example. For a distributed PV power station, the investment is generally 6 million rmb per MW. The total investment for a PV power station for commercial and industrial roofs is roughly 20 million rmb. A PV power station mainly consists of solar panels, inverters, meters, and a combiner box. Our gateways (data collectors) will reside at the center of the structure, which then read the data and report on the daily generating capacity, yield, state subsidies, and annualized return of the station. As such, a power station used to generate electricity becomes an asset. This is a classic example of asset securitization.

However, the biggest problem today is that we do not know if all the data as part of this program is real and trustworthy. We run data collection from edge nodes in an autonomous way, and upload other valuable data requiring consistency to the blockchain. Systems need OM, but OM data is not necessarily uploaded to the blockchain. In some cases, when third parties are involved in the future, they may access the data pursuant to insurance or OM conditions. Nevertheless, there is little difference between centralized and decentralized processing.