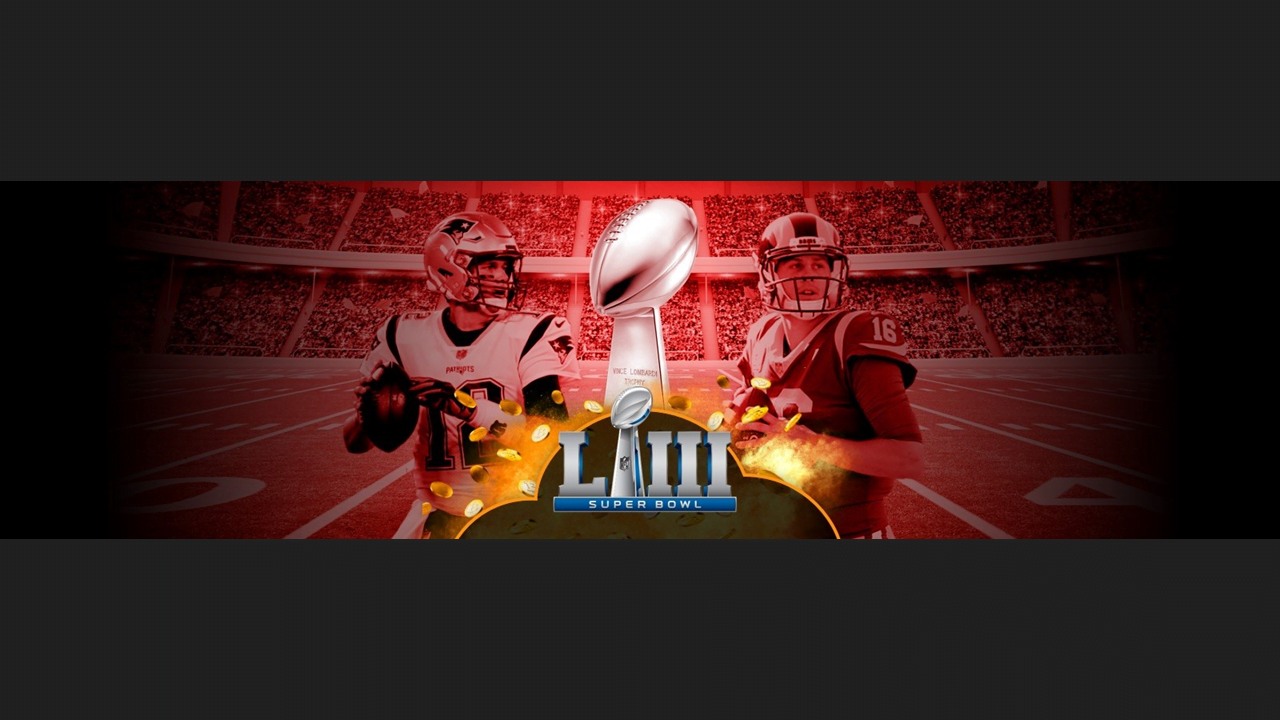 Leading Bitcoin Sportsbook, Cloudbet announced today that customers can place bets up to 20 BTC on the 2019 Super Bowl. Come Super Bowl Sunday, this will likely be even higher.

Super Bowl LIII, the biggest sporting event in America, kicks off on Sunday 3rd February. And to celebrate, Cloudbet users can bet up to 20 BTC on the outcome. They’re the highest betting limits in crypto for the Super Bowl. Period. Anyone, with the crypto funds and the nerve, could win an entire year’s salary with the right pick.

But that’s not all. This year’s Super Bowl is a historical event for a number of reasons: Tom Brady is playing for Championship ring for a sixth time, while Sean McVey is the youngest coach ever to take a team to the final. Because it’s so special, Cloudbet Think the game will go into overtime? Want to bet on whether the coin toss is heads or tails? Maybe you think Jared Goff will have more rushing yards than Tom Brady. Bet on all these and more in Cloudbet’s Super Bowl Specials markets.

A Cloudbet spokesman said, “Immediately after the second Conference Championship, the handicap line opened with Rams as a 1 point favorite. Within an hour, the line moved to “pick ’em”, followed by the Pats installed as 1, then 2-point favorite. The initial move away from Rams favouritism can be considered sharp action, with some hoping for +2.5 the other side for a “middle”, where a Pats tight victory sees both bets as winners.”

“With the public money expected to be one-sided in favour of the Rams in the 48 hours before kick-off, the line may edge back towards pick ’em once again”, he added.

For those who don’t have 20 BTC to stake on the Super Bowl, Cloudbet are offering new customers their money back on losing picks with a simple 5 mBTC risk-free bet on the same event. New customers could try and predict the winner between the LA Rams and New England Patriots, or take their pick from an exhaustive list of special bets. and losing bets will be refunded up to 5 mBTC for new customers.

And bitcoin betting extends beyond the Super Bowl, with opportunities to bet on a huge range of major and minor sport available at Cloudbet. And if the halftime show and ad breaks aren’t your thing then take a spin in the bitcoin casino.

Established in 2013, Cloudbet is the world’s leading bitcoin sportsbook and bitcoin casino platform, fully licensed and regulated with satisfied customers in over 100 countries.