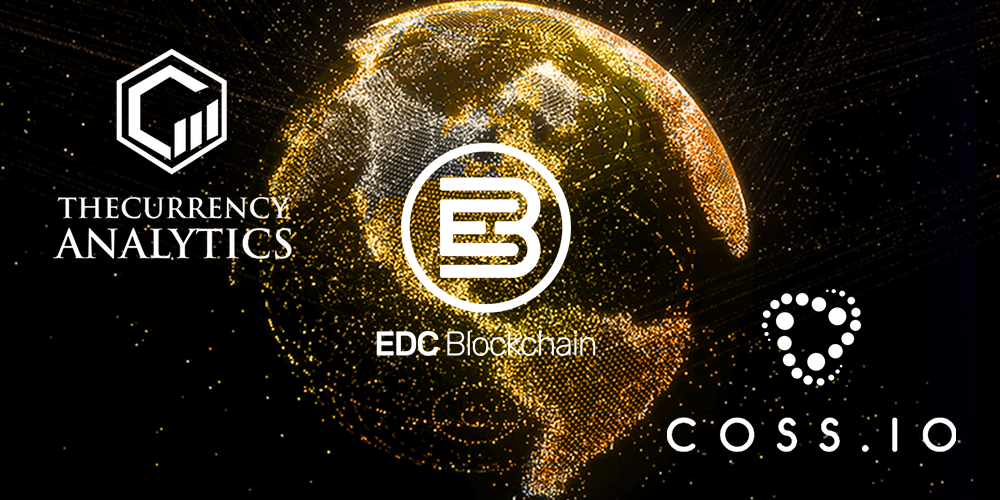 Cyprus, 11/08/2019 : Something exciting coming up for TCAT and EDC users. Leading crypto exchange COSS will list two emerging token communities and extend full support for both the tokens. The integration will lead to strong incentive opportunities for users and holders as well.

One of the most esteemed names across the crypto exchange world, the Singapore-based COSS stands as the acronym for “Crypto One Stop Solution”. Apart from being an exchange, COSS also has a multi-blockchain private wallet app with unique utility features, a diverse range of listed tokens and provides a strong portal for IEO launches as well as promotional campaigns. It will also have a brand new fiat on and off-ramp for all its users.

“It’s a great moment for us to announce the much awaited partnership of EDC and TCAT with COSS exchange. We are grateful to COSS for listing both the tokens and assuring us comprehensive support for both EDC & TCAT communities. We are looking forward to a bright future for both EDC and TCAT,” stated Sydney Ifergan, the founder of TCAT and the ambassador of EDC.

“We are glad to join forces with EDC and TCAT. Both the tokens show promise and we are happy to list them on our portal. EDC coins are used across 57 countries and the community is bustling with a huge number of 1,000,000 + active users. We also support the noble mission of TCAT that aims to replace the ongoing misleading news in crypto media with original and neutral news written by dedicated professional journalists. We are looking forward to a glorious future for both EDC and TCAT”, noted Rune Evensen, Chief Product & Strategy Officer, from COSS.

The EDC blockchain portal represents wide possibilities for implementation of just any idea. The token is mined with advanced LPoS algorithm that can mine remotely and does not consume computer power- while assuring profit to user’s EDC wallet from the first day only. TCAT is backed by a breakthrough “REAL” protocol that stands for REAL, ETHICAL, ATTRIBUTIVE & LASTING crypto news.

Speaking further, Mr. Ifergan noted that the integration with COSS will introduce great incentive opportunities for both the communities. As per his statements regarding the incentives:

“The airdrop will launch soon. So, be ready to grab the best of opportunities before the offer is over.”

COSS will also give 10 COS to all the EDC and TCAT depositors or buyers during this period.

COSS will also launch a trading contest on the TCAT token pairs. Those holding TCAT in their COSS account wallet, will also be able to take part in the contest.