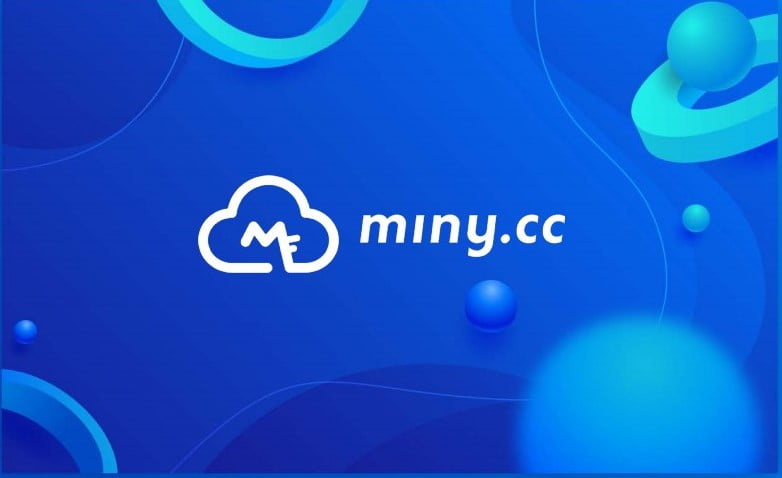 Aberdeen, Hong Kong, Hong Kong. May 26, 2020. – A Hong Kong-based cryptocurrency wallet provider has introduced a range of services that allow its users to earn passively from mining and holding crypto.

Miny.cc, a cryptocurrency wallet with a novel approach to cryptocurrency mining has unveiled a program that allows everyone to benefit from joined pool mining. The platform’s joined mining pool are meant for cryptocurrency enthusiasts that seek to earn from mining without sinking in the colossal capital that such a venture requires in this age and time.

The joined pool mining service aside, Miny.cc also provides a secure wallet for all the platform’s subscribers. Minn.cc’ wallet can store BTC, LTC, ETH, and MINY tokens. Importantly, the network is a hub for passive earning. Users can earn by holding the platform’s native token, or when they second prospective users to the platform.

Bitcoin and the blockchain it is hedged on was invented to ease financial transactions. Because it operates without a central organization or administrator, it is the role of the platform’s users to maintain order; which essentially means approving transactions among other things. As a reward for these roles, platform users get paid block rewards for every successful block added into the blockchain. The process is referred to as mining.

In the early 2010s when Bitcoin was new, only a small portion of the population mined Bitcoin, or cryptocurrencies, for that matter. Now, however, the number of people engaged in crypto mining has increased several fold. Since a huge portion of the total number of Bitcoin that will ever come into circulation are already mined, the process has gotten more complicated. You now need very sophisticated machines with huge computational power if you are to solve any of the mathematical problems that confirm transactions into the blockchain.

The bare minimum that you need now to engage in Bitcoin mining are expensive machine. It is the reason joined pool mining makes sense among individuals that do not have a lot of capital. Miny.cc presents just that, mining pool for anyone that wants to earn.

Miny.cc has a cryptocurrency mining farm based in Hong Kong where users can reserve positions in the platform’s joined mining pools. The trick Miny.cc applies simple; it brings together several mining rigs to improve their computational capability. Besides, the activity is set up so that rigs mines only the coin that is the most profitable to mine at any one time. Better still, the benefit distributed to each user is determined by his or her stake in the mining pools.

The platform uses relevant technology to boost the profitability of its operations. Its mining activities, for instance, are guided by an artificial intelligence algorithm developed by an in-house IT team. Miny.cc uses the algorithm to analyze markets and create accurate models to predict future situations. The algorithm enhances the efficiency of the mining process to increase the firm’s profitability.

The various tools that Miny.cc all combine to provide a range of solutions for the users. These are:

A safe storage infrastructure is a necessity. Miny.cc has a wallet that is default provision with every account created on the platform. The wallet can store BTC, LTC, ETH, and MINY tokens.

Users that want to take part in Miny.cc’s mining join by creating an account on the platform. The next step is to fund the account using any of the cryptocurrencies that Miny.cc mines. Once the process is complete, a user is ready to enjoy the profits. Users should note that the reward is distributed to users depending on the balance that they have in the mining pools. It can go as high as 19% of the balance a user holds in the pools.

The Miny.cc idea is novel. The development team believes in it and is giving out commissions to users that have used the platform and have something to write home about. Such individuals get compensation for the recruits in the downline up to the 20th level. Referees should note, however, that the compensation only applies if the referred prospects create and fund their accounts.

Miny.cc comes to the market with a clear promise; simple, limitless and dynamic provisions. It is a wallet structure but most cryptocurrency enthusiasts will readily admit that the platform’s novel mining plans are Miny.cc’s strongpoint. The other provisions are worth taking advantage of all the same.

More information about the solutions is available on the website and in the detailed whitepaper available here. If you have further questions or prefer a professional touch, then you can reach the customer support team via email: [email protected]. Alternatively, join the official Telegram channel at: https://t.me/minycc and post your questions in the channel’s timeline.