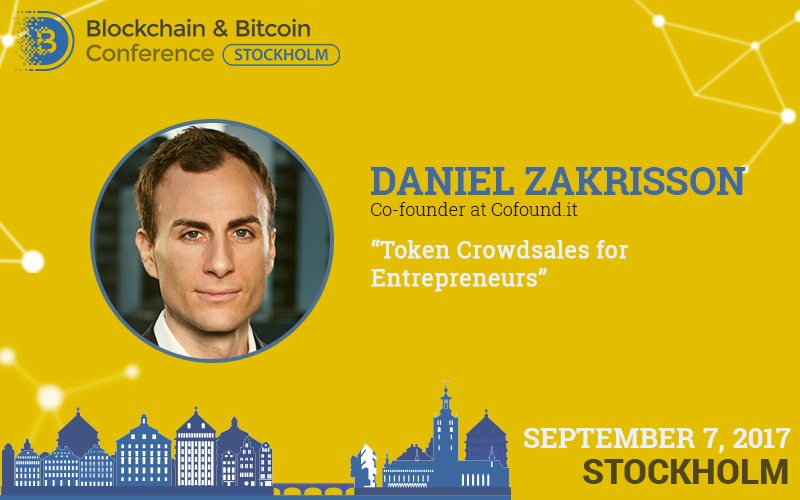 On September 7, Daniel Zakrisson, one of Cofound.it’s founders, will share his experience in conducting a successful crowdsale campaign and reveal the ICO opportunities at Blockchain & Bitcoin Сonference Stockholm.

In June 2017, his own Cofound.it platform, designed for investment-seeking and startup financing (the project was designed by the team of ICONOMI blockchain project), raised 15 million dollars within the ICO.

According to Daniel, the company got in the active work in a month after the Initial Coin Offering. Cofound.it said that more than 100 projects used their services.

Such a result made the platform founder a well-known figure in cryptocurrency community and a permanent participant of major conferences in New York, Oslo, and Miami.

At the conference in Stockholm, Daniel will speak on the topic: Crowdsale for entrepreneurs. He will tell the audience about the fundamental change of the approach to venture capital and crowdsale prospects.

The speaker will give tips on projects suitable for the ICO and a level of compatibility of crowdsale and tasks of a certain entrepreneur. Daniel will pay a special attention to crowdsale campaign regulation issues.

Find more about this and other conference presentations on the website: Blockchain & Bitcoin Сonference Stockholm.

Use promocode BLCKCHNNEWS to get 20% off.