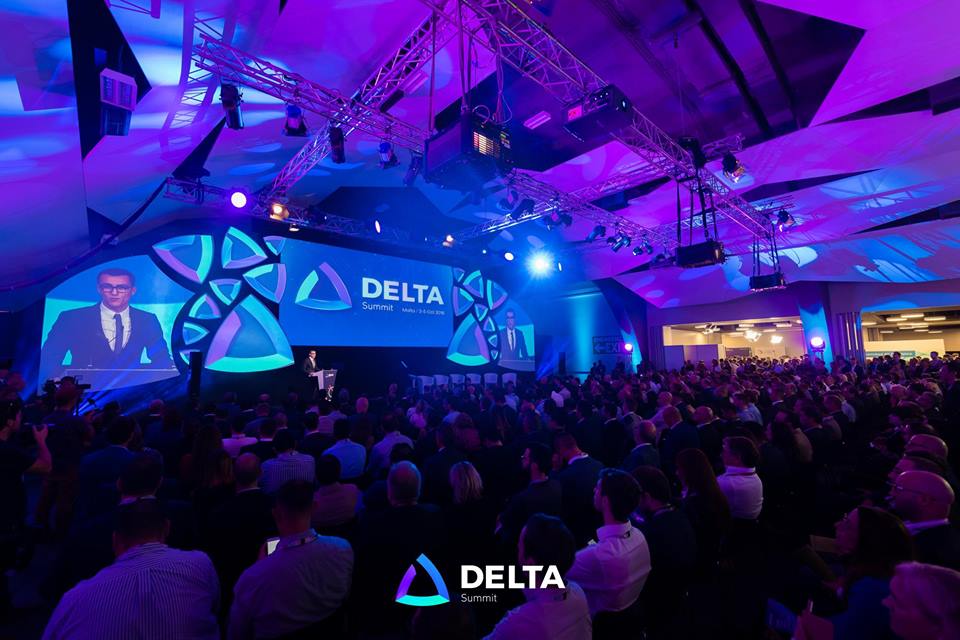 Abdalla Kablan, the founder of DELTA Summit and renowned fintech and artificial intelligence entrepreneur, has been named amongst the top 100 most influential people in blockchain.

Malta based Dr Kablan, who is in the process of organising the second edition of the acclaimed  DELTA Summit, has been recognised in Lattice80‘s 2019 list of global leaders in blockchain.

As an academic and award winning entrepreneur Dr Kablan established DELTA Summit in 2018 as a forum to bring together the best and brightest in the digital innovation space to the ‘blockchain island’ Malta, an identity he helped the country to create and which is now making it one of the fastest-growing tech hubs in Europe.

This year, Dr Kablan has his sights on doubling the size of the event and has also widened its scope to encompass other forward thinking sectors of the tech market, including AI, the internet of things, game development and esports.

“I’m delighted to be recognised on this list as one of the top 100 blockchain leaders,” he said.

“This is recognition of the work my team and I have put into building up DELTA Summit to be a guiding light in the world of technology. I am also delighted to be sharing this list with Junior Minister Hon Silvio Schembri who has led the blockchain island movement from its inception.

“I started DELTA Summit with a vision to bring positive change to the digital landscape, to merge intellectual and economic stimulation – to provide a strategic foresight into a future which we can shape today by making the right decisions. This recognition is for everyone who is  helping me to fulfil this vision.

“This year, we’re aiming even higher. We’ve expanded the focus of the event to make it in line with my objective to attract the minds and businesses to Malta, and we are looking forward to welcoming an even more diverse group of founders, entrepreneurs and projects to DELTA Summit 2019 this October.”

Work on DELTA Summit 2019 is already underway. The launch video was released at an exclusive event with Apple co-founder Steve Wozniak and Maltese Hon. Minister Silvio Schembri, earlier this month, and the team is hard at work preparing to bring the best and brightest of the tech world to Malta.

You can find out more about DELTA Summit and buy tickets on: www.delta-summit.com/