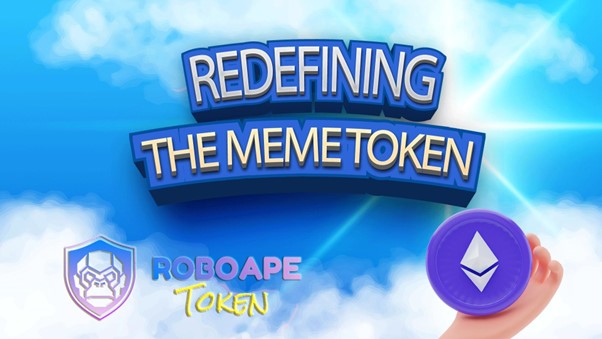 Don’t Miss Out on the chance to become a Millionaire with these Crypto coins: ROBOAPE (RBA) and MONERO (XMR)

A lot of people nowadays seek easier, quicker, and more profitable ways to earn money. Traditionally, people have been investing in stocks and real estate, but it’s too time-consuming, and some people can’t wait for that long for a great return. Over the years earning through YouTube and other digital platforms was another popular way to gain more money. After the success of Bitcoin (BTC) in 2009, the crypto market gained popularity and success. The quicker profit with little investments gave many investors the perfect platform to try their luck. Many coins are circulating in the market, and many new ones are being regularly introduced. It requires thorough research and luck to gain massive profits through cryptocurrency trading.

New crypto RoboApe (RBA) is still in its presale, and you can purchase this token and accumulate large volumes because it will be offered at attractive premium rates. This cryptocurrency stands out from the crowd by emphasising sustainable communities, rewarding culture, and economic discipline. The coin is already making a name for itself and it is designed to be a community token, with a development team working with eagerness to see their project grow organically, rather than for just pure financial gain. The RoboApe (RBA) token is a revolutionary meme token that encourages growth through sustainable community development and reward culture while avoiding financial barriers. RoboApe is built on the Ethereum blockchain.

Monero (XMR) is well-liked for its intriguing features that it provides to its users. This coin, which was released in 2014, is a secure and untraceable currency. It uses the CryptoNote encryption algorithm. It has a non-transparent blockchain and open-source code system. Federal authorities from various countries have made numerous efforts to determine how it operates; however, they have been unable to determine the number of transactions, let alone the users’ personal information.

Along with anonymity, the Monero (XMR) mining process is egalitarian. This principle states that all people are equal and deserve equal opportunities. When they launched the coin, the developers did not keep any stake for themselves, but they relied on contributions and community support to further develop the virtual currency. Monero (XMR) prices have dropped 1.47% in the past 24 hours, and 21% in the last seven days at the time of writing. It is now ranked 25th on CoinMarketCap, with a market value of about $2.7 billion as of June 13th, 2022.

RoboApe (RBA), a deflationary meme coin, claims to offer various options for connecting, generating, and regulating money in a decentralized manner. Every transaction made through the coin’s platform will be charged a small fee. The system will remove half of the charge and return the other half to the owner’s wallet. Holding a RoboApe (RBA) token could give its users long-term profit through various benefits that will be revealed soon. 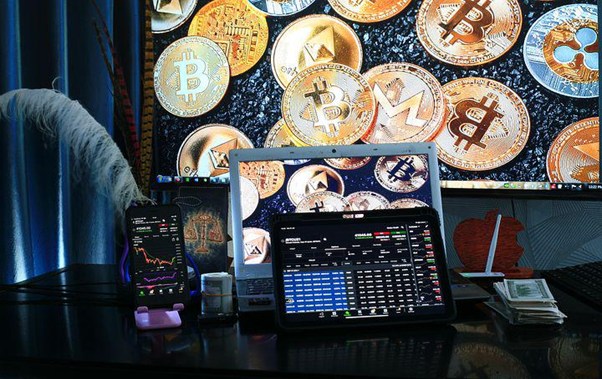 RoboApe (RBA) aims to enlighten individuals by providing a foundational understanding of the technologies that are reshaping the world. It is a free educational resource devoted to informing and educating people about cryptocurrencies. The RoboApe Academy’s primary goal will be to provide excellent training in blockchain systems, cryptocurrencies, security, finance, and the underlying decentralization ideas that enable these initiatives to take place.

RoboApe (RBA) Swap will connect separate blockchain networks to facilitate cross-chain token swaps. Furthermore, the RoboApe swap will enable the ecosystem to drive blockchain adoption, allowing consumers to become acquainted with the platform’s future goods and services. The exchange feature will support multiple currencies, and blockchain networks, and you will be able to earn rewards as you swap and trade digital assets. Users may also keep their assets on the site to stake and gain farming rewards.

In a world where numerous cryptocurrencies are launched each month, understanding the use cases and goals is critical. Each of the newly released tokens serves a specific purpose and can be used in a variety of settings. One thing is certain: crypto technology is advancing quickly, and its future looks promising. Investors can expect high-profit margins and a safer exchange market that is economical and ecologically responsible when investing in cryptocurrency-based assets, such as meme coins – All while protecting confidentiality. The value and benefits that users stand to gain demonstrate many benefits of new crypto RoboApe (RBA) tokens, and it could be great to get involved now while it is cheaper to buy.