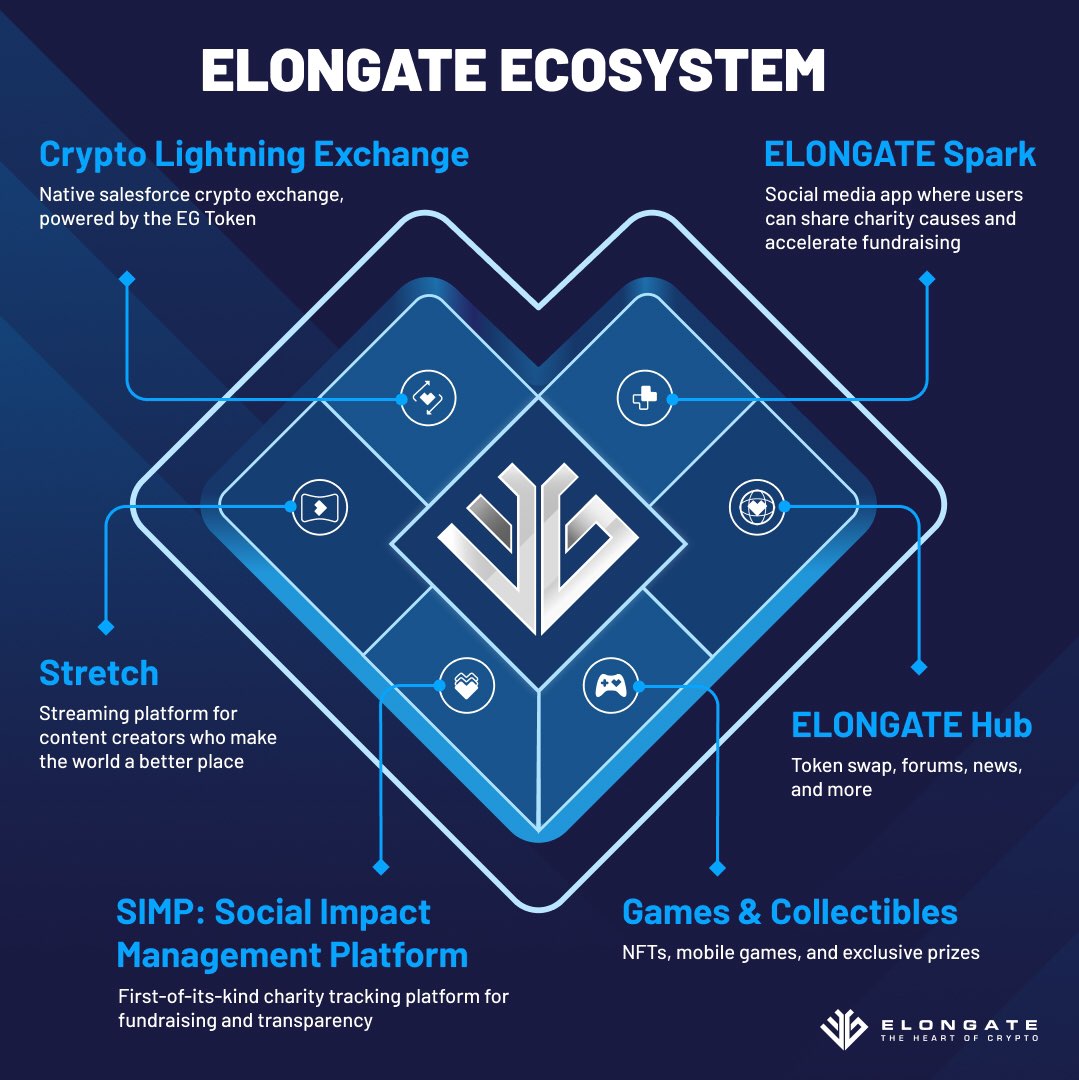 Leading Binance Smart Chain crypto and social impact frontrunner in the blockchain space Elongate recently participated in the 2021 Crypto Expo Dubai held this October 14-15 at the Festival Arena, Dubai Festival City. In just half a year since the project’s inception, Elongate – led by its Chief Operations Officer Hasan Aziz and Chief Brand Officer Alexander Gambon – revealed its blockchain tech roadmap and ecosystem for the first time. The unveiling of the Elongate tech roadmap marks as one of the crypto project’s biggest updates this year.

In their keynote speech titled The Future of Philanthropy, Hasan and Alex revealed Elongate’s tech roadmap that is composed of innovative solutions that make up Elongate’s Earn+Give Ecosystem. The speech alluded to the upcoming launch of 5 interrelated tech products centered around the Elongate token – the Crypto Lightning Exchange, Elongate Spark, Elongate Stretch, Social Impact Management Platform, and Elongate Games and Collectibles. Prior to the reveal, various pieces of information about Elongate’s tech plans were spread across social media, and a preview of their conference talk can be found in Elongate’s official YouTube channel.

According to new details on the elongate.cc hub, the Crypto Lightning Exchange is an enterprise wallet management system directly integrated with Salesforce that allows its native clients to leverage cryptocurrency transfers in their current sales processes. Elongate Stretch is a streaming service with compelling on-demand original series, podcasts, and documentaries. Content creators large and small will collaborate in this platform to create viral media that makes the world a better place. The Social Impact Management Platform is a radically transparent platform that is open to all charities around the world for showcasing and documenting social impact. Charities and NGOs that receive donations will provide direct updates, funds tracking, and create new opportunities for fundraising directly with their patrons.

The Elongate Spark is a social media platform where users can like and share social impact causes, accelerate fundraising campaigns, and communicate with passionate supporters around the world. Finally, Elongate Global is also in the works of developing mobile games integrated with its Elongate token and gamification mechanics that bridge its mission of earning and giving. Exclusive collectible NFTs are also in development that integrate with the gaming products and provide various exclusive access points.

During the expo’s awarding ceremonies, Elongate was awarded Best Social Impact Project on the Blockchain, a culmination of Elongate’s socially impactful initiatives. The conference was attended by various tech and blockchain luminaries and leaders of other token projects.