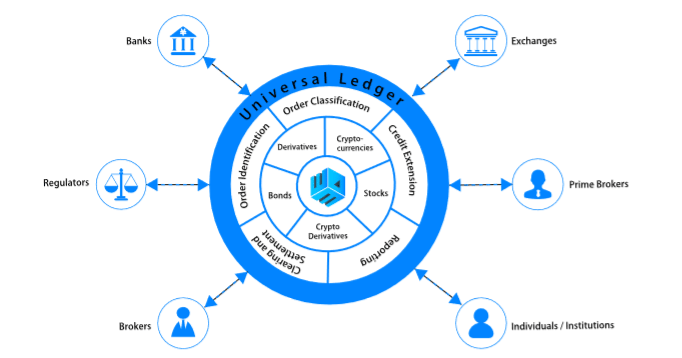 EOE (Exchange of Exchanges) is a Global Asset Chain, which will connect exchanges, banks and other financial institutions across the globe based on blockchain technology, and help clients to trade diversified and innovative financial products (including but not limited to stocks, bonds, derivatives, cryptocurrencies, crypto derivatives, and structured products with cryptocurrencies as their underlying) with just one single account and a one-time KYC authentication procedure. EOE will be open to all the individual and institutional investors to establish a standardized integrated KYC authentication system and a unified trading, clearing and settlement system based on the features of blockchain, such as tamper-resistance and smart contract.

Seoul – 31 May,2018, EOE team was invited to attend 10th Blockchain Symposium in Seoul. Blockchain Symposium is organized by SYNCO, which is incorporated in South Korea and Hong Kong. It is Asia’s leading blockchain community network. It offers a comprehensive suite of services in media, education, investments, and blockchain centers. The Symposium bring together speakers and guests from various backgrounds including startups, developers, investors etc.

This is the first time that EOE team been to South Korea. During this Symposium, Our team was impressive by how popularity of Korean society in blockchain and cryptocurrency. Many Koreans came to our booth and knew how EOE project works, they showed a huge interests in EOE project.

Rex Li, the Independent Director of EOE delivered a speech at forum, he shared the vision and technical parts of EOE project. In addition, he explained that the core insight of EOE is connecting traditional finance with blockchain technology, and EOE is able to take drive of this train by holding various financial regulatory licences. According to Rex, the biggest challenge for centralized exchanges is capital security and credibility due to the risks of price manipulation and fraud. With this, Rex Li proves that it is true that EOE can largely be attributed to the one in one system which aims to establish an all-asset-class trading platform called “Universal Ledger” based on blockchain technology. At the panel, Rex Li shared the values of EOET(EOE token) and the global stances of EOE, he talked the connections and marketing strategy in Korea.

Seoul–1st June 2018, EOE had a close meeting with various investors who are elites from different industries and investment institutions. They were interested in the way how EOE solves out the pain points of traditional finance. The whole meeting was active, not only the discussion between attendees and team was hot but also many suggestions were proposed by investors.