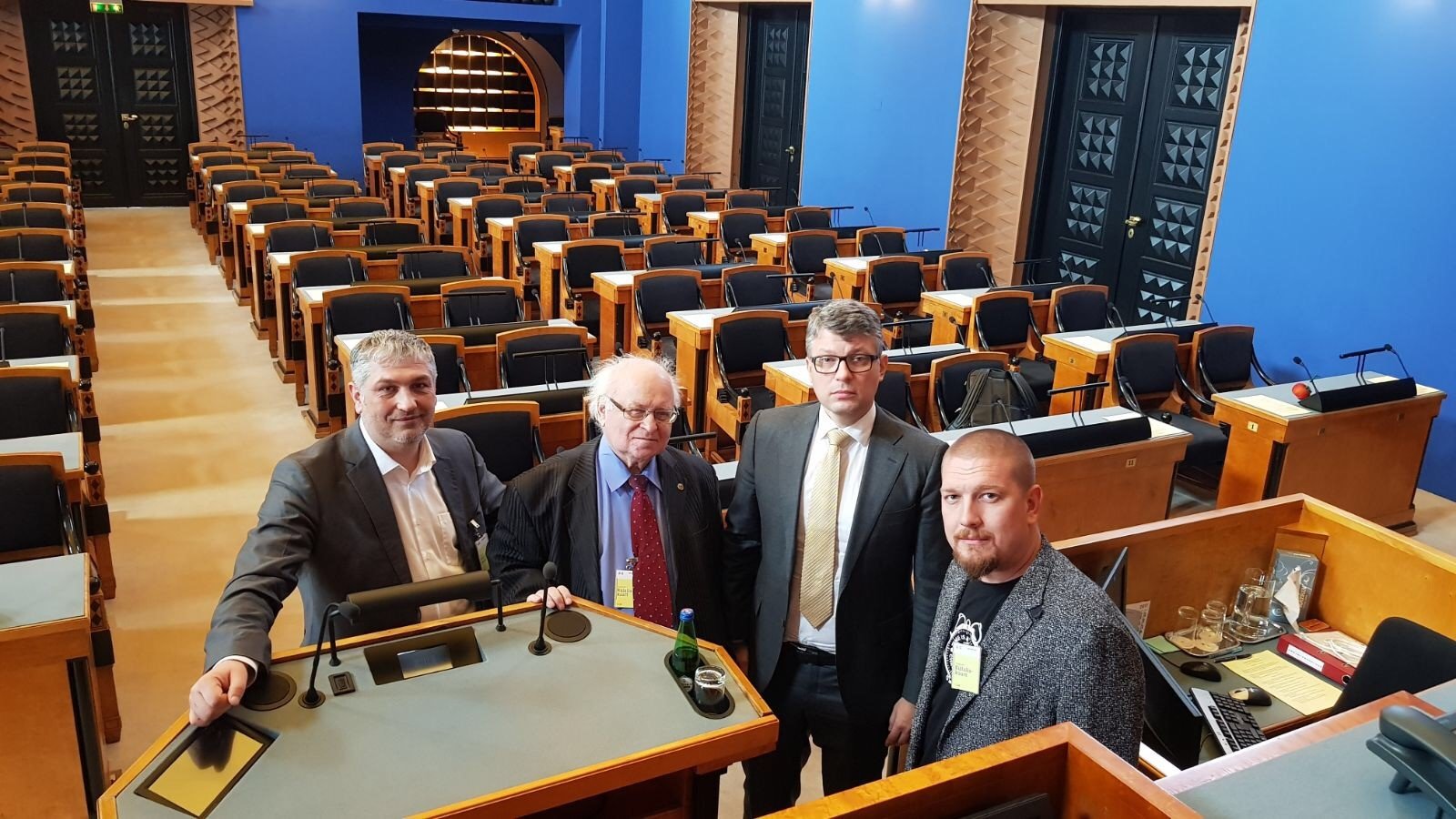 In the Parliament of Estonia, Mikhail Korb, a Member of Parliament and the Secretary-General of the Centre Party of Estonia held the meeting with Sergei Sergienko, the owner of the Australian project ChronoBank, Denis Tsyro, the Head of the international organization G-Global Business Portal and Hanon Barabaner, the Deputy Chairman of the Eurasian Economic Club of Scientists.

The meeting led to the signing of a cooperation agreement between the G-Global Business Portal and ChronoBank. Parties agreed on the development of joint activities in the direction of human resources management during the digitalization of the real sector of the Estonian economy.

Consulting marketplace G-Global Business Portal is an auxiliary tool for digitalizing enterprises in Estonia. Digitalization implies the transition of the economy to new formats using cryptocurrency.

ChronoBank is ready to provide an alternative to traditional financial systems – a new generation of time-based currency utilizing the latest developments in blockchain technology.

TIME token is linked to average hourly wages, is inflation-proof and have next to zero volatility. It is possible now to tokenize labor – the most tradeable resource in the real economy. Blockchain technology is the key to discovering new employment opportunities.

The use of the TIME token at enterprises will ensure a stable evaluation of the productivity of a person during working hours. The ChronoBank system can measure the real efficiency of the employee and inform the employer about the usefulness of the employee for an enterprise.

Denis Tsyro, the Head of the G-Global Business Portal platform, will integrate ChronoBank’s systems into the consulting marketplace.

The meeting was attended by Boris Berkovs, the Board Member of the TokenEst, who also expressed a desire to take part in the tokenization of enterprises of the real sector of the economy and offered his platform for ICO placement in Estonia.

After implementation of the G-Global Business Portal in Estonia, it will be scaled to other countries.

G-Global Business Portal has an agreement on the promotion of the consulting marketplace in Kazakhstan.

Tags: ChronoBankestoniatime token
TweetShare
BitStarz Player Lands $2,459,124 Record Win! Could you be next big winner? Win up to $1,000,000 in One Spin at CryptoSlots