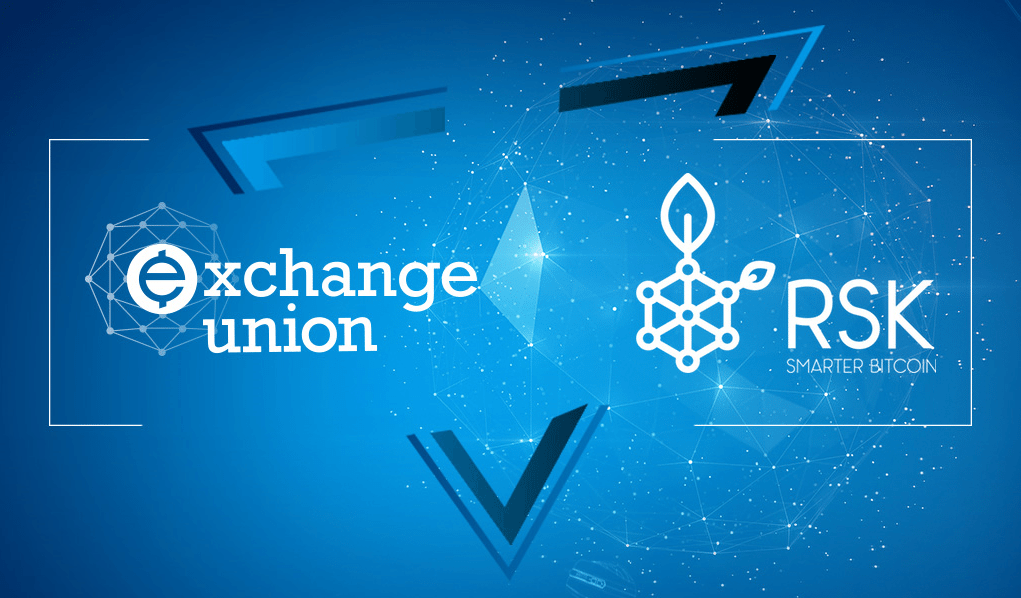 Exchange Union is excited to announce a partnership with Rootstock (RSK), the first open-source smart contract platform powered by Bitcoin. The partnership paves the way for both parties to benefit from both technological and liquidity perspectives.

RSK’s blockchain is secured by Bitcoin merge-mining, rewarding Bitcoin Miners with an additional revenue stream and allowing them to participate in the Smart Contract revolution. Bitcoins can be transferred to the RSK sidechain where they become “SmartBitcoins” (1BTC = 1SBTC). Conversely, they can also be transferred back into Bitcoins at any time. SBTC is not minted nor has pre-mined coins, therefore has no speculative value which is why RSK’s solution complements Bitcoin rather than competing with it. Exchange Union will cooperate with RSK in developing payment channel & atomic swap technology, aiming to integrate RSK’s SBTC into the Exchange Union network. This enables SBTC to be traded against all other tokens on Exchange Union in a decentralized, instant and trustless manner and makes SBTC available on all exchanges in Exchange Union. This greatly improves liquidity for SBTC and offers the best market price for anyone trading in SBTC. The smart contract capabilities of RSK will additionally provide advanced functionality for the Exchange Union Network.

“This partnership is very important for us, as it helps Dapps developers access SBTC instantly on every exchange of the union, to run their smart contract applications on top of Bitcoin and RSK technology. Exchange Union is a clear example of innovation, talented team and global reach.” – Chief Business Development Officer at RSK, Henry Sraigman

RSK is a Bitcoin Sidechain which brings Ethereum style Smart Contracts and ‘Dapps’ (Decentralized Applications) to the Bitcoin ecosystem. There have been many exciting projects on the Ethereum chain such as Golem which will allow users to rent out idle computing power to other users for a fee. Smart Contracts will allow Bitcoin to grow beyond the store of value, and with native scalability of one hundred transactions per second (this is the same level as PayPal for reference) coupled with near-instant payments makes Bitcoin much more viable to use as a currency.

“Teaming up with Rootstock is going to be very advantageous for the both of us. We’re excited to kick-off this relationship with such an accomplished group like Rootstock.” – CEO of Exchange Union, James Wo, on the partnership.

What is Exchange Union?

Exchange Union is a decentralized network which enables the trading of cryptocurrencies across digital asset exchanges instantly and securely, generating increased liquidity and providing the best possible price for the end-user.

RSK Labs is the company behind the Project codenamed RootStock, a smart contract platform with a 2-way peg to the Bitcoin Blockchain. RSK founders have been actively involved in the Bitcoin ecosystem and smart contract development since early 2013. The company was founded in 2015 and its initial white paper was later published on December 2015.