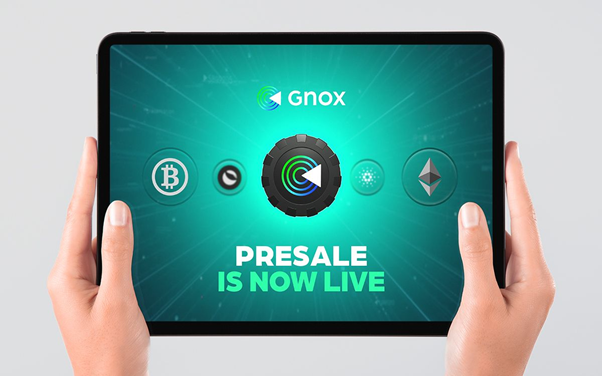 Experts Are Calling Out That Bitcoin Is Dead. Projects Like Gnox (GNOX) And Fantom (FTM) Ushering In New Age Of Crypto.

While Bitcoin might not be completely finished yet, maybe now is the time for a new era of crypto. Just because it was the first and has been the biggest—that doesn’t mean BTC is going to stay the biggest. It also doesn’t mean it’s going to lead the way for a new generation of cryptocurrencies that solve some of the main issues associated with coins that came before them. Remember how MySpace was the “first” social media site of its kind, and was popular for a while, before Facebook arrived on the scene and completely dwarfed any of its achievements by creating a much more compelling and usable platform. Maybe the crypto space is heading in the same direction, and while Bitcoin is undoubtedly the only coin to really hit the mainstream’s attention so far, it has still been held back by a number of key issues to its infrastructure. These issues are being fixed by a range of other projects, and maybe now it’s time for one of them to shine.

Is it time for GNOX to shine?

GNOX has a ton of potential upsides. It’s perfectly placed for the new age of crypto, one that actually crosses into the mainstream world and is used by regular people, rather than just price-speculated by the few. That’s because its got incredible long-term passive income potential thanks to a unique system called “Yield Farming as a Service”.

A treasury of funds is built from a sales tax on GNOX transactions, which while being pooled for a few other uses (price stability, marketing and hourly cashback for users) the vast majority is re-invested into a range of other crypto projects. These can be low-risk (like stablecoins), medium-risk, or high-risk (things like NFTs). And holders get a vote on how much risk they’re happy for these funds to be liable to, making it a truly democratic system. But most importantly, users don’t have to get involved with the nitty-gritty of DeFi investments like staking and liquidity pooling. In fact, they don’t even need to know what these strategies are.

So unlike many other ways to earn passive income in the DeFi space, GNOX holders simply get to sit back and count their passive income (paid out from treasury investments to holders every month). This isn’t semi-passive like some of the DeFi investment strategies. It’s actually passive. And it makes GNOX perfectly placed to introduce DeFi investment benefits and real passive income to regular and institutional investors who might previously have been reluctant to invest their funds in this way. Now they can get real passive income with GNOX. And Gnox is already up massively in recent weeks, so it’s got short-term potential for gains too. Still available at a discount in pre-sale, now could be the time to add GNOX to your portfolio.

Fantom has also been at the forefront of pioneering a new age of crypto for its holders. Built as a completely scalable blockchain, Fantom is a hub of development for a range of enterprise solutions and crypto apps. This makes it well placed for the future of crypto development, not just as a token, but as an entire ecosystem of potential. And despite some recent losses in line with the rest of the market, prices have shown some consolidating strength recently. Maybe now could be the time to add FTM to your crypto portfolio.

Both GNOX and Fantom could help bring in a new era for crypto—one that’s less reliant on industry-stalwarts like Bitcoin. That’s why we’re recommending GNOX and FTM.