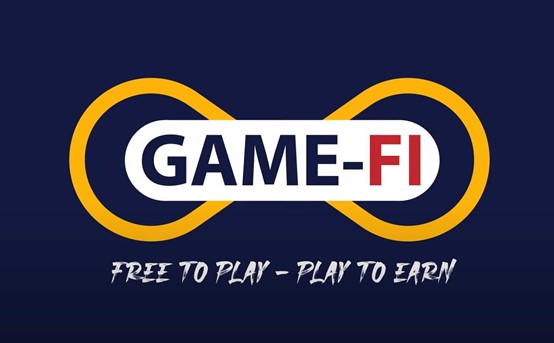 After several years of development in the chain game market, phenomenal games such as Axie Infinity have appeared, and game revenue has even surpassed World of Warcraft, making GameFi the current focus and active in front of the public.

GameFi can be understood as Game+DeFi. The core value lies in the integration of financial elements into the game, perfecting the game economy through financial attributes, and at the same time promoting the financial attributes of the game through the game economy, supporting and relying on each other, forming a dynamic balance and healthy development. Allowing players to make money during the game is the most attractive part of GameFi, that is, the play to earn part of GameFi. Not only that, GameFi also contains a wealth of Defi gameplay, such as game prop asset NFT, game economy combined with liquidity and mining. Of course, in addition to play to earn, GameFi has a more long-term significance in that it provides users in the real world with a window to see the appearance of the metaverse. Therefore, GameFi is regarded as the next outlet of blockchain with great economic value and investment value.

When it comes to GameFi, we have to mention the hottest head GameFi games such as Axie Infinity, Decentraland, and Sandbox. Although these games have achieved great success, the problems have become increasingly prominent. The global GameFi market is even more mixed with good and bad. What’s more, a game name and a few game pictures begin to go on sale. The economic model design directly points to DeFi, and lacks in-depth thinking and cultivation in the game direction. However, there are currently many emerging projects in the world worthy of attention. Singularity Universe is a very promising GameFi game.

The IP of GameFi is Game

The reason why GameFi is valuable is that the IP attribute of the game itself is extremely important. Just like the land and flowers, finance is the land, and the flower of the game is what irrigates and nourishes. In terms of game content and IP building, many projects have begun to stand out and take the lead. Singularity universe has strong content value and playability value in this regard. Singularity universe is a Star Wars theme GameFi created by global geek players. It is also a metaverse world with the background of universe exploration and adventure. It is prepared for more than two years. Players can build their own planets or star systems in the game to obtain a sense of game experience and economic benefits.

Economic model is the core of GameFi

The reason why it is regarded as a very promising GameFi project, the Singularity universe has the following characteristics in the design of the economic model.

Singularity universe will issue native functional tokens SGLY based on the BSC chain, totaling 210 million pieces, and will never issue additional tokens. Game assets such as constellations, star systems, and battleships in the game, game incentives, and liquidity mining are all obtained and reflected through SGLY, allowing game tokens to be tightly integrated with players and truly allowing economic models to penetrate all aspects of the game.

Singularity universe play and earn rewards can be obtained through game qualifying, planet elites, club PK, exploration, etc. There are various ways to earn, and you can really earn while playing in the game.

High-value play to earn rewards is very good for players, but a mature and complete GameFi game system requires the cooperation of all sectors. Singularity universe has done a better job at this point. In addition to earning money, it has allocated reasonable SGLY tokens to initial core players, clubs, ordinary players, core teams, hatch funds, and liquidity mining.

According to the official news of Singularity universe, Singularity universe will rush to identify a group of initial core players, known as 88 constellation rulers and more than 4000 star system executives, through NFT. Singularity universe will determine their rights through NFT and grant SGLY. Token rewards, material packages, etc. Due to the uniqueness and indivisibility of NFT, the NFT of game assets allows players to firmly control their assets. It is worth mentioning that the initial core players can also get additional game income distribution every month. In terms of long-term investment, it can be said to be a very cost-effective investment.

In addition, Singularity universe will use 17% of the total SGLY for liquid mining. Liquid mining is the root cause of the DeFi popularity. Singularity mobilizes a large amount of SGLY to smoothly integrate DeFi into the game. Players continue to mine while LP received SGLY rewards and successfully gamified DeFi rules.

One of the major characteristics of the metaverse is freedom and unlimited. As the metaverse GameFi, the Singularity universe is also a transparent and free world, and the construction of such a huge world requires a continuous stream of players and users, so the Singularity universe has a considerable SGLY As a reward, attract global clubs to join Singularity. Singularity will also provide some help to the guilds that join, so that the public can get cash income. On the one hand, the joining of the guild can increase the activity of the game, maintain the order of the game, and promote the development of the Singularity ecology; on the other hand, the club can also give ecological advice to a certain extent and achieve decentralized governance.

According to the Whitepaper, the income of Singularity universe mainly comes from item income, taxes and fees, and 40% of the game income will be used for the continuous construction of the game. The more mature game architecture often has a longer life cycle, and the extension of the game life cycle is also a major difficulty. The Singularity team will use the bulk of the revenue to support subsequent game development. This is undoubtedly the performance of being responsible for the game, and we can also see Singularity’s determination to play the game. The subsequent development may include the continuous update of the version, the enrichment of the gameplay, and the upgrade of the reward mechanism.

There are endless GameFi games on the market. If you want to truly identify a good project, you need to comprehensively consider the game structure, team, token economic model, and follow-up support. The Singularity universe has been brewing for two years, the structure is mature, the development team is composed of high-end geeks from all over the world, the SGLY pass model is complete, and the subsequent appreciation space is high, and there is a high return of play. From the current point of view, this is a new GameFi game worthy of attention.