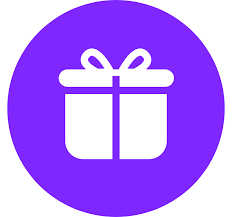 “Gifto and TRON are both innovating the content creation space using blockchain technology and together we will be able to offer anyone an alternative to the standard model of content creation ownership and monetization that is available today,” said Andy Tian, the former head of Zynga China and now the CEO of Asia Innovations Group (AIG) – the creator of Gifto. “Very soon, content creators will enjoy the benefit of blockchain technology and we are thrilled to partner with Tron to help make this a reality.”

Gifto is being launched by Asia Innovation Group, the creator of Uplive, a live streaming mobile application with over 20 million users that uses virtual gifting to reward content creators on their platform. Every month, millions of people use Uplive to view livestreamed content from over 60,000 content creators on their platform.  The company has stated that it will earn over $100 million of projected revenue in 2017 alone from virtual gifting on Uplive.  With Gifto, this technology is being brought to the blockchain and made universal so that virtual gifts can be created, curated, tracked, bought, sent and exchanged across any content platform such as YouTube, Instagram, and Facebook.

“We are excited to partner with Gifto and Asia Innovations Group to further expand the usage of TRON platform and technology,” said Justin Sun the founder of TRON and a member of the Forbes Asia 30 under 30. “This partnership is putting together two companies that both have successful consumer entertainment apps, and both using blockchain technology to disrupt entire industries in the years to come.”

TRON is a decentralized content protocol that aims to establish a global free content entertainment ecosystem through blockchain technology. It allows each user to freely publish, store, and own data. The content creators will be empowered through the free creation, circulation, and trading of digital assets under decentralized self-governance. TRON will be one of the first Ethereum compatible protocols to support fast micro-transactions at scale in Q1 2018.  TRON will use its transaction technology to support Gifto’s roll out to millions of users.

Tron was founded by Justin Sun, the former Greater China chief representative of Ripple.  Justin was featured in 2015 and 2017 Forbes Asia 30 under 30 and was a member of the first cohort of entrepreneurs at Hupan University, an elite business school established by Jack Ma, the founder of Alibaba Group. According to coinmarketcap.com, Tron has a total market cap over $4.3 billion.