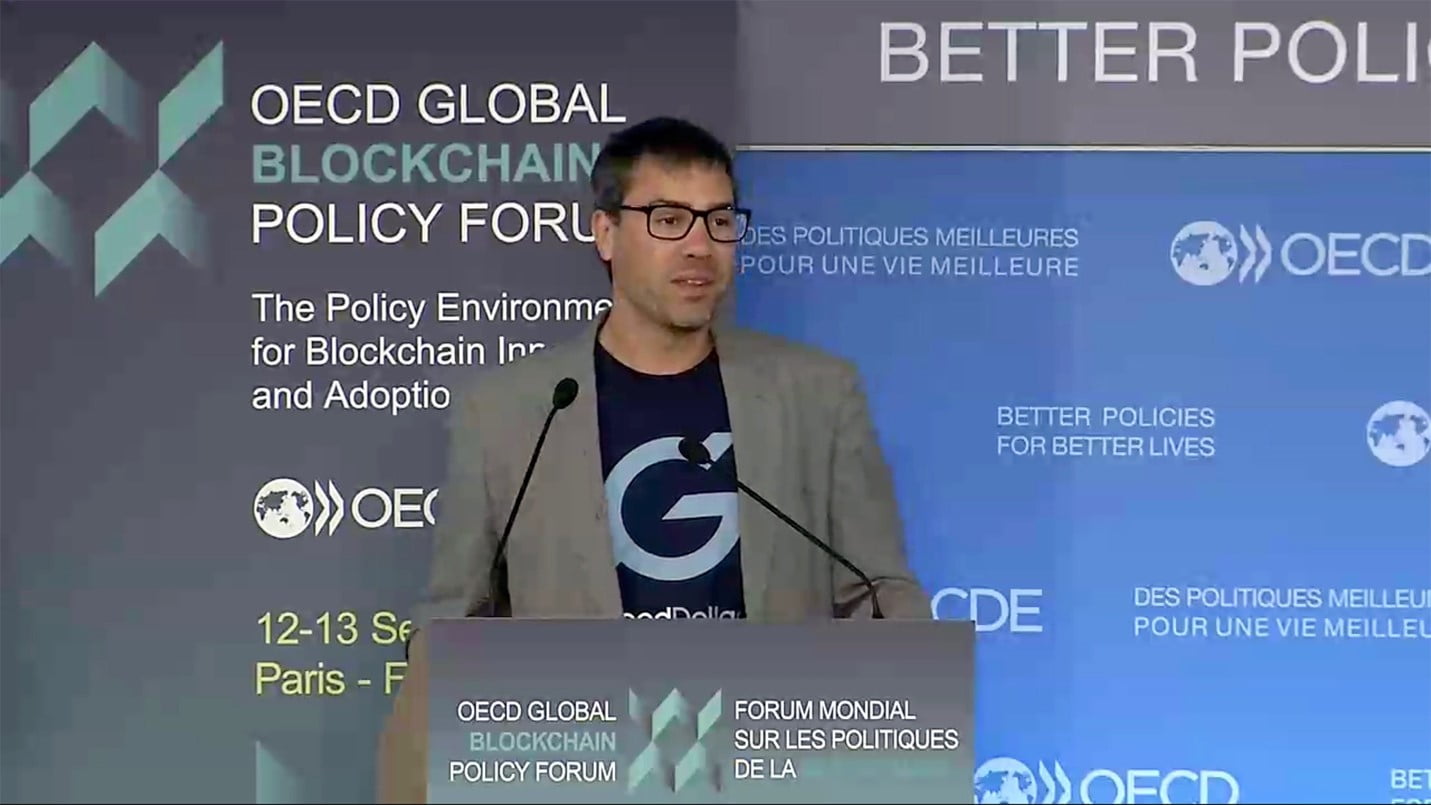 The blockchain ecosystem is moving fast with pressure on governments and institutions to keep abreast of the latest innovations. At the prestigious event, held in Paris, the OECD gathered industry leaders together for the second year in a row to discuss the hype around cryptocurrencies and the possibilities that the technology brings to make social impact and lasting change.

Mr Assia told delegates that GoodDollar is launching a decentralised cryptocurrency – also called GoodDollar, or G$ – powered by blockchain, in a bid to reduce global wealth inequality and “fix one of the biggest problems in the world”.

“Today, 94 per cent of the wealth in the world is actually held by the top 20 per cent,” he said. “An even more mind-blowing number is that the richest 26 people in the world have more wealth than the lower 3.8 billion.”

“A lot of very smart and very wealthy people understand that this is a big issue and they understand the responsibility of the elite, or top percentiles, to make sure that we fix this problem before it becomes too significant.”

Mr Assia explained that because of the development of cryptocurrencies and blockchain technology in the last decade, there is “a new opportunity” to rebalance wealth distribution. GoodDollar has been created on using universal basic income (UBI) principles, whereby every one of its members receives daily income to create more inclusive economies and help reduce global wealth inequality.

He delved into the implications and opportunities for global change and outlined how GoodDollar is able to work with relevant stakeholders to bring about economic progress on a global scale.

“We are seeing a paradigm shift: new opportunities with new currencies that are not national, government-led currencies, but people use those currencies both as a unit of account as a medium of exchange and as a store of value,” continued Mr Assia, who first shared the idea of addressing wealth inequality a decade ago in an article published on November 2008 entitled The Visible Hand. “That is, in my opinion, a great paradigm shift in the history and future of money.

“In addition to that, blockchain technology also enables us to use smart contracts or actually write code into money and create out of money something that is programmable, something that we can agree on, via code.”

Many other organisations realise this unique chance, but also want to work alongside like-minded teams. GoodDollar facilitated the establishment of the OpenUBI community to encourage collaboration and discussion around UBI and its technological implementation. There has been a number of OpenUBI events all around the world since its inception in November 2018.

“We have found about 30 different teams working on what we call OpenUBI,” Mr Assia said. “As you can imagine, with these being non-profit companies, there is a lot of collaboration.”

The GoodDollar team is part of the emerging community working to build a community to define and share best practices in public blockchain initiatives across the world. The goal is to create a coalition between private and public sectors via partnerships that encourage adoption of not only the technology but the economic expertise.

Not only is the presentation of a unique, reliable financial infrastructure likely to promote economic activity, but the openness and transactability may also introduce consumers in unbanked regions to already existing solutions for microfinancing or local development loans, Mr Assia argued.

“It is, from our point of view, a very long-term project – so it can happen in three years, or 30 years,” he added of GoodDollar. “But we do believe that with a crypto rally and organisations like the OECD doing blockchain events that this is the right time to think about these concepts.”

Visit the GoodDollar website and test version of our digital wallet and coin with built-in basic income. https://community.gooddollar.org/alpha/