Helium to Bring Complex Global Supply-Chains onto the Blockchain, Launching 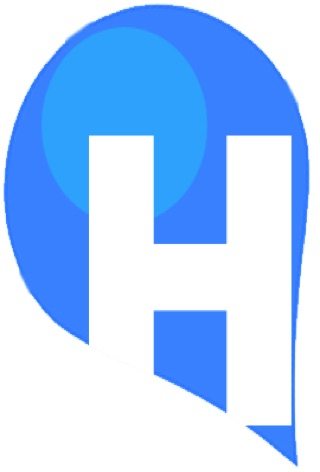 Helium is a digital currency and global payments network that you, the user, controls. Offering both Service and Master Nodes, Helium is creating a new digital ecosystem that increases security for blockchain networks while spurring innovation and commerce.

The Helium network will be launching this September and the traction behind the ambitious project has ramped up over the summer with the creation of the Helium Blockchain Alliance. The Alliance will act as a governing body to help spur innovation within the construction and infrastructure industries through blockchain adoption. Helium’s focus is to help take the world of complex supply chains and on-board them into the blockchain technology, increasing security, communication and transparency while reducing costs

The Helium team is comprised of an experienced group of blockchain pioneers, including visionaries who have deep supply chain and global payments knowledge. The team is led by co-founder Jason Cassidy, who has been active in the industry since 2012 and has become a fixture within the world of blockchain technology Jason offers advice to governments and businesses, sits on several advisory boards to blockchain start-ups and is the co-founder of both Blockchain TV. and Crypto Consultant.

Send instant payments to anyone in the World. Helium is a secure and private currency that is also a payments network. It is backed by the innovative technologies that allows it to secure other blockchain platforms of scale. Helium’s mobile wallet offers unparalleled protection and privacy of all your finances.

Helium is building an entirely peer to peer payments network, giving users the same services that an online processor like PayPal does, without the risk of having someone else control your money and information.

Helium’s is applying for several patents to enable the network to compete with traditional banks and online payment networks.

The new approach will revolutionize the way digital currencies are used by ordinary everyday people and businesses, removing the barrier of entry to using cryptocurrency and offering the first ‘ killer app’ to the blockchain space.

In addition, currency services for Helium like the ability to send payments instantly as well as send private payments to anyone will be handled by Master Nodes.

Blockchain as a Service (BaaS) is quickly becoming the standard method of utilising the power of decentralized networks. Helium’s cloud blockchain services takes the concept of Master Nodes and builds a robust economy around it, providing security and longevity to the network.

All types of cloud services can be offered via Service Nodes, which acts as a support layer to the Master Node network. Using an Uber type rating system, service providers are rated by the network and by users to ensure everyone is getting the maximum benefits out of the being part of the Helium network.

Service Nodes allow anyone using the Helium network to run a Bitcoin full node in the background by just launching an app on a smartphone. This greatly increases personal security by creating an encrypted connection between your smartphone and a network like Bitcoin, along with increasing the underlying security of the network itself. If service providers choose to offer different digital currencies, you would also able to run the full node of any other digital currency of your choice within the Helium Service Node network.