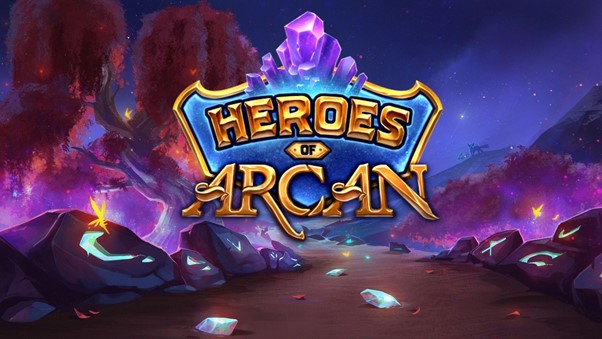 The blockchain gaming ecosystem has exploded in popularity over the last year, with play-to-earn NFT-driven blockchain gaming projects accounting for over $4.5 billion in cryptocurrency trades from 2021 to 2022.

“Play-to-earn” games, which empower players with the ability to exchange in-game efforts for real-world currency, have established a new vanguard of blockchain-enabled gaming experiences. Despite the popularity of NFT-powered games and dApps, however, few play-to-earn projects align with the decentralized nature of blockchain technology.

Heroes of Arcan is a new blockchain gaming project that aims to establish a return to “play for fun” within the play-to-earn paradigm, offering players a dynamic, player-driven economy directed by a decentralized autonomous organization.

Bringing “Play for Fun” Back to Blockchain Gaming

Heroes of Arcan launches players into a decentralized heroic fantasy strategy game in which game elements are minted to the blockchain as NFTs. The Heroes of Arcan universe offers deep lore, strategic gameplay, and a robust player-to-player economic model that provides players with the ability to amass sources, expand their territory, and generate profit for fun within an epic fantasy world.

The Heroes of Arcan project focuses on creating a vibrant, fun, and lucrative gaming universe in which players are able to engage in social and strategic partnerships with one another. Rather than focus solely on the “earn” element of “play-to-earn,” Heroes of Arcan is wholly committed to attracting fans and enthusiasts of the heroic fantasy genre through interesting, engaging, and challenging gameplay.

The in-game economy of Heroes of Arcan is driven by several other critical resources that are used in territory expansion and maintenance that include Gold, Wood, and Food.

Players collect resources by crafting and using tools — each primary resource can be collected by a series of tools that each offer different levels of operating performance based on level. Interacting with Gnomes, a non-playable mercantile faction, allows players to access significantly more efficient resource collection tools.

The World of Arcan

Heroes of Arcan is a strategic territory and resource management game that incorporates elements of heroic fantasy and exploration. New players are thrust into the world of Arcan, selecting from factions that include the warlike Conquerers, sorcery and magic-focused Wiser, and the diplomatic Preachers to compete for dominance.

The social and community aspects of Heroes of Arcan allow players to network and communicate with one another through social media channels that promote inter-faction conflict and intra-faction cooperation, creating opportunities for strategic alliances and betrayal in the quest for resources and territory dominance.

Players increase their power and holding within the world of Arcan by collecting various resources, recruiting new Heroes, and capturing new territories across an in-game map that consists of 10,000 NFT territories. In-game resources are collected through crafting and tools as well as randomized loot drops through a daily chest dynamic and quests.

Heroes offer players unique and powerful passive powers — Heroes of Arcan provides players with three Hero slots that can be used simultaneously, as well as the ability to collect and trade additional heroes within a player-to-player marketplace. Heroes allow players to access additional game features such as quests and missions or search for new resource

Each gameplay element within the Heroes of Arcan economy is represented by an NFT, allowing for direct player-to-player trade. Some gameplay elements are far more valuable than others — land tiles, for example, are limited to just 10,000 plots at launch and offer significant ongoing resource collection advantages.

Players collect resources by crafting and using tools — each primary resource can be collected by a series of tools that each offer different levels of operating performance based on level. Interacting with Gnomes, a non-playable mercantile faction, allows players to access significantly more efficient resource collection tools.

Resources collected by players can be used to either create better, more effective tools, or traded within the Heroes of Arcan player-to-player marketplace. Resource collection is critical to the growth of a player faction within Heroes of Arcan — in addition to use as a strategic resource and means of generating real-world profit, resources are also used to repair, maintain, and optimize resource collection tools.

The Arcanium token (ARCAN) is the utility token of the Arcan universe and is used to purchase in-game resources and items, craft tools, and open chests. ARCAN is also used to participate in the Heroes of Arcan DAO, allowing players to contribute directly to the development of the game. 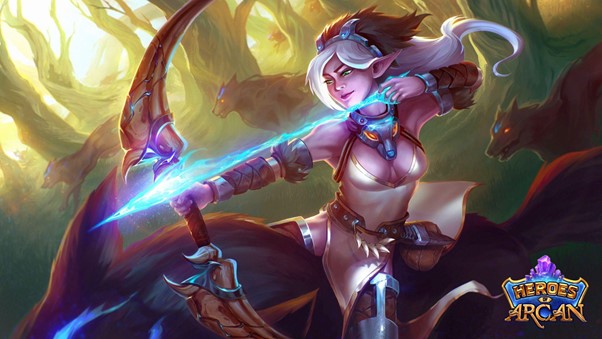 Heroes of Arcan operates on the WAX blockchain, which offers a number of advantages over Ethereum as a play-to-earn game platform.

The WAX blockchain is capable of executing up to 300 transactions per second and allows Heroes of Arcan players to create and trade NFT game elements with far lower transaction fees than other blockchain networks.

Heroes of Arcan is committed to creating an ethical, environmentally friendly NFT-based game. The carbon impact of the NFT economy has a significant impact on the environment — The average NFT transaction on the Ethereum network, for example, incurs a carbon cost of 33.4kg of CO2.

The WAX blockchain, however, is completely carbon neutral. WAX uses a delegated Proof of Stake consensus algorithm that incurs a tiny fraction of the energy cost used by Ethereum to execute a transaction.

Heroes of Arcan, spearheaded by founder Thomas Gio, is under active development, with a private sale of ARCAN token sale underway. A Heroes of Arcan public token sale and NFT collection is scheduled to launch in Q2 2022, which will see 9 percent of total ARCAN tokens offered to players and NFT enthusiasts.

The first version of the Heroes of Arcan game is set to launch in Q3 2022, with additional features such as Heroes, Potions, Lands, and Building scheduled for a Q4 2022 update.

More information on Heroes of Arcan and the upcoming public ARCAN token sale can be found via: