On April 8, Axiom Space launched the first-ever private space mission to the International Space Station (ISS). Ax-1 mission is the first-ever private mission to the ISS, and consists of former NASA astronaut and Axiom vice president of business development Michael López-Alegría as commander; American entrepreneur and non-profit activist investor Larry Connor as a pilot; Canadian investor and philanthropist Mark Pathy as mission specialist; and impact investor and philanthropist Eytan Stibbe of Israel as a mission specialist.

The four astronauts did not travel to the stars alone. With them are 30 super rare House of Legends NFTs, which drop into an auction with all proceeds going towards changing lives on Earth.

House of Legends is a blockchain-based brand that leverages the power of NFT and Web3 technology in order to make a real-world impact. NFTs hold the power to change lives for collectors, investors and creators – and HOL is using this immense new digital force to change lives for more people around the globe. Now, HOL has the support of Eyatn Stibbe, Ax-1 team member, and his Rakia Mission, one of the visionary enterprises of our time.

The Ax-1 Mission sees four humans push boundaries like never before. On April 8, they made history as the first private space mission crew to the International Space Station (ISS).

Ax-1 uses a SpaceX Falcon 9 rocket and Dragon 2 capsule to transport the four astronauts to the ISS for the 10-day mission. Among them is Eytan Stibbe, an Israeli impact investor and philanthropist, who is going as part of Rakia mission.

The underlying goal of Rakia is to recognize the prospective benefits of space exploration. Its purpose is to draw on the curiosity associated with human space travel and to unleash its creative potential by raising awareness to the importance of preserving Earth’s limited resources and fostering a commitment to international collaborations and the advancement of space research. As an educational endeavor, students, educators, researchers, intellectuals and the general public are stimulated by their exposure to the many scientific experiments conducted on board the space station and equally by the demonstrations of the use of Israeli technology. The mission’s educational goals is to further the live transmission of educational content to Israeli children and the unique opportunity to see Israeli art being made and exhibited. Because no dream is beyond reach.

As part of the mission, Stibbe showcases the House of Legends’ new public-spirited project, which aims to change the lives of a million people on Earth. The honorary ‘Wish Upon a Star’ series of 30 NFT artworks, is created especially for this mission. 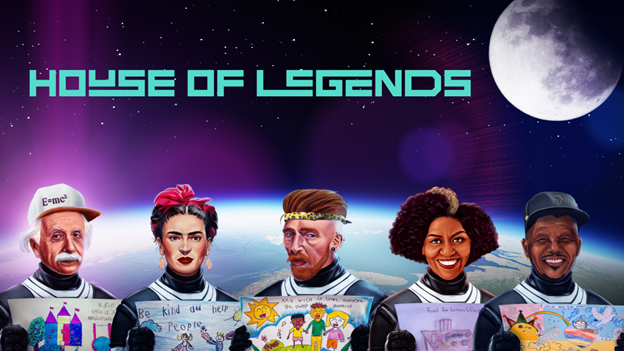 As part of the project, HOL invited children worldwide to hand-draw their hopes and aspirations for humanity. The HOL team includes 30 of these artistic depictions into the ‘Wish Upon a Star’ NFT series.

During ‘Rakia’, HOL and Stibbe make the first-ever NFT exhibition in space. The digital assets are auctioned for charity once the crew lands back on Earth. Most importantly, 100% of the proceeds from the auction go towards HOL’s charity initiative to provide access to clean drinking water in communities in India and Africa. 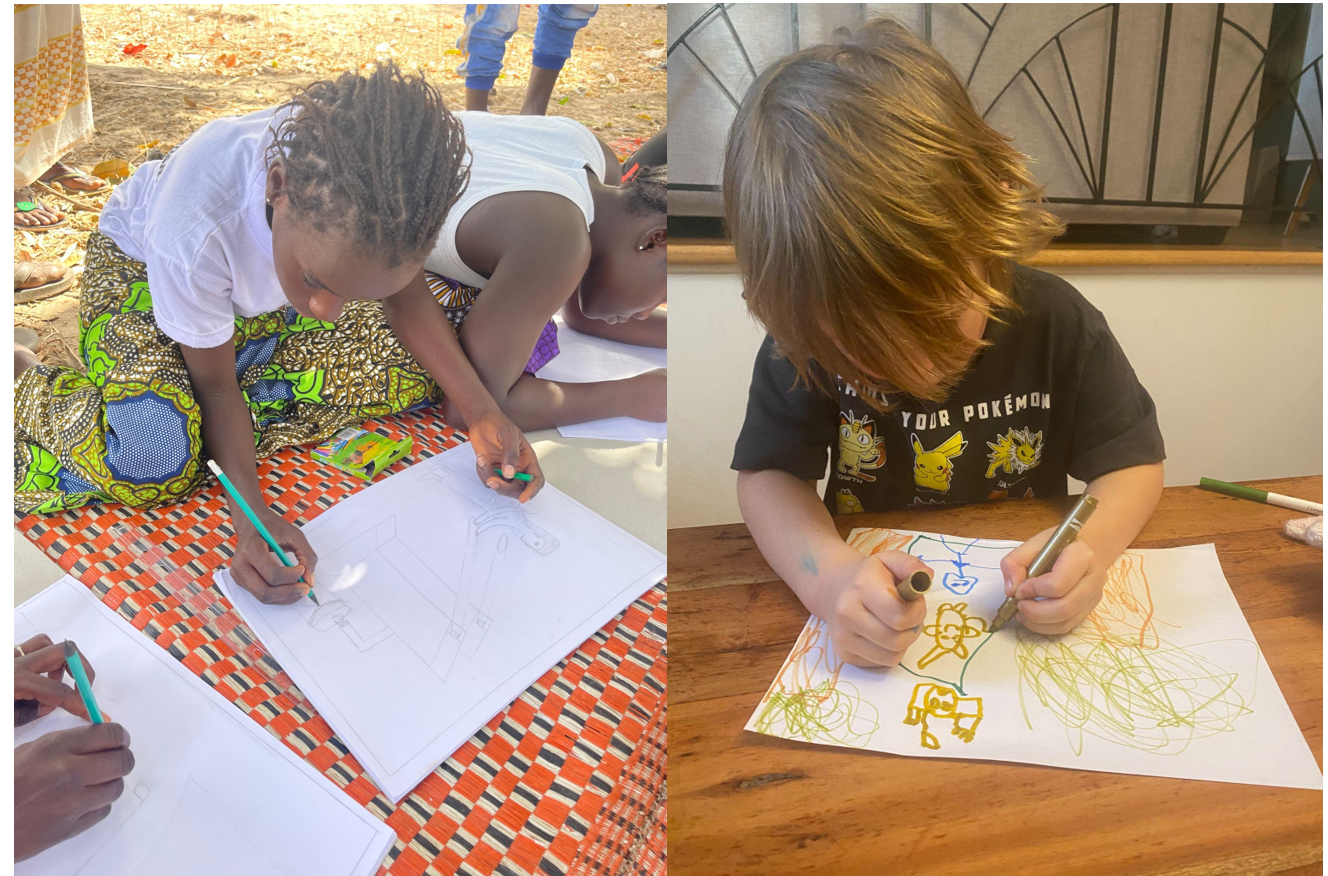 The “Wish Upon a Star” NFT Series

This historical event requires equally exceptional quality for the first NFTs to be presented in space. Therefore, the task fell into the hands of extraordinary talent, the world-renowned Forbes 30-under-30 artist Amit Shimoni.

Shimoni is also the co-founder of House of Legends and the creator of the popular art brand, Hipstory. He adds his vision to the children’s paintings and creates a  remarkable NFT collection with unique life-changing power.

These super rare HOL NFTs depict some of the project’s Legends holding the children’s handmade sketches. Each NFT represents a child’s wish for a better future. And this Rakia-HOL collaboration ensures all children’s hopes reach the stars. Above all, it aims to inspire the next generations to dream big and act for a better world.

During his time at the ISS, Stibbe will display the NFTs through a tablet, to share and speak about the mission on video.

All the NFTs in the “Wish Upon a Star” series have the same clear and inspiring message of hope, unity, and peace for the whole world. They all drop into the House of Legends collection, where they will go on auction. All proceeds go towards building water wells for more communities worldwide. Lastly, the highest bidder for each NFT will have their name written on the water well that will be built thanks to their donation. This is similar to the eToro x HOL-sponsored water wells.

HOL and the Rakia mission Collaboration is History in the Making

House of Legends is highly grateful for Eytan Stibbe’s support on this historic mission. The common goal is to help millions of people in need, living in forgotten villages worldwide. As Eytan Stibbe and the Rakia mission make history in space, “Wish Upon a Star” NFTs support making a difference in communities here on Earth.

This is not the first time House of Legends has contributed to a larger-than-life cause. Last year, HOL minted a genesis collection of 9,993 NFT artworks honoring some of the most outstanding men and women in history. The collection includes Amit Shimoni’s quirky pop-art depictions of famous inspirational figures, such as Oprah, Elon Musk, the Dalai Lama, Frida Kahlo, and Andy Warhol, among others. 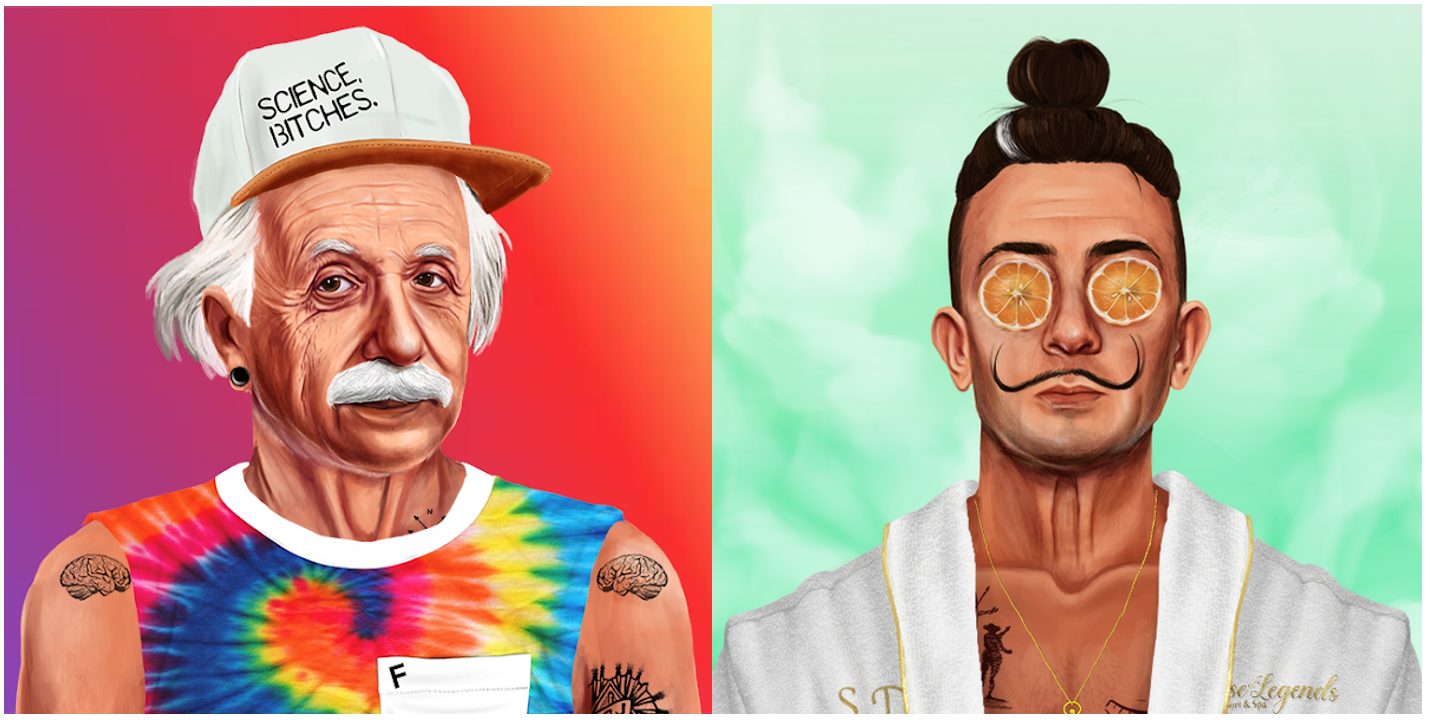 The entire collection sold out within 48 hours of the launch day and raised $4.8 million. As part of its charitable project, HOL teamed up with acclaimed global NGO Drop4Drop, to build clean water wells in remote villages across India and Africa. With the collective proceeds of this NFT sale, HOL gave access to safe drinking water to over 80,000 people.

House of Legends, and the production house behind it, Meta-Brothers, aim to give the opportunity to NFT enthusiasts to be part of a thriving life-changing movement while simultaneously participating in the exciting NFT revolution. Becoming a Legends holder is more than being an NFT collector, it gives the luxurious status of being a real Legend. Currently, the floor price for the HOL NFTs stands at 0.08 ETH, making it a pretty great time for NFT enthusiasts to get on board.

Under the brilliant leadership of Tamara Yannay, House of Legends is developing into a humanitarian-centered project with global reach. Tamara is a prolific NFT entrepreneur with an important background in the Israeli military as a photojournalist. Traveling worldwide for her work helped Tamara discover the sad truth of water-deprived communities and plastic pollution. Now, she dedicates her projects to raising funds to provide access to clean, potable water for millions of people, while inspiring more companies and corporations to follow in her footsteps. The next mission will be – solar energy solutions.

HOL is in a tight-knit collaboration with Drop4Drop, a community development initiative, to provide clean water access to communities in need. 80 water wells for 80,000 people are underway due to the successful launch of HOL. Now, they are looking to build even more wells across 6 countries in India and Africa.

Access to clean water helps people improve their livelihoods and have better opportunities to build a safer and brighter future.

On April 9, we all looked toward the stars through House of Legends! Now, we participate in the historical “Wish Upon a Star” NFT auction to make the world a better place for those in need. Your contribution is more important now than ever. Just because children cannot reach space, it doesn’t mean that their wishes shouldn’t reach for the stars.