Ever wonder if players really do get lucky from crypto casinos? Maybe not all, but we found one CryptoSlots casino player whose winnings have added up to a substantial $275k in wins in just two years of playing ($276,200 to be exact). David C is from California, and wisely started investing in Bitcoin in 2016 – in 2018 he decided to play at Bitcoin casinos with some of his savings, and the rest is history. Read our interview with him below.

Do you have a strategy?

I only put in what I got out of crypto investing, I don’t play for hours on end – you have to be smart. I won a few thousand on the Jackpot game early on, got a huge win on Olympus High Limit version at one point. With bigger wins I like that I always set the money aside. Quit when you’re ahead.

But a lot of it as learning how the games work. I count the medium wins rather than hold out for bigger ones. And, at CryptoSlots, save up Jackpot Tokens and then play Jackpot Trigger for longer all in one go.

Have you always played online?
I’ve played slots online a lot before – only been to two actual casinos in my life to be honest with you. You have more control over what you’re doing when you’re online.

What do you like about playing with Bitcoin?
When playing at btc casino, I don’t have to get my bank involved or wait for payments to come through – I know exactly where my money is at all times.

Last but not least, what do you spend your winnings on?
Well some of it goes back into playing, some I keep in crypto, some I spend. Last year we did a trip around Asia. We went jungle trekking in Malaysia, I got my diving certificate in Indonesia, stayed a few days in Singapore. It was out of this world, such a vacation. We were planning on heading to Norway this winter to see the Northern Lights but, unfortunately, that will have to wait thanks to this coronavirus.

When asked about? his favorites among Provably Fair casino games at Cryptoslots, David said he largely alternates between the slots to diversify his crypto bets. So we took a look at his top ten games over the last six months and analyzed his payback ratio on each:

Interestingly, the High Limit games seem at a glance to be most volatile – offering the lowest payback ratio (Vegas Vibes High Limit at 72.5%) and the highest (Blazing Wilds High Limit at 179.1%). His standard video slot play produced more reliable wins but less chance of huge paybacks (e.g. Coin Rush at 105.8% and Vegas Twin at 99%). 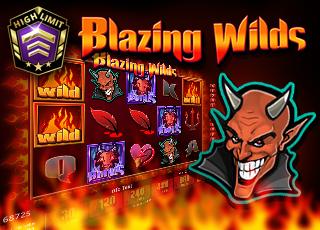 Of course, it all depends on how much is bet and for how long the game is played. David bet the least on both Jacks or Better and Pyramid Plunder High Limit – maybe his inclinations warned him that luck was lurking elsewhere, maybe he quit too soon and longer gameplay would have increased his payback ratio! A significant win can make the world of difference.

We always ask our players if they believe in luck, and just like David, most of them tell us it depends on the day. For now, it seems his strategies are literally paying off.