How to Fix the ICO Disorder: The Early Bird Gets the Coin 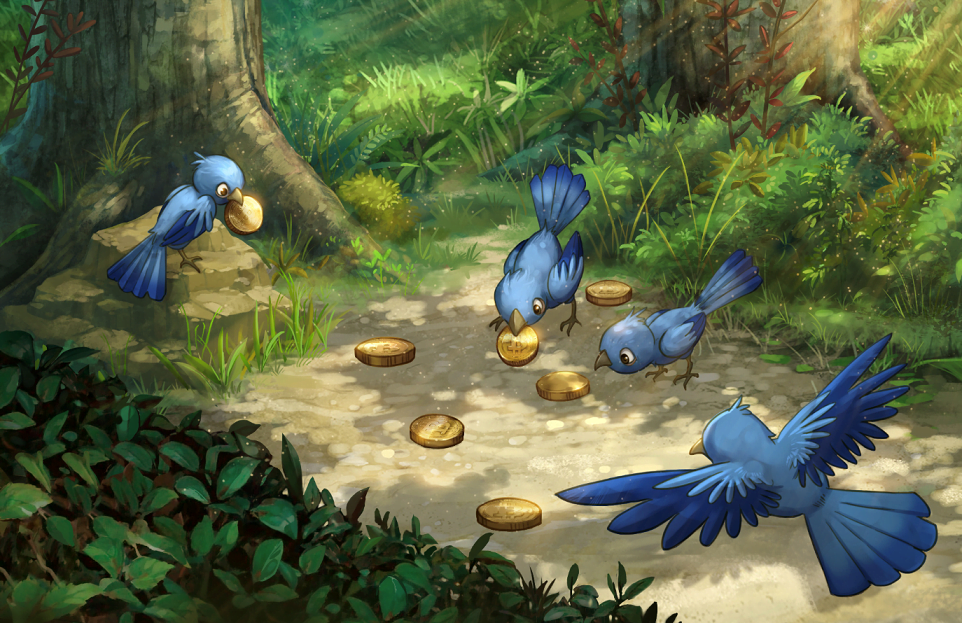 Here in China, initial coin offerings are in a state of disorder. Last September, the country’s regulators put a blanket ban on ICOs. Chaos erupted and many domestic projects moved overseas. Yet overall, fuelled in part by media hype, ICOs have continued to spread across the world. But are these truly ICOs, which are supposed to be a decentralized form of fundraising? A lack of reliable ICO platforms makes it harder for small investors to gain access to the most sought-after projects.

Some Chinese startups see this disorder as an opportunity. With a polished white paper, well-known advisors, and successful private token sales, seemingly professional projects appear lucrative to ordinary investors. Blinded by confusion, newcomers to the crypto industry will throw their money at virtually nothing.

Due to the limited amount of tokens available for public sale and the lack of investment channels, it has become increasingly difficult for ordinary people to invest in worthwhile projects. Some projects will skip public ICOs entirely, choosing instead to conduct private token sales and then immediately list their tokens on exchanges. Telegram, for instance, cancelled its highly anticipated ICO, raising an estimated US$1.7 billion privately instead. Selling tokens to like-minded investors is of course easier than exerting effort on marketing or promotion. But these kinds of deals are agreements reached by a small group of people, not a community consensus.

Consensus is essential for a healthy blockchain industry. Though the community can’t completely eliminate the flow of capital through shortcuts or scams, as investors in the industry, we need to think independently and do more research ourselves. First and foremost, we need transparent information.

The value of a blockchain project is supposed to be determined by its community consensus. The larger the community, the stronger the consensus and the more valuable the project. Because of how much money ICOs have raised, many people forget that ICOs are not just about fundraising, but also token distribution to a potential user base. Ethereum is a good example. In addition to having a strong team and long-term promotion, Ethereum was able to secure a large number of participants in an ICO that took nearly one month to complete. The Ethereum ICO established a strong community base that ultimately helped facilitate its development.

Sadly, many projects have abandoned the idea of a core community consensus and the industry is becoming a battlefield for companies to earn huge profits from inexperienced investors. As a result, centralized cryptocurrency exchanges have come to dominate the industry.

The rise of the cryptocurrency exchange

The exchange plays an indispensable role in the blockchain and cryptocurrency industry. Even a small group of large exchanges can greatly influence the entire industry. Examples include Mt.Gox, Okcoin, Huobi, Binance and FCoin. Though exchanges from China account for a large portion of the market, we must bear in mind that the foundation of blockchain should always be the technology: public chains and various Dapps (distributed or blockchain-based apps). However, the industry here in China is quite averse to this concept. Cryptocurrency exchanges have become an investment exit for many investors and project teams. Most project teams in China have no confidence in their own tokens and face great pressure from speculators who want a platform on which to sell tokens right after the price goes up. So, listing on an exchange becomes a necessity for many projects.

In China, as the number of projects increases, the cost to list tokens soars. Outside of China as well, some projects have paid as much as US$3 million to list on major cryptocurrency exchanges. This is a nightmare for good projects with real value. In fact, sound projects will not waste millions of dollars to list tokens instead of furthering project development. There are also many foreign exchanges that will list tokens by excellent projects without any fees. At this point you can imagine what kind of project would pay millions to list on exchanges right after fundraising. This is a vicious cycle in which good projects fall through the cracks while lesser projects prevail.

So, what happens next? Some exchanges have issued their own tokens to attract more participants and maximize profits. These platform tokens are similar to traditional securities that can get future bonuses and bring substantial income through liquidity. If this continues, the blockchain industry will become a cryptocurrency exchange industry.

I once joked that there would be tens of thousands of cryptocurrency exchanges in the future and each of them would issue a new platform token. This would resemble the Wild West, full of insecurity and unfairness. Imagine a world in which there were only exchanges like the New York Stock Exchange and no real companies like Apple, Microsoft and China’s Baidu, Alibaba and Tencent. Companies would spend their money listing tokens on exchanges or investing in exchange tokens. If we do nothing to avoid that scenario, blockchain will never achieve its true potential.

The Shortcomings of ICOs

So how can ordinary investors participate in real blockchain projects? As I have repeatedly emphasized, the most important thing is to focus on the core value of blockchain technology and establish a community consensus. With more people participating, blockchain consensus will become stronger and projects’ value will increase.

In the past, ICOs were the only funding approach that could reach large-scale community consensus in a short time. However, the current structure of ICOs is very simple, and thus vulnerable to dangerous projects. Some projects increase the hard cap constantly when the market is bullish, provide unspecified prospectuses, or even arbitrarily change the original terms of the ICO, making it hard for investors to exit. What’s more, most teams abandon their goals after raising a large amount of money. Some will even invest the funds into other projects to earn extra capital.

Above all, the investment process should be both complex and well-designed. It is not viable for all projects to collect funds by providing a single Bitcoin address as they might have been done in the past.

It is crucial for promising projects to establish a community from their inception while simultaneously raising initial funds. Building a strong consensus requires a large amount of participants to join the community. Good projects should stand out after diligent research and observation is done by the community, while bad projects vanish.

Projects can start by listing their tokens early on a decentralized exchange. Unlike a centralized exchange, projects do not need to negotiate or go through another company in order to list their tokens. This will also allow community members to be involved in a project’s development from the very beginning. Instead of collecting too much money at once — akin to a seed-stage startup raising a series B round — projects can set up different phases of fundraising based on development and community expansion, allowing the community to become more knowledgeable about their roadmap. In the long run, the value of a project can directly reflect the community’s decisions, not those of a small group of investors.

Phased funding can also help projects concentrate on product development. In the past, after raising a considerable amount of funds, many projects no longer focus on what they were originally supposed to do. It would be better for investors to engage in the early-stage development of a project and contact the team regularly. Projects will become more aware of market demands and improve their products, iterating and evolving through active interaction with the community.

Decentralized exchanges can offer a full set of third-party custody and auditing services for the funds raised by these projects. This will allow investors to check all capital flow on the blockchain and be aware of expenditure details. Earning financial support from their early adopters and users, instead of via institutional funds in private rounds, will promote the project and unite the community around it. If a project is willing to replace its private investors with community ones, it will only grow stronger.

Listing tokens early on decentralized exchanges will help projects secure initial funding and quickly establish a following. This will help grant freedom to promising blockchain projects and build a true blockchain community. In the fast-growing blockchain industry, the early bird gets the coin.

This is written by James Gong, the founder of CYBEX and LongHash, known as “暴走恭亲王” (which means Rampaging Prince Gong). He is a celebrated entrepreneur and investor in the blockchain industry. James has been a leading blockchain and cryptocurrency evangelist and key opinion leader in China since 2012. He translated various blockchain-related articles and whitepapers into Chinese and authored books “The Blockchain Society”, “Blockchain – the New Economy’s Blueprint”, and “Cryptocurrency”.