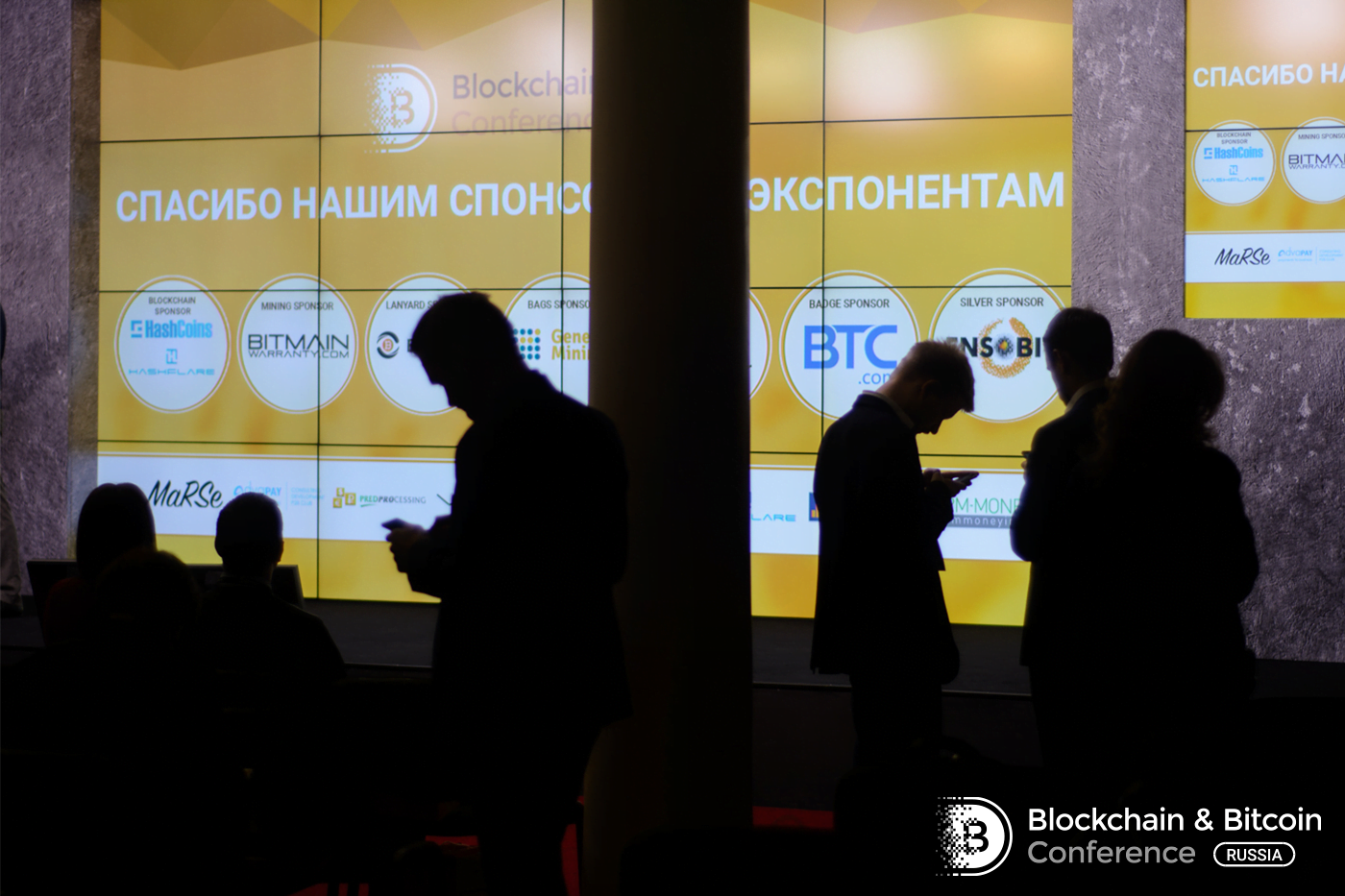 On Thursday, the 10th of November, Moscow hosted Blockchain & Bitcoin Conference Russia – the largest Eastern European annual conference on cryptocurrency and blockchain. Representatives of IBM, Microsoft, Sberbank, Skolkovo, as well as a number of entrepreneurs and founders of blockchain-based startups shared their views and developments. For the first time in Russia, participants were able to communicate with the representatives of the State Duma on Bitcoin regulation, as well as to meet with the developers of the first blockchain-based social platform in the Russian Federation.

More than 500 participants and guests were divided into two streams: for financial experts and entrepreneurs.

Elina Sidorenko, the representative of parliamentary working group told about the aspects of cryptocurrencies from the regulator’s point of view. The interdepartmental group headed by the speaker is developing a concept of national cryptocurrency – cryptoruble. According to Elina Sidorenko, Russia has to choose the most appropriate interpretation of BTC – as a cash, substitute, financial tool or good.

The list of conference speakers included both Russian and foreign experts. A participant of the largest US conferences, financial analyst and ex-vice-president of JPMorgan Chase Tone Vays, presented his view on the prospects of Blockchain in the Russian Federation.

The representative of Sberbank, the company that is in charge of blockchain developments for domestic banking sector, revealed the opinion of the market leader. Sberbank plans to use blockchain-based services for a range of internal operations and interaction with clients.

The Pro stream was also characterized by a report of the leading Technical Architect of Russian projects of IBM – Vladimir Alekseev. He told the story of blockchain developments of the company, and revealed prerequisites to the creation of the HyperLedger platform. Vladimir also provided an insight into the most interesting pilot projects, developed by the IBM developers for financial companies and non-banking sector.

The conference was attended by a Microsoft representative as well. Technical evangelist Konstantin Goldstein presented the corporation’s point of view on the scenarios of blockchain technology application in business. He told about features of Blockchain 1.0, 2.0 and 3.0, and Microsoft Blockchain as a Service.

Developers of the first Russian-language blockchain-based social media Dmitry Starodubcev and Valery Litvin came up with their brainchild. The Golos platform allows authors to monetize the content by receiving micropayments in cryptocurrency. In the future, the social network may completely change the Internet content market.

In the demo zone, two dozens of companies from Russia, Europe, Asia and America demonstrated their hardware and software for the industry: mining equipment, bitcoin services, wallets, exchanges and informational platforms for cryptocurrency holders.