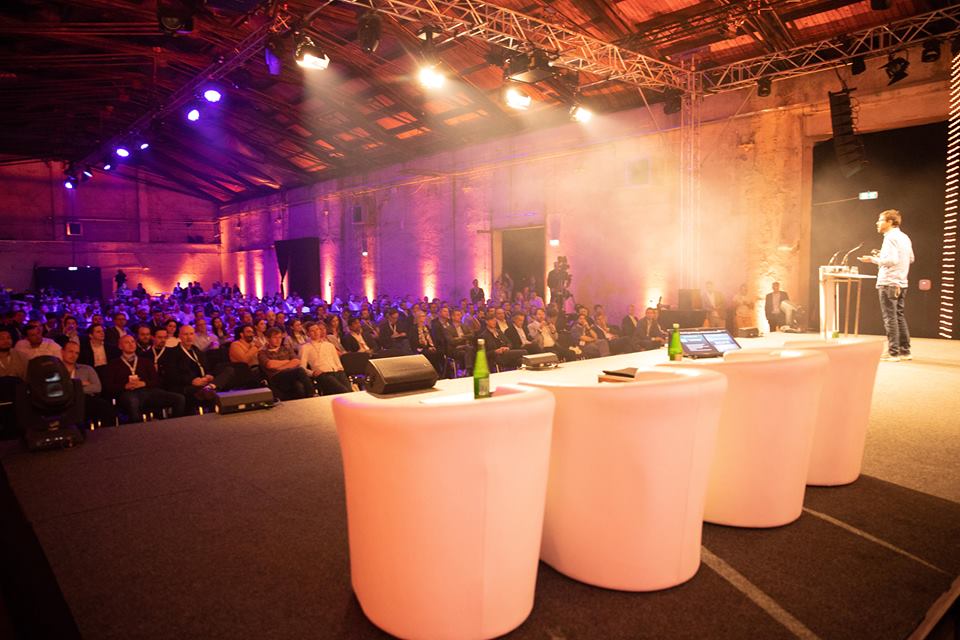 Businesses, entrepreneurs and even royalty were joined by 1,500 visitors in Vienna for the first ever ANON Blockchain Summit Austria.

The event showcased the best and brightest in the space and featured a range of speakers and panels on how blockchain and cryptocurrency is changing the way we live our lives and do business.

Held at Vienna’s Gösserhalle, which was once used to store beer before it was delivered by horse-drawn carriage to taverns across the city, participants enjoyed two days of events and discussion across two stages and an exhibition area.

The huge main stage area featured a variety of panels on the future of blockchain, while the ‘silent conference’ innovation stage, provided two days of lively and informative debate and discussion from some of the industry’s newer businesses.

There were stands from Raiffeisen Bank, who were promoting their Elevator Lab start-up programme, while Wien Energie, makers of the world’s first blockchain-based refrigerator in collaboration with Bosch, were exhibiting their energy solutions. Participants got the chance to mingle and network with blockchain businessmen and women from across Europe.

Attendees had the opportunity to participate in the Blockchain in Mobility hackathon that was open to everyone at the event, from experienced developers to those with no experience of coding on blockchain.

Hosted by 0bsnetwork alongside Austria federal railway company ÖBB, it challenged coders to implement a transport solution based on the internet of things and blockchain technology.

The event also featured the final round of ANON’s innovation challenge. Attracting seven teams from around the world, the event was eventually won by TIXL, who scooped the 10,000 Euro prize.

Daniel Lenikus, organiser and co-founder, hailed the event as a resounding success and says the conference had gone a long way towards its aim of bridging the gap between technology and big business.

“This event was our first step towards creating stronger relationships between big business and blockchain. We had some world-class speakers, moderators, and panelists and tackled some wide-ranging issues during the two-day event, covering everything from blockchain and government, to energy and healthcare,” he said.

“Our mission when we decided to create this event was to put Vienna and Austria’s vibrant blockchain community on the map.”

In a video on EAK TV Daniel and the organizers thanked everyone involved in making the conference a success, and said they were already looking forward to next year’s event.

To find out more visit: www.blockchainsummitaustria.com

Polygon (MATIC) Leads Gains By Adding Over 14% In A Week