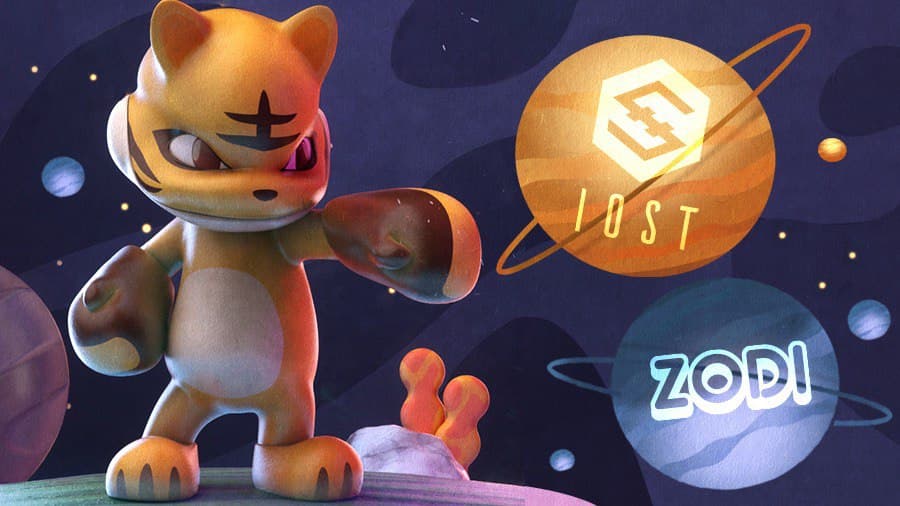 In the third quarter of 2021, the IOST community has witnessed compelling growth in its NFT ecosystem.

The first milestone of the IOST-empowered global NFT Marketplace Revival launch was a hit in July. Built for artists, Revival strikes blockbuster sales in its first week of launch, with a total transaction volume of 1 million US dollars.

Revival NFT marketplace keeps moving forward and growing its global artists’ pool and highlights new collaborations on a weekly basis. Beyond that, Revival is about to announce additional massive collaborations with global IPs in the coming days.

In August 2021, in addition to Revival NFT, another name that fuels the growth of IOST’s NFT ecosystem is RIZIN FIGHTING FEDERATION. Japan’s mixed martial arts federation sets to launch an NFT marketplace on IOST by the end of this year, bringing sports NFTs to the explosive IOST ecosystem.

The rise of NFTs on IOST has been a sight to behold. And adding an emerging Play-2-Earn (P2E) Project like Zodium is nothing less than the right call for the IOST ecosystem.

Based on a mutual long-term goal at establishing the content IP industry in the blockchain field, Zodium and IOST have officially joined forces in developing practical IP businesses along with NFTs and games. Under this partnership, Zodium will embrace the ecosystem of IOST and grow globally with IOST’s worldwide vision and infrastructure.

Being a Play2Earn (P2E) blockchain project with a combination of NFTs and games, Zodium’s concept is inspired by the ancient oriental beliefs of animal and astrological zodiac signs. In Zodium, anyone can contribute to the ecosystem and acquire its tokens by playing games and get economically rewarded.

Furthermore, Zodium wants to introduce a new blockchain and game ecosystem by connecting users to the characters they play, and Zodium made it possible through the ‘soul zodiac.’ The Soul Zodiac is a zodiac of the same star and animal signs as its owner. Once the soul zodiac is received, users get exclusive benefits.

First, Zodium’s content is the animated characters created by IDOU Inc, the world’s best character production company with the experience of success in the IP business, founded by the former co-founder of LINE-FRIENDs.

The characters are named the “12 KINDs.” 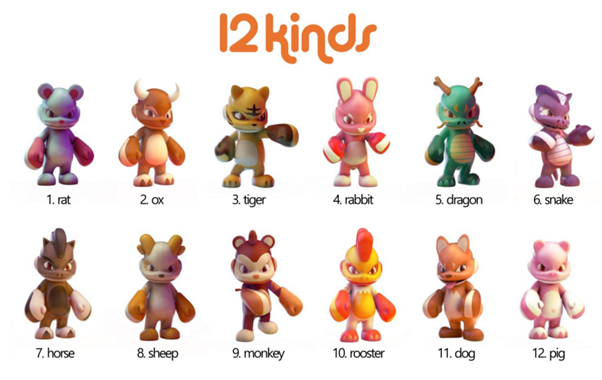 Last but not least, Zodium’s ‘play to earn’ system allows the users to claim rewards according to their contributions to the ecosystem. Nonetheless, Zodium has built a transparent environment so that users can genuinely own and run the universe of Zodium.

Zodium’s first product is expected to be delivered by the end of 3Q, 2021. At this stage, users can quickly profit by collecting, trading, upgrading, and minting the zodiac characters while enjoying playing games.

With incomparable production and business development of the characters, combined with innovative blockchain and gaming concepts, Zodium’s ultimate vision is to offer economic opportunities and individual happiness while positively influencing people through blockchain technology.

Zodium is a Play2Earn project inspired by the ancient oriental beliefs of animal and astrological zodiac signs. Users can contribute to the ecosystem and acquire its tokens by playing games and get rewarded. Users can earn their profit quickly by collecting, trading, upgrading NFTs while in the progress of playing Zodium!

Currently Zodium is based on ERC-20, and Zodium is preparing to support chain-swap between multi main-nets, BSC (BEP20), Matic (Polygon), and IOST! 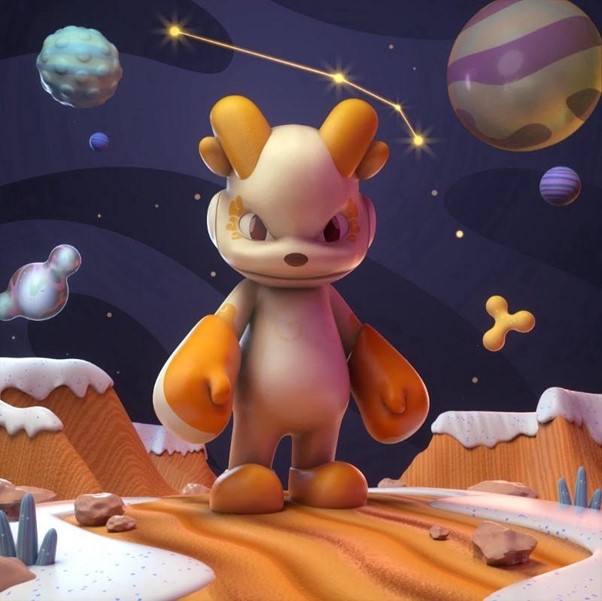 High fees and slower transaction times on the Ethereum network have left the door open for new solutions to emerge, and IOST is one such project that has been gaining traction since its mainnet launch in 2019.

Backed by major financial and VC firms such as Sequoia, Matrix, and ZhenFund, IOST is a pioneering decentralized, high-throughput, gas-efficient Proof-of-Believability-powered smart contract platform built to tackle the scalability trilemma once and for all. For this, the concluding ranking from China’s CCID ranked IOST as the best blockchain platform under Basic Technology, better than Ethereum, EOS, and every other smart-contracting platform evaluated by the agency. This is a testament to the quality and ability to roll out a better, innovative product and reflective of our true desire to be the best in the sphere.

Being one of the public chain leaders in terms of adoption, performance, and utility, IOST remains committed to our mission to unleash the power of blockchain. IOST currently has the ever-expanding 500,000 community members in over 20 countries, over 400 nodes, a top staking economy, symbiotic relationships with corporations dotted worldwide.

If you would like to hang out with the IOST community on chat, social media, or to discuss product development, we have something for everyone: