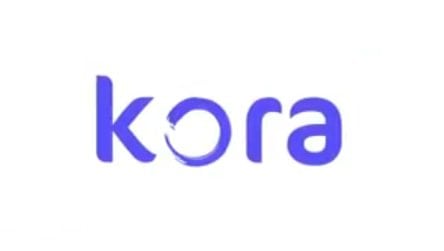 In Africa, an often neglected market, Kora has made a huge statement by showing that Africa has a place in the new global blockchain economy.

Kora has made significant impact as there is a lot of positive momentum and belief about the implemented use case effect. Surpassing analysts’ expectations by storm when it reached its hardcap of USD 12 million in just 10 days. FBG Capital, one of the largest blockchain VC’s in Asia led the investment in Kora, along with GBIC, Nirvana Capital, Rootscap, and other major crypto funds. Aeternity, a strategic partner, has also invested through their fund Aeternity Ventures.

Kora will be listing on the UEX exchange as early as July 5th and already, market sentiment for the token is bullish. Currently, Kora’s partners include key organizations in the blockchain space such as Consensys’ Blockchain for Social Impact Coalition, Aeternity, Stellar, Coinfirm, and Rivetz, as well as major local partners in Africa including Trade Finance Market and Africa’s Talking.

While some analysts claim that Kora will deliver large ROI to early investors, other analysts anticipate that its success will extend much further than that. The company’s unique value proposition is that Kora is a project of hope for billions of people who are underserved by the current financial system and are burdened by expensive and inconvenient access to financial services. HuffingtonPost caught up with Dickson Nsofor, CEO of Kora, who said “From my perspective, we have a clearly defined mission and problem to solve”. That was a key factor in spreading awareness and creating an understanding of Kora. This translated into positive investor relationships, and Kora has generated interest among marquee investors and the community at large.

For Mr. Nsofor, the journey is a personal one, as he has seen first-hand the ground realities of the problem. “In a crowded space, I’m happy to say that Kora is the most successful blockchain project in Africa. We’re very excited to take our early success and transform the continent.”

Kora was founded by Dickson Nsofor in 2017. Kora provides an infrastructure for an inclusive financial system built on the blockchain. The Kora Network will provide access to Identity, Secure Storage, Money Transfer, & Marketplaces on a low cost, universally accessible platform accessible via a mobile app, and enabled by blockchain technology.

Kora is excited to announce the launch of the Bounty Program, which will run from June 28th until July 12th. This will be an exciting and innovative program that is full of rewards and surprises. Best of all, participation is easy!

Please have a look at Kora bounty program link below. Here you can find all the details about the bounties available. The more you get involved, the more rewards you will get! All tokens will be distributed after the bounty is closed on July 12th.