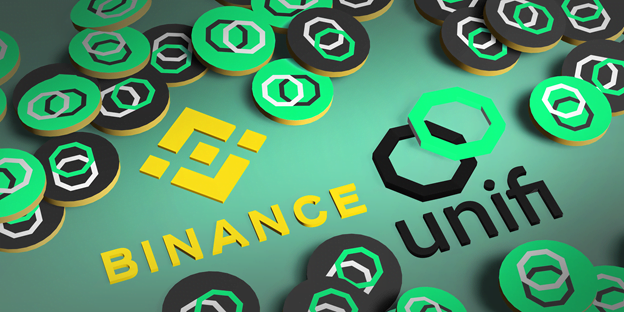 Unifi Protocol ($UNFI), Binance’s 8th Launchpool project, listed on Binance Exchange to overwhelming support.  UNFI immediately rocketed up over 200% to take the top spot on Binance’s leaderboard for the day.  UNFI is still available for mining on Binance Launchpool where over $600M USD worth of Ethereum, BNB and BUSD are competing for a share of the UNFI pool.

24 hours after listing, UNFI premiered on CoinMarketCap boasting over $84M USD worth of trading volume.  Binance listed 4 pairings, UNFI/USDT, UNFI/BTC, UNFI/BNB, and UNFI/BUSD.  UNFI was also listed on MXC, Bibox, Hotbit and Jubi.  HBTC has also announced it will be listing UNFI.

UNFI is the Global Governance token for Unifi Protocol.  The market reacted positively to Unifi’s claims it has built a sustainable DeFi system.  In a recent AMA with Binance on Telegram, Juliun Brabon CEO of the Unifi Protocol wrote, “We believe this is a big reason why we have seen the market react negatively to some other DeFi platforms. Once token holders realize that the rewards are not sustainable, their confidence evaporates. Unifi’s tokenized rewards structure, on the other hand, is an ecosystem that compliments each other and is built to last.”  Brabon went on to write “Building a token economy allows Unifi to create a system of token holders who are all advocates, because they know if the Protocol succeeds, then so do they. Adding Proof of Stake governance just further empowers those who use the platform the most to be the most involved in the governance and earn the largest staking rewards.”

According to the website Unifi Report, Unifi Protocol’s flagship platform uTrade has 60 pairings across 4 blockchains and hosted almost $750K dollars in trading within the 24 hour period.  Unifi has already announced the expansion of uTrade to Ethereum and ICON this year.