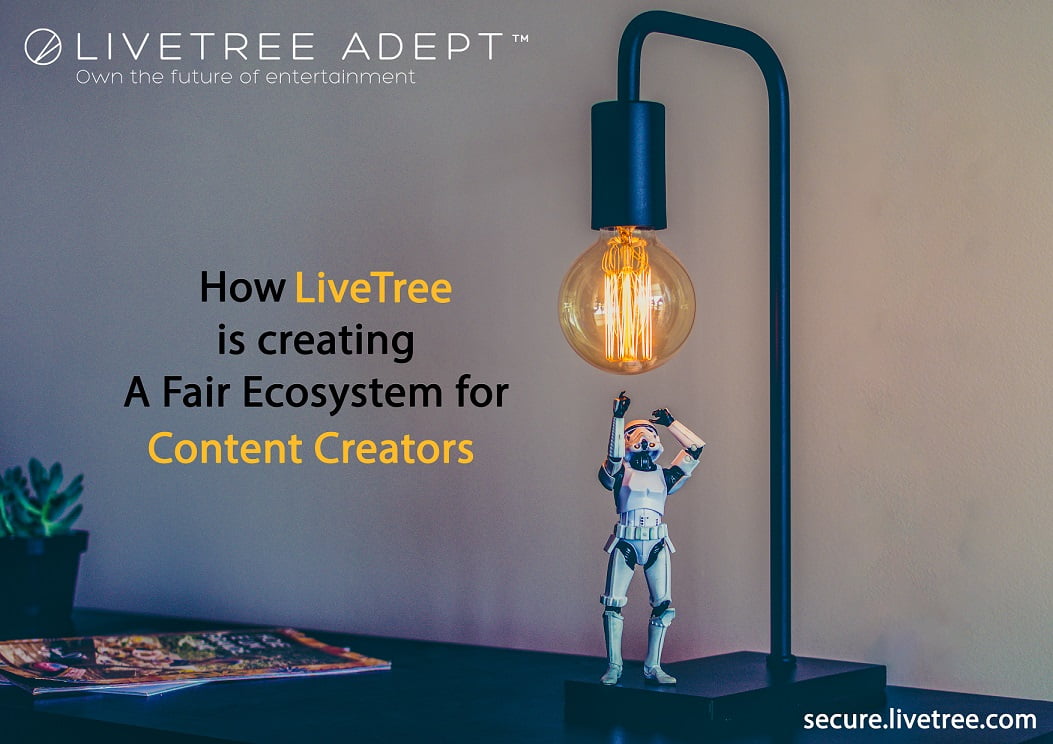 In a $500bn global creative industry, what is creativity’s worth?

Your favorite dialogue from the classic movie, the phenomenal screenplay that stole millions of hearts, the moment of absolute suspense in a comic genre. Do you ever wonder how these brilliant characters, visuals, and plots are brought to life? Well, it requires what we commonly call creativity and passion. Content creators around the globe work day and night to create something that can leave a mark on the audience. But, one may ask if they are getting a fair ecosystem for the efforts that they have been putting in for ages to entertain, educate and engage the masses.

If we were to pin down the three most salient aspects that can either be a content creator’s breakthroughs or his/her stumbling blocks, they would be-

Let’s dive into each one to uncover what lies beneath our favorite shows and movies.

In a simple world, creators create and viewers view. But in the sophisticated setting of commerce, there is a bridge between the two, and that’s funding. Without substantial funds available, ideas and thoughts that can change the world often don’t get to see the daylight. LiveTree as the world’s first blockchain-based funding and distribution platform dedicated to films and television has been changing the way this industry functions.

While you can often come across a complicated and seemingly technical definition of blockchain on several resources, it’s important to understand what it can do to make processes more efficient. It’s an open-ledger platform with blocks of records and information chained together, and secured by cryptography. In simple terms, what a blockchain introduces is transparency & decentralization (open-ledger), consolidation (blocks of records) and risk-reduction (cryptography). These attributes are absolute pre-requisites for the entertainment industry to thrive. LiveTree enables content creators to tap the $1bn crowdfunding market. Imagined by LiveTree, PPVOD (pre-pay-per-view video-on-demand) allows fans to pre-pay for the content they want to be made, giving them an active role in its creation. This mechanism not only builds loyalty with consumers but also helps projects to be realized and funded. So, reward-based crowdfunding removes industry gatekeepers who have been controlling the entertainment landscape and places customer sentiment over private wealth.

Blockchain onto the system reduces the processing cost of crowdfunding which often ranges between 5%-20% in the industry to a mere 2.5% on Livetree’s platform. The overall impact is much far-reaching than only reducing such costs. It propagates people to invest in content and benefit from it, rather than relying on industry giants to do so. Consequently, engaged and potential fans can directly connect on a peer-to-peer basis with the creators and act as a community governance platform for content. The ecosystem thus created is mutually beneficial; while creators get to network with their fans and operate in an open-source mechanism, fans get to watch diverse content based on their liking besides rewards in the form of profit share, IP rights, autographed goodies and red carpet invites.

Content creators can now begin generating content based on their distinctive identities and people’s preferences, rather than revolving around already produced ideas that are ‘performing well.’ It’s time for us to gear up for content that’s diverse, unique and not solely based on cookies!

A content creator writes, directs, performs and creates content to share it with the world and often has the power to stir up audiences. While a creator puts his heart and soul out in the content, this talent alone does not translate into content pieces that we can tune in to watch. What it indeed requires are a massive funding and a vast distribution reach. Since the advent of the entertainment industry, distribution has primarily been taken care of by intermediaries. With an enormous cut for funders and distributors, we are forced to question the worth of creativity in the ‘creative’ industry. LiveTree not only provides a panacea for all funding hurdles but also solves the distribution hiccup with three platforms for content creators to showcase their talent.

Netflix has been taking over the world since the time it began as a DVD rental and sale business in 1997. Today, you ask a 7-year-old, and they would know what Netflix is and additionally have a list of cartoons and movies queued up to watch. For a creator new to the industry the monopolized web space can seem overwhelming to begin with. LiveTree provides an easy solution with its own ‘Netflix-style’ channel, Blossom TV which brings a unique PPVOD (pre-pay-per-view) based model alongside the SVOD (subscription based), and PVOD (pay-per-view) models. What makes this online-distribution channel more lucrative is that with the introduction of PPVOD the viewers can pre-pay or pre-fund the content before it’s released. Blossom TV is emerging as a one-stop solution for content creators around the globe with its unique platform. Being a solution-driven platform, LiveTree provides content makers transparent viewing statistics, digital rights management, gamification, and efficiency gains for contract negotiations (a few things that centralized providers often refuse to offer).

The other popular model of traditional broadcasting is also made more efficient and readily available with LiveTree’s open-rating system. An excellent rating can translate into an opportunity to be broadcasted with legacy broadcasters, which otherwise might seem impossible. Lastly, the streaming model based on online channels like YouTube and Vimeo can be a boon for newbies.  Against the usual 35% fees charged today, LiveTree enables creators to gain exposure and build popularity at just 2.5% fees paid in its seed token.

LiveTree also opens a new world of possibilities for the creators as it saves them the hassle of long contracts. A lot of time and energy often gets exhausted over agreements and negotiations that are complex, tedious and tough to decode. However, Livetree solves this by automating contracts, connecting extended networks and ensuring digital payments in Seed token. These ‘smart contracts’ facilitate verification, enforcement, and negotiation of contacts without any third-party involvement.

LiveTree removes the complex contractual negotiations, the need for insider connections and roadblocks of private wealth. This is enough to empower the content creators to generate content based on their perception of consumer choices, rather than personal fortunes. With the Livetree’s innovative reward-based crowdfunding platform to raise funds for projects, creators can now engage their audience in powerful, world-changing and thought-provoking content. Isn’t that the inherent purpose of creation in the first place?

A blockchain-based entertainment industry also re-imposes creative rights and addresses piracy concerns that are affecting the entire fraternity.  Further, with smart contracts automating payments and negotiations, creators are also endowed with time and energy to take up more projects and express what truly matters. With every step that we take towards this technology, as a community, we move from a profit-driven intellect to a creativity-powered outlook.

Funding, distribution and creative freedom are not just names that drive this industry; they are the lifelines for all content creators around the globe. LiveTree enables them to fix these problems with the easiest of solutions, cost and time efficient methods and a creative space that the content creators can call their own.