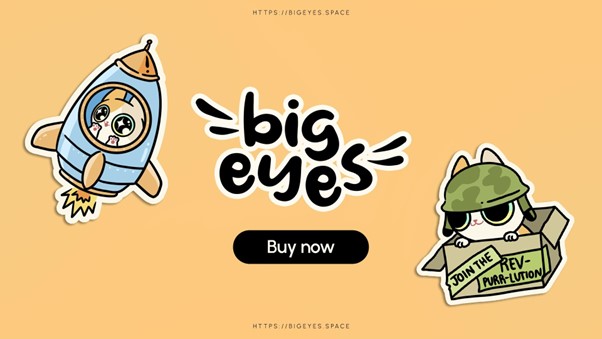 Lovely Finance, MILO Inu, and Big Eyes Coin: One Meme to Rule Them All

In the high-stakes world of cryptocurrency speculation, there are winners and losers. Rare is the coin that taps along somewhere in the middle of the pack, never peaking and suffering few crashes.

These truths apply nowhere more than in the pocket market that meme coins occupy. An uncountable number of factors play into the success or failure of any given meme coin, especially as they compete with fellow tokens for the precious attention of investors.

By comparing and contrasting these coins, we can help you discern between currencies with a keen eye, and answer the question: which coin will rule them all?

Lovely Finance: Jack of All Trades, Master of None?

The major takeaway we can find when digging through the whitepaper of Lovely Finance (LOVELY) is that this platform aims to learn from contemporary and past meme coins and do everything they did better.

However, this presents a problem when considering investing. In attempting to cover every possible base and implement the unique solutions of dozens of other coins, Lovely Finance (FINANCE) has the feel of a coin that doesn’t know what it wants to be.

This is supported by the crucial evidence of the token’s name. On the token’s website as well as in its whitepaper, the currency is referred to alternately as ‘Lovely Finance,’ or ‘Lovely Inu.’

This lack of firm identity seems to bleed through to the currency’s supporting software and design philosophy. Internal marketing refers to LOVELY as a ‘Utility Token,’ and advertises a ‘layer of practicality and usability beyond the simple existence of the token.’

This may sound good on paper, but details are thin on the ground here. Few concrete developments are committed to by the development team, and when they are, they’re spoken of in round terms, rather than the nitty-gritty specifics that are so attractive to seasoned cryptocurrency enthusiasts.

Incidental flaws such as typos and inaccuracies on the token’s website do not help this perception. As ever, the proof is in the profit when it comes to currencies, but the inconsistent statements of Lovely Finance do not fill this author with confidence for the platform’s future.

Another in a long line of dog-themed meme coins, MILO Inu (MILO) is a token with high aspirations: from its neon-soaked website, we can gather that the team behind MILO have such lofty goals as collaborating with major fashion brands, developing a virtual gaming space specific to the platform, and founding a charitable foundation that will aim to ‘help society.’

An immediate thought springs to mind: what sets MILO apart from meme coins that have come before it? In many ways, this token and its development roadmap seem to be souped-up imitations of plans and promises that are becoming familiar to veteran investors.

While the theming of this coin is fresh and distinct, with a neo-noir aesthetic, it also follows the design pattern of the many dog-themed coins before it. If you’re in the market for a Dogecoin clone, why would you choose this one?

Enter Big Eyes Coin (BIG), and with it comes a clear vision, identity, and thinking. While the other coins discussed in this article may be the right choice for some investors, Big Eyes would be the one to recommend above all others.

Everything about this coin is fresh and exciting, from its original logo and graphic design to its insistence on cuteness as a priority in everything it does. Compared to the other tokens we’ve analysed, the whitepaper of Big Eyes is clear, consistent, and easy to understand. The goals of the development team are simplified to their core concepts, which are realistic and achievable: launching an NFT project that makes it to the top 10, launching a line of merchandise, and creating a support tool called Big Eyes Swap to demystify DeFi.

For newcomers and enthusiasts alike, this clarity of messaging and development is sure to appeal. The coin’s roadmap is even referred to as a ‘plan of action’ rather than a meandering assortment of ideas in the coin’s whitepaper.

Big Eyes Coin (BIG) is reaping the rewards of this approach already. The presale of this much-hyped token has been a massive victory for the team: nearly $7.5M has been secured in funding already, and this trend shows no signs of slowing down.

What do you think? In this volatile market, could Big Eyes be the one coin to rule them all?

In addition, Big Eyes are offering bonus tokens at checkout for those who use the code: BEYES976