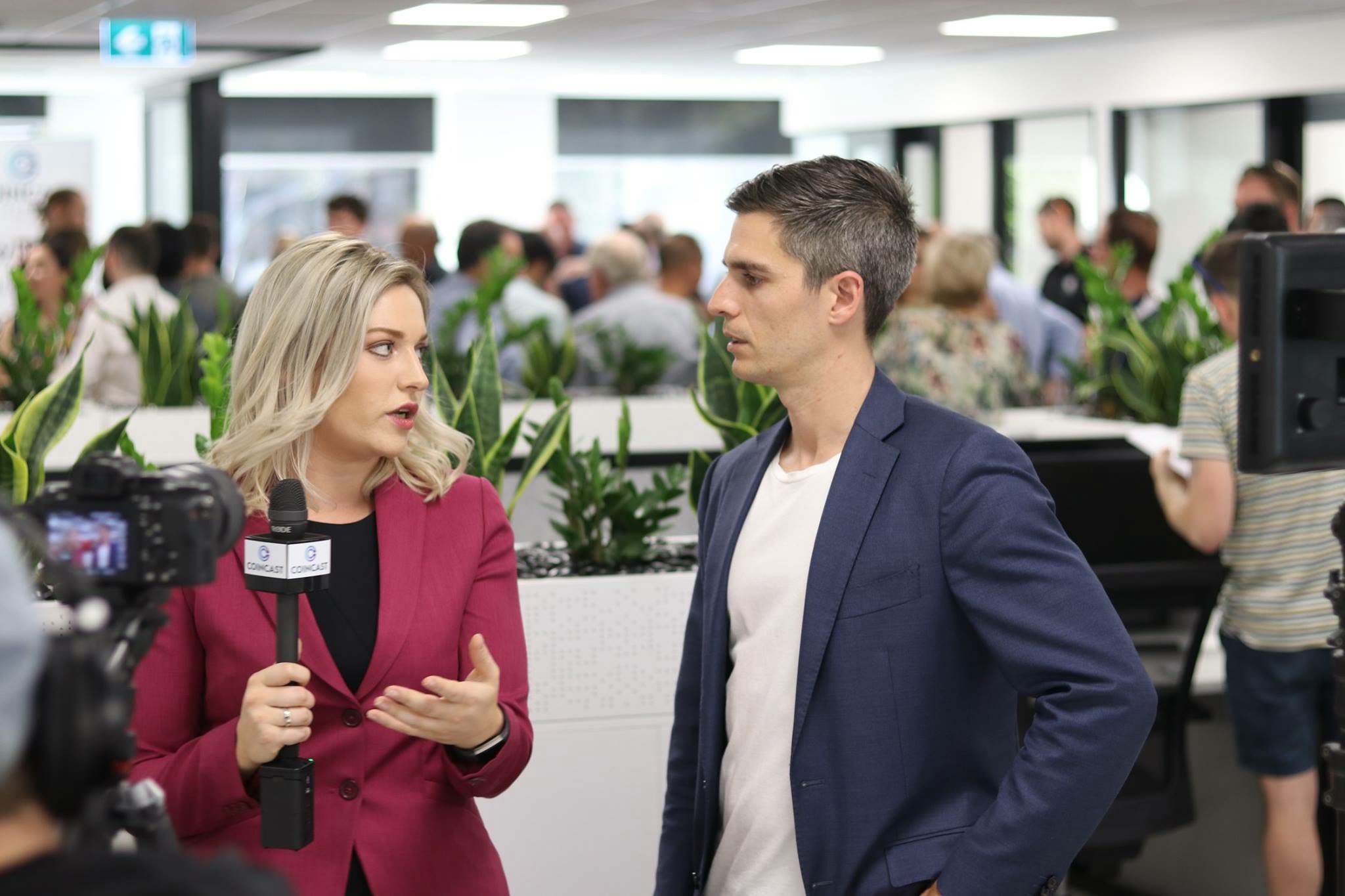 “The opportunity with DIVAN.TV is a huge vote of confidence in the show which is produced out of Perth. It’s great to be able to work with an international media technology company that’s disrupting the business model for content,” Coincast TV executive producer Heidi Cuthbert said.

Ms Cuthbert is a former TV journalist, working for Channels 10 and 9 News before landing the anchor position at Bloomberg in Sydney.

“Coincast TV’s ability to ‘cut through the jargon’ and bring the complexity of blockchain and cryptocurrency news to a mainstream audience has attracted significant international interest,” Cuthbert said.

The deal with DIVAN.TV follows the recent opening of Perth’s first Blockchain Centre in West Perth, a hub for tech startups and like-minded entrepreneurs.

“We’re this tiny team out of Perth, and we are now at the forefront of blockchain technology, ready to take our show to the world,” Cuthbert said.

“About 65 percent of Coincast TV’s audience is aged between 18-34. We have managed to reach the lucrative millennial market, which is highly sought after by advertisers. We expect that this demographic will broaden the show’s appeal to advertisers outside of the blockchain ecosystem,” Cuthbert said.

Coincast TV is a mainstream ‘fintire’ TV program covering fintech, technology and blockchain news. Season 1 premiered on Sky News Australia and was distributed across the News Corp channels and Apple TV, with news stories embedded on the Wall Street Journal. It’s focused on producing quality financial, technical and business information to share with a growing global network of crypto-enthusiasts. The program is part of a joint venture between Perth-based media tech company Multiplier Media and blockchain advisory DigitalX Ltd.