MeeTip : the ICO in which to invest

MeeTip alias MTIP is a cryptocurrency that will be used into  OutMySphere in order to offer drinks to your soulmate or to your friends and tip the employee of your choice.

Findings and back on some features :

With an attractive turnover of 1674 billion per year for over 16 million establishments, the grandeur of the bars, cafes and restaurants market is well established. The market share represented by this type of establishment makes it a sector with more than dynamic economic activity.

These establishments attract about 2.5 billion people each month.In support of these statistics, we can already identify the potential of MeeTipembedded into OutMySphere. 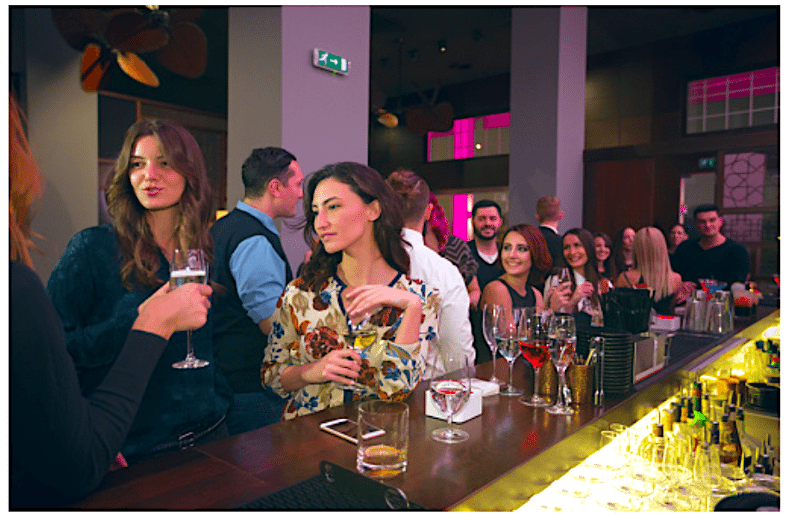 Available on Ios/Android (beta version), OutMySphere suggests viewing bars, restaurants, cafes, casinos, fitness gyms and other places around your location. The app provides information about how many people are in any establishment you consult.

But it is a much more advanced system than the one we know from Google that just gives you an approximate attendance and no perceptible interactions.The application allows you to know the crowd in real time and to have access to basic information to promote meetings.

You will be able to view the first name, the photo and the sentimental status thanks to the virtual bracelet of people around you.

The application targets mainly bars, places conducive to meetings of all kinds andwhere the use of mobile applications tends to become a formality.

And what if the Drink functionality could sign Tinder death sentence ? 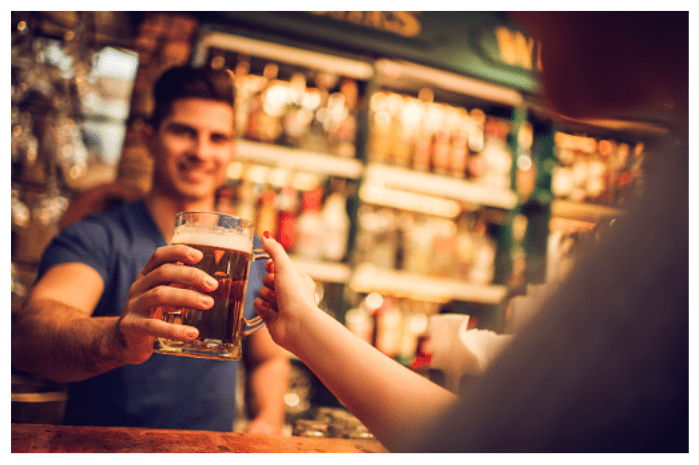 With the Drink functionality, the possibility to directly offer a drink to singles around you, or to your friends wherever they are in the world contribute to break with two major problems in social relations:

For this functionality, two cocktails have been specially imagined : you can either offer the cocktail of love or the friendship cocktail.

They will first be offered for payment in MeeTip before being joined by all other usual drinks of bars, cafes in support of the menu entered in the establishments owners customer area.

The invitation to have a drink -we especially think to singles- can of course be accepted or declined.

Could we see some Tinder’s match influence ?

In any case, it turns out that it is just as instantaneous, the exception of the boring discussion, and the much more spontaneous side in addition.

On top of that, with the planned decentralization of all the data thanks to the blockchain BigChainDB, OutMySphere will be the first proximity meetings mobile app to use the technology of the blockchain and not to store on a centralized server the personal and intimate information of the user such as his/her first name, sexual and religious orientation and many others. 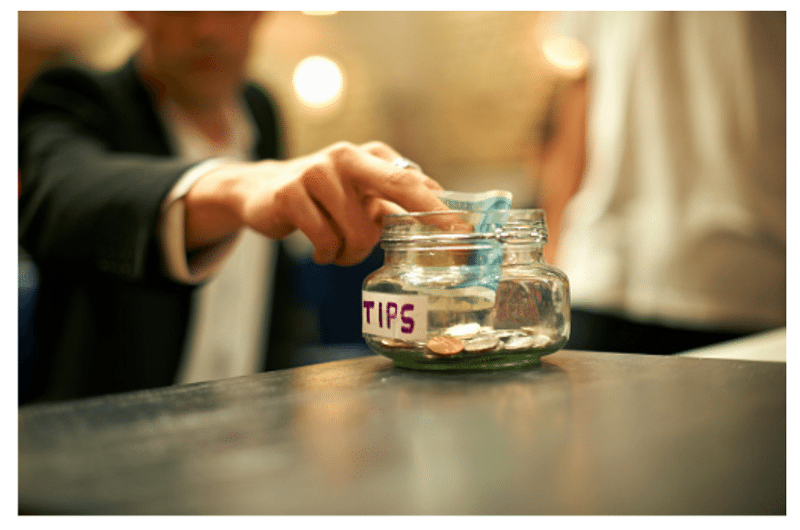 The Tip functionality has been designed to tip the employee of your choice in the establishment you are located. By clicking on the desired place you will have access to the list of employees, not just the server you are most likely to deal with but also the bartender, or even the cook.

People will have a wider choice to express their satisfaction and will pay the desired amount thanks to their MeeTip wallet. There are neither intermediaries nor charges.

It makes sense that employees will be encouraged to use the app and will also be inclined to advertise to customers.

The combination of these functionalities using Meetip, according to the number of establishments and financial flows, seems to suggest MeeTip intends to become the standard cryptocurrency in this field (i.e bars, restaurants, cafes). Keep in mind the app is also proposing the referencing of nightclubs, casinos, gyms … who knows, someday we will be able to pay our gym subscription in MeeTip ? Time will tell

In all cases, the app clearly establishes the decentralization of the order, payment and tip processes. It seems that the horizon gives us a glimpse of prosperous days, few, if any, competition is to be deplored.

Pre-ICO has an exclusive bonus rate of 900 MTIP per 1 ETH for the entire period with no minimum goal.

Bonus rates are offered for every period of the ICO.For the contributor, participating during the ICO means he will receive the base rate of 1 ETH = 600 MTIP plus the current bonus in effect 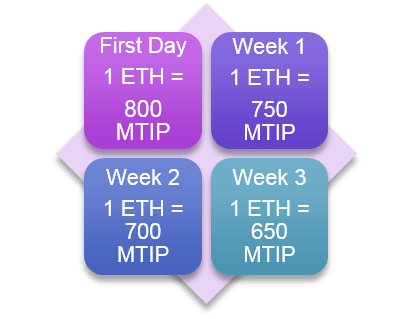 The number of MeeTip coins is limited to 30.000.000 and no further coins could be created due to the strict laws of smart-contracts.All coins sold within the pre-ICO and main ICO will be the only MeeTip ever in circulation. Once OutMySphere is complete and integrates MeeTip coins, the demand of MeeTip will increase as more people demand it as a form of payment for drinks and tip.

Instead of allocating MeeTip to the team during the ICO period, a buy-back program will be launching on the exchange.
This way, MeeTip will be purchased with BTC instead of being allocated free of charge to team members.

A total of 15% of all MTIP in circulation will be purchased back by our company during the first 24 hours on first exchange.
In consideration of this, the chances of MeeTip entering a bullish market once it hits an exchange are high. If the bullish trend sticks, the price of MeeTip should steadily increase.

Be the first to own MTIP and join this revolution about meetings and tips. 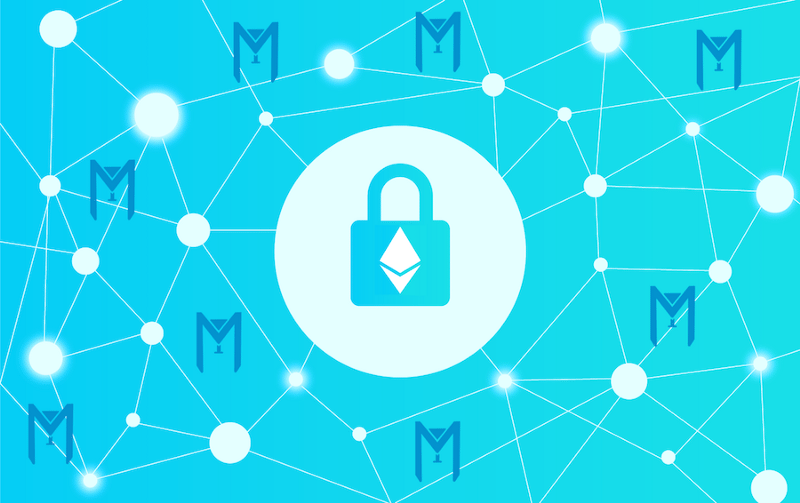