MetaBlox: Built by Users and for Users

As planned with WBA, by the end of 2023 there should be 2.5 million MetaBlox open roaming nodes, and which serve over 25 million users.

Wi-Fi is emerging in our homes, schools, workplaces, and even public restrooms at a blistering rate. According to Maravedis, the number of hotspots will increase to 628 million by the end of 2023, and over 10 billion USD worth of gateways are deployed per year. What will happen if you can roam freely in all the WiFi networks from airports to the bedroom？Is that achievable? Who will operate such an enormous network?  MetaBlox says: Yes, it is possible and you, as a user, will be able to build this network along with everyone else together! Such a network will serve the best interest of yourself as well!

First and foremost, MetaBlox network users receive free Wi-Fi roaming services. By using the MetaBlox app, users generate a certificate that allows them to roam freely between MetaBlox Wi-Fi networks as well as other networks built by traditional Web2 Wi-Fi operators. Wi-Fi access points can include coffee shops, restaurants, event venues, cities, and even individual business or personal access points. The decentralized authentication process based on Decentralized ID (DID) and Verifiable Credentials (VC) technologies is the secret sauce.

MetaBlox is a global decentralized wireless access network.  It not only provides users with the basic data roaming service, but also securely connects their information, data, assets, and applications across different blockchains. It aims to build a decentralized, private, main-chain agnostic, user-centric Web 3 infrastructure.

The idea that users could determine what and how their personal information is shared seemed like science fiction only a few years ago with the conventional Web 2 infrastructure. Web2 is centralized in nature, as its platforms collect and own customers’ information and data, and focus on profit over trust.This unleashes consequences for users such as: data breaches, phishing E-mail, and targeted advertising. However, capitalizing on benefits from DID and VC technologies, MetaBlox makes the fiction of a user centric infrastructure become reality, and gives the authority of managing personal information and privacy back to users, which also begs the question: What is DID and VC? 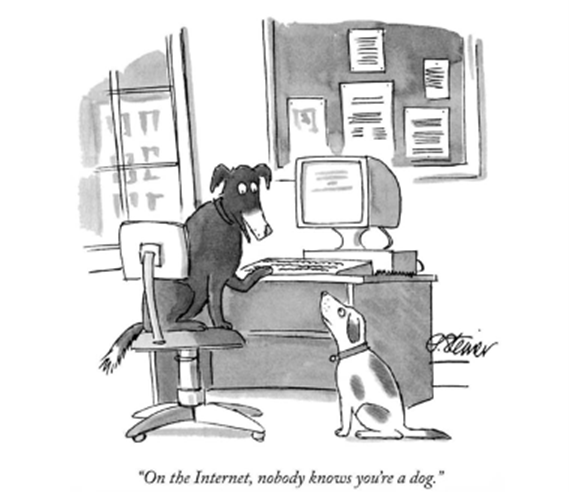 There is a hilarious quote from the internet that said: On the internet, nobody knows you’re a dog. The cartoon offers another perspective on the relevance of personal information and privacy to internet users. Unfortunately, in the traditional world of Web2, all user information is controlled by the platform or companies, and users never own their accounts in the true sense.  DID and VC technologies are a perfect match for implementing the user-centric idea of Web3: letting users regain ownership of their personal information and data; data which originally belonged to themselves.

DID (Decentralized Identifier) is a new type of identifier that enables a verifiable, decentralized digital identity. A DID could refer to any subject (e.g., data model, thing, organization), chosen by its controller. In the case of MetaBlox, users could choose any subject as their DID, managing them in the App. And with the help of VC, users could also decide what personal information is shared and how, depending on different circumstances.

The combination of DID and VC strongly secures the privacy of users. Meanwhile，MetaBlox is a committed participant in and defender of W3C DID core, which has been known as W3C recommendation released on  July 19th. 2022. More than that, MetaBlox is also the first public chain implementation of the Linux Foundation Trust Over IP stack.

The mining process is a collaboration between a network validator and a miner. The token which is mined has a positive association with the number of validators. In other words, the more validators “proving” that users are using the network provided by MetaBlox, the more tokens are allocated to that miner. Following this philosophy, the mining work of MetaBlox is a kind of LBS (Location Based Service), which also implies the logic of MetaBlox deploying the miners in densely populated areas.

Without a doubt, the internet has reshaped how we live our lives. From having the world’s information at our fingertips to social networking and shopping online, just about everything we do has been affected by the internet. But this increased convenience has also come at a cost. Our private information is now susceptible to being compromised by criminals and bad actors around the world. Large multinational corporations control and exploit the flow of information for their own gain. We live with this steep tradeoff between privacy and convenience because of the benefits. That is where Web3 and MetaBlox come into the picture.

MetaBlox is creating a user-centric experience at the convergence of Web3, the Metaverse, 5G deployment, and the DID. It is building a network by users and for users – free, safe and user controlled. The end user defines what to share and how to share it. Metablox gives power back to users and provides incentives for the entire ecosystem to create a more valuable, privacy-first experience for everyone.