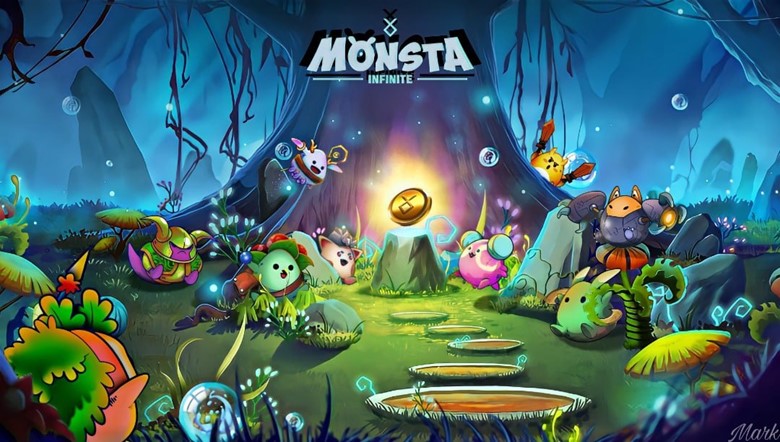 Singapore / December 21, 2021 / Monsta Infinite, an Axie Infinity based play-to-earn NFT game with a unique gameplay and a sound tokenomics is nearing the launch of its Mini Game. Monsta Infinite’s multiplayer online role-playing card game (MMORPG) incorporates the best of multiplayer gameplay with crypto tokens and NFTs. The native token $MONI would act as the governance token and their in-game currency, STT playing a central role of all in-game transactions in the gameplay. The native token is already listed on various mainstream exchanges such as Gate.io and AcsendEX.

Monsta Infinite is currently developing a complete and self-sustaining financial blockchain platform that is optimized for blockchain gaming as a foundation for the Monsta Infinite gaming launch, which will subsequently lead to the Openworld gameplay, AKA the Infinite Verse. It will be the first of its kind that will provide users with ample freedom and creativity; as stated in their ‘Infinite Verse Unveiled’ article, the possibilities of your universe are only limited by your imagination.

Non Fungible Tokens or popularly known as NFTs are nothing new and have been a part of the crypto ecosystem since 2017. Earlier, it was primarily used for fan tokens by different sports clubs and also in video games as in-game rewards. However, in 2021 it has become a rage of sorts as almost every major brands, celebrity, artists, sports superstars have collaborated or launched an NFT over the past three quarters of 2021. NFTs has grown from just being a fan token to a multi-billion dollar ecosystem.

P2E NFT games are currently the biggest talking point in the NFT world and while several platforms have banked on the rising popularity to launch some form of the game, Monsta Infinite takes the most basic game of card play and has turned into an affordable and engaging way that can attract gamers as well as common people just looking to play some game for leisure.

What Separates Monsta Infinite From Other P2E NFT

Monsta infinite offers the gameplay that many players have wanted for so long as it removes the pain points and issues faced by users in the current generation of NFT games. The launch of its marketplace would make it a complete ecosystem with huge potential in the growth of the native token $MONI. The value of $MONI is derived from the gameplay and unique NFT cards that are limited, unique and rare. These rare in-game cards have the potential to become the next age collectables as the game progresses. Monsta Infinite environs to

Monsta Infinite is built on ERC1155 – NFT standard contrary to the common choice of ERC721, primarily because of the multi-token standard. This would make it possible to store a vast array of multi-asset NFT items using only one smart contract, making it highly scalable which in turn could help avoid high transaction fees as well. The developers behind the project also have plans to make Monsta Infinite a truly decentralized community in the near future which would be led by the token holders and the network would be governed democratically.

What Makes Monsta Infinite a Project Worth Investing?

Monsta Infinite’s unique tokemomics and two token system helps it keep the main token $MONI a key investment and on-boarding tool. $Moni would act as the governance token only and thus has a very limited initial supply of 7 million tokens. The in-game token used for transactions would be called STT. The Monsta Infinite ecosystem would also launch a $MONI STT liquidity pool to offer staking and liquidity rewards making it a lucrative investment vehicle. The launch of staking rewards is expected to cut the circulating supply by nearly half creating a big demand-supply gap. This could help the price of $MONI surge.

STT would take away the fluctuation from $MONI’s price and make it a stable token to invest in as all transactions in the game would be done using STT. The fact that STT could only be obtained by staking MONI would keep the market supply to a minimum as the popularity of the game rises further.

Monsta Infinite has developed its own side chain on Axie Infinity rather than working on top of it, which gives it a fair set of advantages. The sidechain would allow users to bridge their Binance accounts on the Monsta chain to transfer $MONI. The project has also developed a Monsta Wallet for users to safely transfer their funds. Having its own sidechain would also make it compatible with several other popular blockchains such as Solana, Polygon. This would open the gates for multiple users from various platforms to join the Monsta ecosystem.

$MONI is listed on: