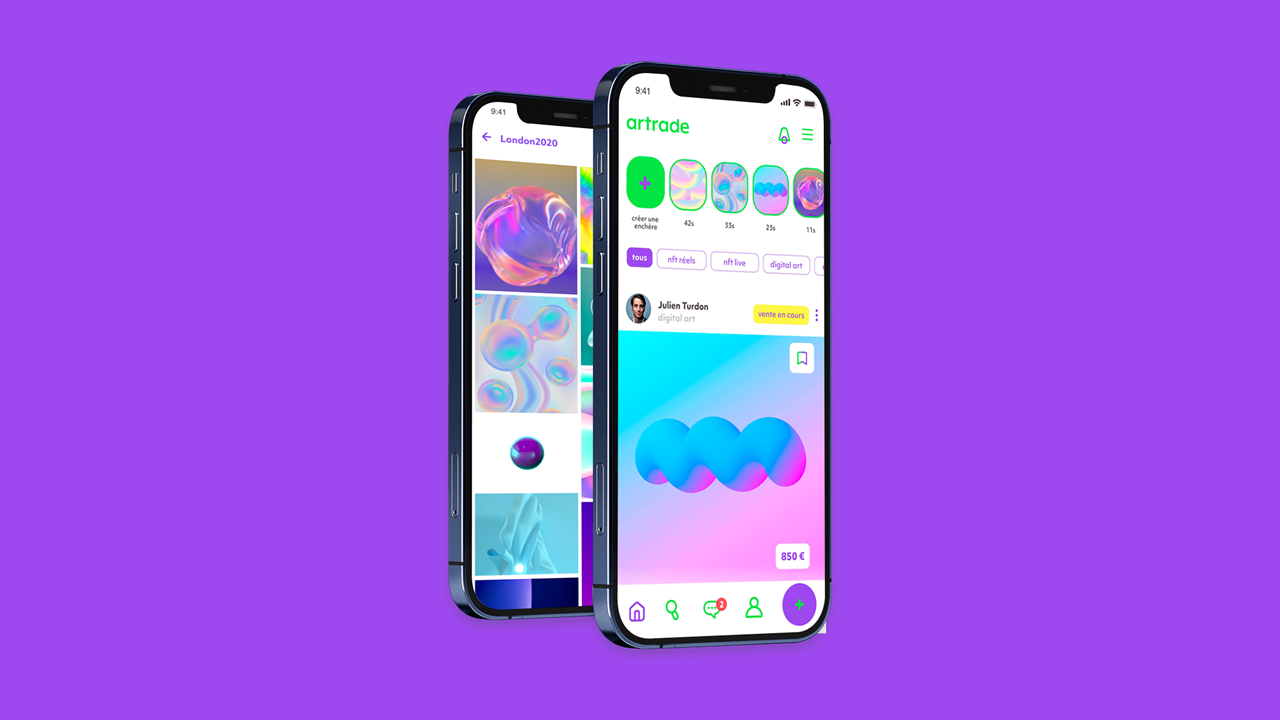 Solana-powdered NFT app Artrade aims to bridge the gap between the highly fragmented $22bn NFT marketplace and social media-based NFT community via the second round of a highly successful token sale event, allowing anybody to participate in the creation of the world’s first ethical, accessible, near-zero fee NFT marketplace.

The NFT ecosystem is one of the most promising applications of blockchain technology to emerge in recent years, growing from a $100m market at the end of Q4 2020 into a massive global ecosystem of NFT artists, investors, and marketplaces that has seen over $27 billion transacted in NFT sales and trades over the course of 2021.

Despite the rapid adoption of NFTs into the blockchain and cryptocurrency market at large, however, the rapid evolution of the NFT marketplace has resulted in the creation of a highly fragmented and disconnected ecosystem that Artrade, the world’s first social NFT app, aims to revolutionize.

The Artrade platform aims to deliver a seamless, app-based user experience that allows anybody to create, share, or trade NFTs from anywhere in the world at a fraction of the cost of contemporary NFT marketplaces and blockchain networks while delivering an environmentally-friendly solution to ethical issues presented by inefficient NFT minting practices.

The driving principle of NFTs fundamentally challenges existing standards present within the digital asset market — prior to mainstream adoption of NFTs, the ownership of digital assets, such as unique digital artwork, has historically been difficult to prove, manage, and transfer. NFTs overcome these issues by establishing immutable blockchain-enforced ownership over an asset, allowing — in theory — anyone to create provably unique digital assets or artwork and bring them to market.

While NFT technology promises to create entirely new markets based on novel transaction methods and immutable ownership, the markets that have emerged from the NFT revolution are beset by a wide range of obstacles that place significant barriers to entry for new digital artists seeking to enter the NFT ecosystem.

A lack of interoperability between multiple disparate NFT market platforms and the blockchain networks NFTs themselves are issued and distributed on creates friction between NFT creators and their audience, while high NFT minting costs and transaction costs represent a prohibitively expensive entry price to new artists.

Artrade aims to democratize the NFT marketplace by creating an interconnected, social NFT app for both NFT creators and investors. Using Artrade, it’s possible for any artist to create an account and mint NFTs at a fraction of the cost of contemporary NFT marketplaces through a simple, streamlined user interface.

Ease of use, interoperability, and social connectivity are the core tenets of the Artrade platform — unlike contemporary NFT marketplaces, which typically operate on Proof of Work blockchains such Ethereum and are associated with high entry costs or complicated minting procedures, the Artrade app allows users to enter the NFT market from any smartphone or mobile device and start participating in the NFT economy.

Minting a singular NFT or creating and distributing an NFT collection on contemporary NFT platforms can be an extremely complicated process. Depending on the platform an NFT artist uses, creating an NFT can involve interacting directly with smart contracts, which requires a relatively high level of technical blockchain competence. The cost of issuing NFTs via Ethereum can often reach as high as $900 or more in gas fees, which prevents many new NFT artists from entering the market.

The Artrade app eliminates the technical difficulty associated with issuing an NFT or converting existing artwork into an NFT, allowing anybody to create an NFT in a few simple steps from their smartphone with nearly nonexistent fees through the integration of Solana blockchain technology.

Features such as NFT Live allow users to mint and share NFTs from their top moments in seconds, while NFT Real eliminates third parties and middlemen from the NFT distribution process and allows NFT creators to share their creations with their audience with minimal commissions.

The social elements of the Artrade platform remove the disconnect between NFT communities and the market platforms NFTs are traded on. By integrating directly with social media platforms such as Twitter and Instagram as well as providing robust in-app social features, Artrade makes it possible for NFT investors to seamlessly connect with, interact with, and share the creations of the artists they support.

Proceeds generated by the second round will allow Artrade platform users to participate in the development of key Artrade app features such as NFT Real and NFT Live, as well as the integration of cross-chain functionality. ATR token holders benefit from the ability to participate in decentralized Artrade governance, discounted NFT purchases via the Artrade app, and staking-free ATR interest accumulation.