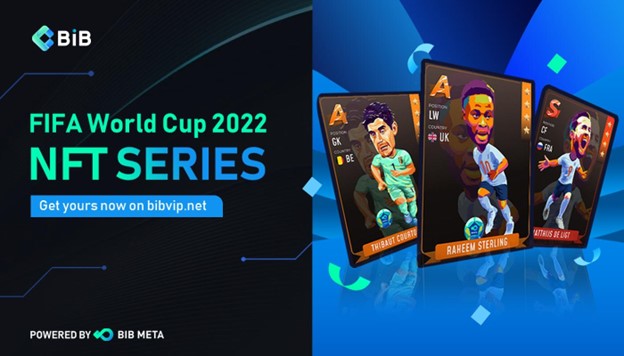 Web technology has tremendously evolved over the years. The first iteration of the Web was Web 1.0, which harbored basic websites that provided a limited or static user experience. It is sometimes called the read-only Web.

Then came the second web version, Web 2.0, which provided a richer and more interactive user experience. It engaged with a larger audience and saw the flourishing of our present-day social media platforms like Twitter, Instagram, etcetera. Unlike web2, dominated by centralized platforms such as Google, Apple, and Facebook, Web3 will use blockchain, crypto, and NFTs to transfer power back to the internet community. Although there are elements of Web 3.0 currently available, it still has a long way to go before it reaches full realization.

However, given the flourishing cryptocurrency market and decentralized applications, the market embodies a greater scope of the future and imagination. Notably, Web3 is becoming a phenomenal opportunity on par with Bitcoin – a cryptocurrency widely adopted globally, even in developing African societies where it has recorded the fastest adoption rate. But, there are still a few players in the Web 3 ecosystem, and even fewer are using it for extraordinary engagement.

One of the companies doing the latter is BIB, a company building, operating and investing in Web 3 applications with its BIB Meta platform. Remarkably, BIB Meta will be the world’s first exchange with the Web3 ecosystem that is empowered by the BIB token and vice versa. This is one of its competitive advantages.

Many decentralized ecological projects lack direct access to traffic and funding. For example, DeFi, NFT, and GameFi are often independently operated in the ecosystem. So when users engage with the aforementioned, it is done through centralized trading platforms since deposit and withdrawal of assets are integral parts of trading. These processes could be cumbersome and strain the user experience. BIB Meta is combined with BIB Exchange to ease this stress so users can perform multiple actions on a decentralized system.

The issue of privacy and security has always been a concern on Web 2.0. Many tech companies like Google and Amazon have already faced indictments for breaching users’ privacy to improve their products. It is good to know that Web3 has a natural advantage in protecting user privacy. For example, the BIB Meta Web3 allows users to join its ecosystem without identity verification. All that is required is a cryptocurrency digital wallet that links to BIB Meta, so users do not have to reveal personal private information such as email addresses, phone numbers, and others.

Just like every other digital innovation, Web 3 is vulnerable to cyber-attacks. Hence, BIB Meta is incorporating various security prompts in its operation to protect user assets so that users can confidently start their journey of Web3 with BIB.

Importantly, BIB is championing the convergence of NFTs, DeFi, and GameFi to resolve the lack of diversity in the decentralized Web3 ecosystem. BIB does this in many ways, and users can buy BIB tokens for minting NFT through token burning; NFT can be fused to upgrade its level, and a high-star NFT can be used as a community node ticket for users to stake and gain attractive profits. Also, its GameFi feature offers multi-dimensional gameplay such as match prediction, penalty shoot-out, NFT team competitions, collection achievements, etc.

Conclusively, BIB Exchange provides professional digital financial services to more than 2 million users worldwide with an average daily asset flow of more than USD 1 billion. Progressively, BIB is working dedicatedly to be a terminus a quo for users to set sail their voyage in Web3.

All Eyes on FIFA World Cup

As we count down to the start of the FIFA World Cup, Qatar is going to host the global showpiece from November 21 to December 1 8, 2022, which will be the organization’s 22nd match. Fans of all ages are eager to see their favorite teams in action to vie for the championship.

During this year’s World Cup hype, BIB Meta will lead the way for Meta-Fi adoption by proceeding with a series of non-fungible tokens (NFTs) to commemorate the FIFA World Cup in 2022. The NFTs are available to mint, buy, sell, and trade on the platform.

According to BIB Meta’s white paper, users can purchase World Cup 2022 NFT Series representing real-world players, and pit them against one another in a variety of ways to win profits—part fantasy sports, part Magic the Gathering, part FIFA Ultimate Team on the blockchain. Moreover, the utility of BIB Meta’s World Cup 2022 NFT Series will allow users to connect with a global community and direct communication channels with their favorite football players, access to exclusive online and offline events.