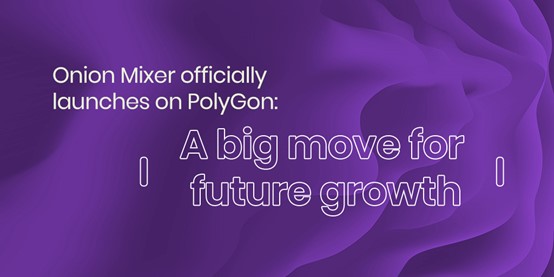 As introduced on the official website, Onion Mixer is a decentralized cross-chain protocol for private transactions. In 15 days, its transaction volume exceeded $350 million. Following this dazzling performance on the BSC chain,it has recently launched on PolyGon. 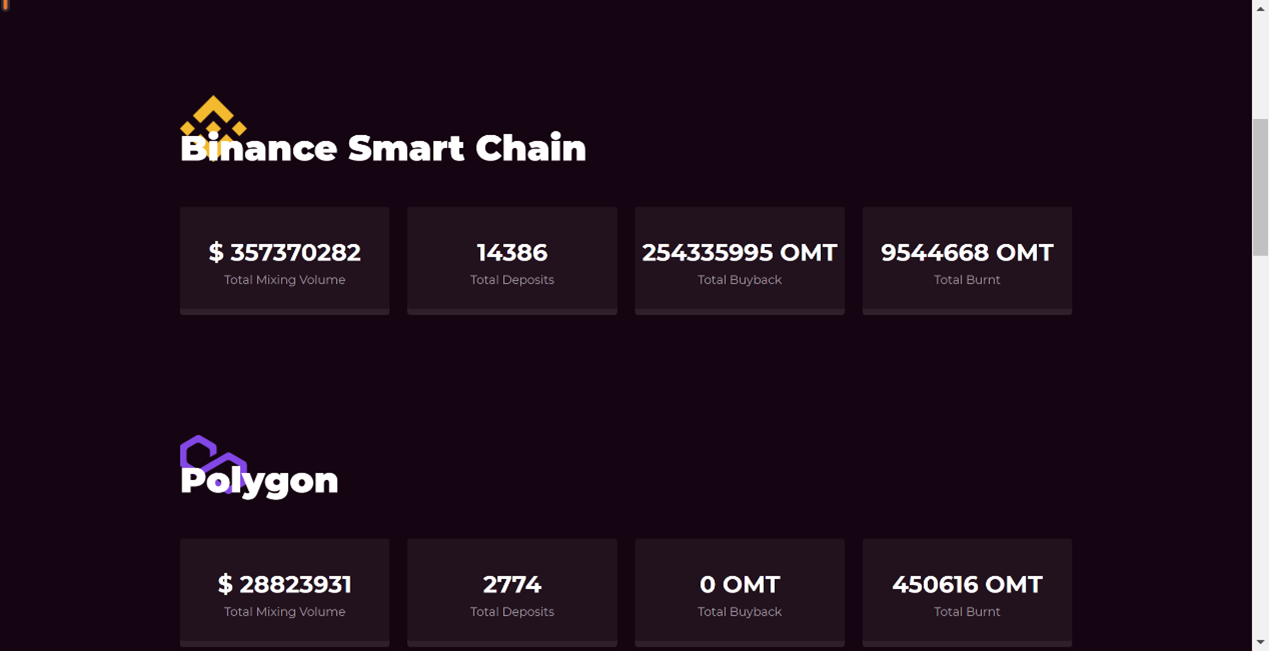 This successive success is worth analyzing.

Before Onion Mixer was launched, there was the well-known Black May Event on BSC. In fact, the funds that were successfully recovered in the event were limited, with some of the funds been transferred through the cross-chain bridge to other chains and some not successfully transferred and remaining on the BSC chain.

Onion Mixer’s launch is bliss. In 15 days after the launch, it reached the coin mixing volume of $350 million.  This indicates that users were eager to mix their assets to make them “cleaner”. Therefore, it is very obvious that when the growth rate of coin mixing transactions on Onion Mixer slows down, BTC market is not optimistic. This, to our bold guess, is because assets already mixed are withdrawn in a large amount, causing some selling pressure.

Over the course of around two weeks, the price of OMT tokens also grew from 0.0009USD to the peak of 0.0042USD, which falls slightly after the transaction volume increase.

Polygon was previously called MATIC NETWORK , and is renamed Polygon. Its token name remains the same as MATIC. It completed its first private sale in 2017 as a side chain of Ethereum.

Polygon provides a universal framework that allows developers to create custom, application-focused chains based on security mechanisms. It also provides an interoperable network that links together a variety of different extension solutions such as zkrollup, op-rollup and sidechains, making it fun and interesting to participate.

The biggest change Polygon has brought to the blockchain market is its extremely low transaction fees. Although the prohibitively expensive gas nightmare is finally over, we still need to be very cautious about joining PolyGon. Its aggressive growth within a short period of time incurs concerns over its security, which can only be tested by time.

Let’s take a look at why the Black May Incident took place on BSC.

All public chain projects, at a certain stage of their development, will frequently be hacked, including the early ETH, EOS, TRX, HECO and other large public chains, all of which suffered from hacker attacks at the peak of their ecological development and frequently. As a new rising star, PolyGon has now surpassed BSC and ETH in terms of transaction volume, becoming a public chain with the highest transaction volume. In this sense, it is fair to say that Polygon is at its highlight growth period.

As mentioned earlier, any public chain project will encounter hacking attacks during its peak development stage.

On June 28 this year, SafeDollar, an on-chain hash stablecoin project, was hacked. The attackers took advantage of a contract minting vulnerability and issued 83 trillion additional SDO stablecoins and withdrew around $250,000 tokens from the pool, making SDO price instantly plummet from $1.07 to zero.

SafeDollar is the first hacking attack in the Polygon ecology. For new joiners who have high hope of PolyGon, they are worried that young Polygon will experience the Black May Incident as BSC. This concern is reasonable although PolyGon demonstrated one of the most eye-catching performances in the entire DeFi ecology.

As the largest coin mixer in DeFi, Onion Mixer supports privacy transactions and is suitable for a wide variety of funds. Participation in the transactions can also bring users additional OMT ecological tokens, which for certain tokens to be mixed, are undoubtedly free gifts.

The current OMT token price stands at 0.0014USD. As the market demand on Polygon and the token mixing volume increase,  OMT price will surely further go up.

The strategic deployment on PolyGon is only Onion Mixer’s first step for its ecological expansion. If it performs well on this new public chain, Onion Mixer sees the potential of joining other public chains to benefit more users and at the same time realizes further project growth.