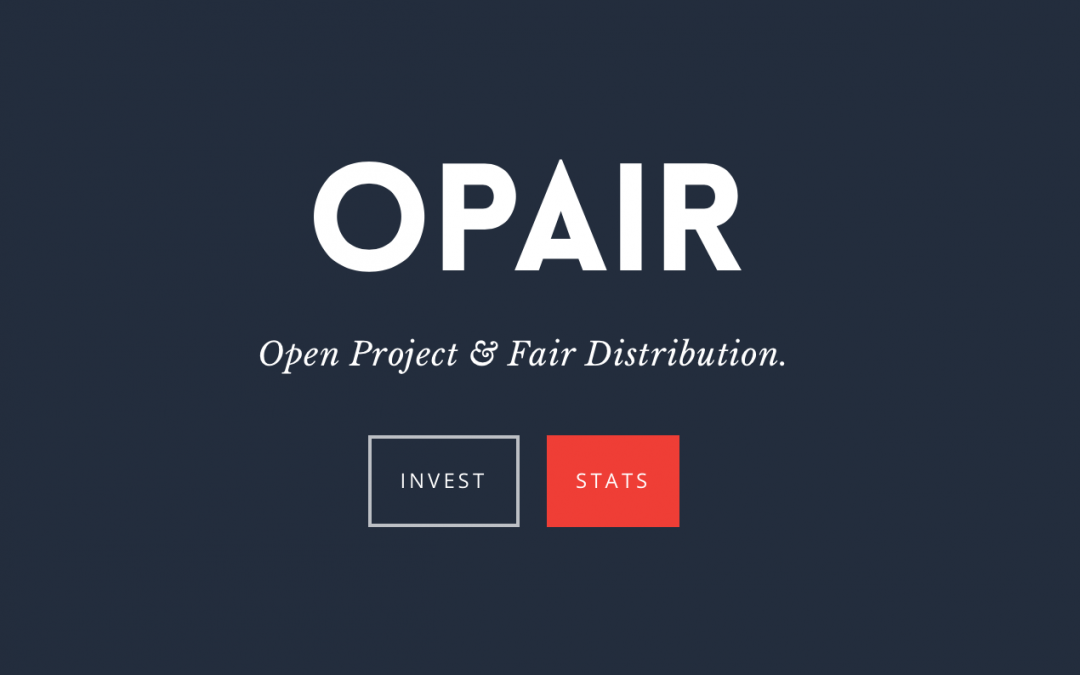 August 11, 2016, Berlin – Opair, the new cryptocurrency platform announced the launch of its ICO, on July 26, 2016. The Opair crypto tokens (XPO) can be bought by investors during the month-long ICO period.

The Opair cryptocurrency platform was founded by Frank H. Rettig and the project currently has three people working on various aspects of the digital currency platform. In addition to being a medium of value exchange like Bitcoin, Opair also includes few key features on the roadmap including a Crowdfunding platform, support for Colored Coins, Decentralized Debit Cards, Private Chains, customized Ocaml based Smart Contracts support and a Market Core with decentralized reputation system.

The idea of a decentralized debit card and using a new approach with the use of functional programming are two points that deserve to be highlighted in this project.

Inspired by Bitcoin and Ethereum, Opair is an open project, built from scratch. The platform intends to ensure a fair ICO by distributing 100 percent of the crypto tokens through the campaign and initial PoW mining. The initial PoW phase will include only 9 percent of the overall XPOs created at the moment to prevent any manipulation by miners and stakeholders over a period of one year. Rest of the Opair tokens will be up for sale at the ICO. Once the IPO and PoW phase is over, Opair will switch to PoS consensus algorithm.

Opair Project is currently working on the draft white paper, which will be released before the launch of Opair Main net. The Opair wallets will be launched soon after the ICO and the platform intends to work with Bittrex, BTC38 and Poloniex to include XPO support on their respective exchange platforms. In order to stick to their elaborate road map, Opair will need at least 700 BTCs and it is confident about raising the requirement amount through the ongoing ICO.

Opair Project is a decentralized cryptocurrency platform that believes in an open and fair offering of cryptocurrency solutions. Opair is founded by Frank H. Rettig who has over 20 years of experience in IT sector with proficiency in a range of platforms and programming languages. Working alongside Frank are Hao Wang as Opair Core Developer and Wasserman99 as Marketing Director.

Opair is the source of this content. Virtual currency is not legal tender, is not backed by the government, and accounts and value balances are not subject to consumer protections. This press release is for informational purposes only. The information does not constitute investment advice or an offer to invest.