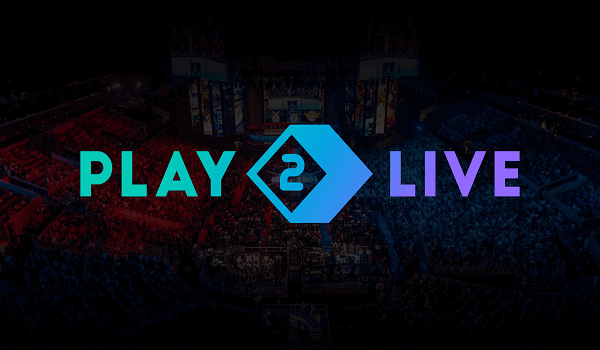 There are many ongoing talks around blockchain-based streaming services and Play2Live would be one of the first platforms to demonstrate this functionality in life. “We are moving forward according to the roadmap, and this match is a good opportunity to show investors our commitment to build a strong business that will start bringing revenue soon”, says Alexey Burdyko, CEO and Founder at Play2Live.

To support the release of the demo, the company organized B03 Play2Live Match, a show match featuring CS:GO that was held on November 20th, 18:00 CET.  “As promised earlier, we have created the technological demo version of our platform along with the blockchain network. A total of 8000 eSports fans were able to enjoy the match in high quality video, make bets, chat, comment the tournament and earn rewards”, said Orhan Zeynalli, Blockchain CTO at Play2Live. “Our main goal was to collect feedback from real users and test the platform functionality, including betting, which was made possible thanks to the blockchain technology.”

Everyone wishing to take part in the live demo was able to register online and received 100.00 LUC Silver tokens which were then used to make bets for one of the playing teams PRIDE or Havu. After the show match, the participants who voted for the winning team have multiplied the number of tokens in several times. “We are proud to have successfully implemented the first working version of the platform with the use of blockchain technology and our Level Up Coins.  We would like to thank all users for showing great interest in our platform and successfully making bets despite the instabilities that appeared due to a large number of simultaneous connections. We promise to fix these problems in future and provide a much more seamless experience for all eSport fans”, said Orhan Zeynalli.

The $1500 prize pool was awarded to the winning team Havu (34th place in HLTV.ORG rating), players from Finland who won against the PolishPRIDE (36th place in HLTV.ORG rating) with a total score 2:1. According to forecasts made by gamers before the show, the betting results were made in favor of PRIDE (80 percent against 20), however the team ceded holding a pretty tight gap. The broadcasting was provided by a popular UK castor Ryan ‘Flakes’ Oliver, the official commentator of Epicenter Qualifiers, The ELEAGUE Premier Europe Qualifiers, ESL Pro League, WESG 2016 and WCA 2017 North America and UCC Studio.