How to Profit From the Recent Crypto Carnage

by Gautham
in
Reading Time: 10 min

But, now, for a short time, there is a way for regular investors to ride on the coattails of one of the most connected teams in crypto…

In short: The team behind Global Blockchain Technologies (CSE: BLOC; OTC: BLKCF) is the best way to play the crypto boom.

The company is the world’s first blockchain hedge fund, an incubator for new crypto up-and-comers. Most importantly, it’s overseen by the co-founder of Ethereum, Steven Nerayoff. He’s as connected as they come… and helped Ethereum go from zero to over $100 BILLION. Not only does the Global Blockchain team invest in the best, brightest and most profitable crypto projects. It also incubates new and upcoming crypto and blockchain firms.

And the best part is: you don’t need to know a thing about blockchain, or crypto-currencies, to get in on the action. All you do is add BLOC to your portfolio, and let their team of the most connected blockchain experts do the work for you.

Blockchain technology is set to revolutionize every major industry. It’s time for smart investors to pay attention and Global Blockchain (CSE: BLOC; OTC: BLKCF) is the perfect place to start.

Blockchain technology is used in the crypto-currency world. It allows cryptos to bypass traditional middle-men (banks, financial firms, hedge funds) and sets up secure, linked interactive collaborative networks for the quick and easy flow of information and money.

Bitcoin may be a bubble, but blockchain is going to disrupt everything. In financial services alone it’s being applied in brokerages, exchanges, merchants, middleware… and much more. And, it’s being adopted by a plethora of financial giants including Barclays, JP Morgan, HSBC, Deutsche Bank just to name a few. Global Blockchain gives investors exposure to this booming industry. The company has built a basket of crypto-currency and blockchain investments.

The company’s team of blockchain experts choose 12 or more crypto-currency tokens to incubate and will take equity and a percentage of the founder’s tokens in return. The company can build new value into these tokens, diversifying its holdings and giving different tokens time to flourish.

Steve Nerayoff was a senior adviser for the crypto-currency Ethereum when it was first launched: since then, the currency has risen 94,000 percent. Nerayoff also designed the Ethereum crowdsale, which funded the project, and went on to advise Lisk crypto-currency, now with a market cap of $526 million. He’s got a history of building hundred million dollar projects.

President Shidan Gouran is a blockchain expert with a long track record of spotting successful crypto-currencies.

The point is: these guys are experts at blockchain. They use their experience to pick the investments that could become winners, so you don’t have to. That makes Global Blockchain the perfect crypto investment for regular investors who want exposure to the sector… without going all-in.

#2 They Make the Investments

Last year, crypto-currencies and blockchain stocks burst on to the scene, taking investors by surprise. Now, everyone wants to get in on the action. But investing in cryptocurrencies can be dangerous. Different coins are highly volatile, and values can change in the blink of an eye.

There’s clearly money to be made in crypto-currencies and blockchain technology. The trick is doing it without exposing yourself to all that volatility. Global Blockchain (CSE: BLOC; OTC: BLKCF) invests in a basket of holdings in the Blockchain space, giving it smart exposure to the entire sector.

In return for incubating specific tokens, Global Blockchain receives equity, allowing it to profit down the line as the token picks up value.

But Global Blockchain is more than just a basket of currencies. The company is incubating specific tokens, building a diverse portfolio based on the token economy. It’s the only company out there making this kind of play.

In 2017, investors could score big on the rising value of crypto-currencies. But Global Blockchain is playing the long game, and is investing in protocols for stabilizing the token economy and turning it into an engine for real growth.

It does this through a very particular strategy.

Bitcoin has a market cap of $157 billion, while Ethereum comes in at $109 billion and Ripple at $38 billion. These three tokens dominate the crypto space. In the last year, these three currencies averaged more than 900 percent increases in value (for Ethereum, it’s more like 90,000 percent!)

But there’s still lots of room for growth. The amount of the world’s wealth held in crypto-currency is very, very small: less than 0.5 percent. While these larger, more expensive cryptos get all the attention, there’s real potential in medium and small cap tokens.

Smaller coins bring higher returns. Verge, a crypto with a market cap of $864 million, has delivered a ROI of 203,049 percent to its investors. Other tokens, like PIVX, Einsteinium, ReddCoin and Stellar are also high earners: they’ve all brought ROIs of more than 10,000 percent.

In fact, the average price gains from the top ten small-cap tokens is more than 40,000 percent!

Global Blockchain (CSE: BLOC; OTC: BLKCF) goes after these types of small-cap currencies. And the insights of the company’s team gives them the experience to choose the tokens most likely to have success, sifting through the hundreds of small-cap tokens.

One way they do this is through specific targeting of tokens before they reach the ICO stage. An ICO (initial coin offering) is a fundraising tool for crypto currencies similar to an IPO (initial public offering). It’s the moment when the token officially becomes available for purchase.

Global Blockchain deploys its crypto expertise and targets some of the most promising tokens before they reach the ICO stage.

Before tokens break out and maybe start going for thousands of dollars, Global Blockchain is able to secure a piece of the pie, handing down the value of its diverse holdings to investors who want exposure to the crypto market.

Global Blockchain (CSE: BLOC; OTC: BLKCF) has also positioned itself as an incubator for token start-ups.

As the only “crypto hedge fund” in the business, it can get in on the ground floor with tokens before they reach the ICO stage.

For example: Global Blockchain was one of the first buyers of Kodak Coin, a brand-new token from the legendary camera and film company. 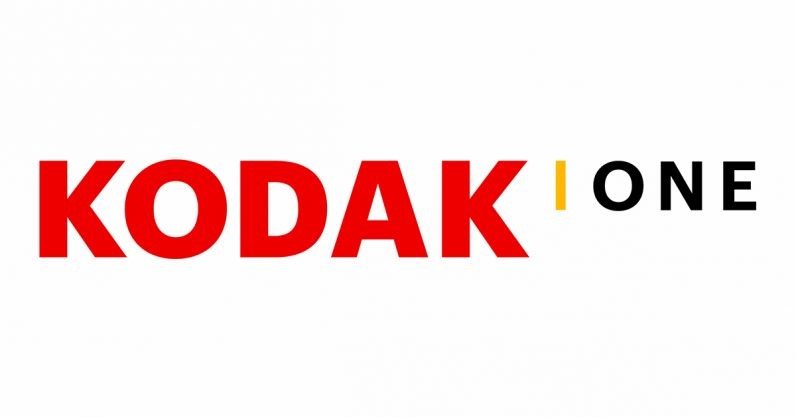 Global Blockchain was offered 8 million KodakCoins as part of a pre-ICO sale, which the company secured at a huge discount for only $2 million.

The company is also working to bring blockchain technology to software applications. In connection to its KodakCoin investment, Global Blockchain is partnering with Overstock.com and its subsidiary tZero to facilitate the KodakCoin ICO.

With tZero setting up a secure platform for KodakCoin, which will make the token more readily available and compliant with SEC regulations, Global Blockchain is to provide advisory services.

The platform will provide a secure way to facilitate ICOS in a way that is regulated and secure.

And this is just the beginning.

Global Blockchain can bring its expertise to a dozen different areas. Through its innovations, discreet economies can be “tokenized” and made secure, facilitating a wider use of tokens for every-day transactions.

For example, in-game economies for massive video games like Second Life, Eve Online and World of Warcraft represent huge possibilities. The economy of the game Second Life, for example, could be worth as much as $500 million, and users spent $60 million in real currency in 2014.

Global Blockchain could bring turn that virtual money into tokens and trade them via the token market its developed for KodakCoin. And with each innovation, BLOC stock ticks higher and higher.

The crypto market realized huge gains in 2017. And it’s just getting started.

And Global Blockchain (CSE: BLOC; OTC: BLKCF) is one company that has the expertise, the strategy and tools available to make that value accessible for the investor.

The exposure gained from Global Blockchain’s diverse portfolio and its stake in new crypto start-ups allows it to offer opportunities that investors can find nowhere else.

And it’s all under the watchful eye of Steven Nerayoff, the co-founder of Ethereum and the man who helped build the second most valuable crypto, now worth more than $100 billion.

An exciting future awaits Global Blockchain. Its partnerships with tZero and KodakCoin, the possibility of bringing token technology to virtual video game economies, and other exclusive opportunities mark it out as a company to watch.

For investors who want in on the crypto-currency gold rush, this is the perfect option: it’s as simple as adding the stock to your brokerage account, then watching the price and the announcements. With a market cap of only US$64 million, Global Blockchain‘s participation in the blockchain and token world give investors a chance to participate too.

Over the coming weeks, expect new information that could place more focus on this company, including…

Don’t miss out on the blockchain revolution… especially when you can get exposure to experience, tokens, and projects with one simple stock investment in Global Blockchain (CSE: BLOC; OTC: BLKCF).

**IMPORTANT! BY READING OUR CONTENT YOU EXPLICITLY AGREE TO THE FOLLOWING. PLEASE READ CAREFULLY**