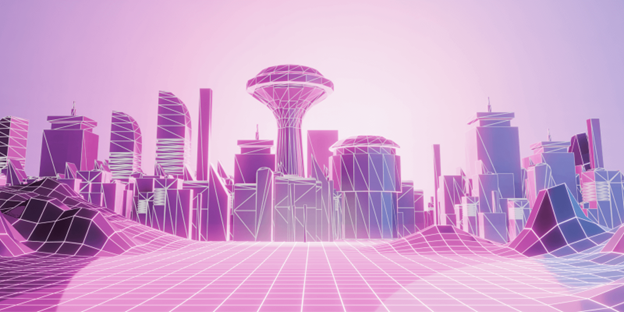 Projects Experts Consider To Be the Best Crypto Presales for 2023

Did you know that Decentraland returned its earliest investors over 24,000% from MANA’s initial presale price to its all-time high? This figure just goes to demonstrate how much profit could be made from getting in early during crypto presales. Today, you’ll discover what experts consider to be ten of the best crypto presales for 2023, with one clear winner you can’t afford to miss out on.

Metacade is a community hub with an ambitious goal to become the number one spot in Web3 for all things play-to-earn (P2E) gaming. Community spaces have become vital for gamers over the past decade – just look at the rapid rise of platforms like Discord and Twitch. Metacade is aiming to reach the same level of stardom while taking advantage of the incredible benefits crypto and decentralization have to offer.

Metacade has all the core features and tools gamers need to make the most of P2E gaming. For example, there are spaces for reading the hottest GameFi alpha shared by industry experts, dedicated forums for discussing popular P2E titles, and reviews to help you discover which games are worth playing. There are also regular events, tournaments, and competitions to help keep the community a fun and vibrant place.

Where Metacade excels, however, is in its player-first philosophy. To encourage its members to make the platform the best it can be, Metacade offers MCADE to anyone sharing the hottest tips, insightful reviews, and other valuable pieces of information. Even if you’re entirely new to P2E, you can earn just by sharing your opinions.

Most importantly, Metacade is giving players a chance to influence the direction of the P2E industry with its Metagrant program. Metagrants are a funding tool that lets MCADE holders vote on which game developers they believe deserve financing. To win, developers must simply win the most votes for their idea in one of the Metagrant competitions.

If they’re successful, developers are awarded resources from the Metacade treasury to help get their vision off the ground, with the final game added to the platform’s virtual arcade. They can even receive feedback on their games through Metacade’s native testing environment, where users are paid MCADE to find bugs and improve the game. This feature isn’t open to just lucky Metagrant winners; game developers across the globe can choose to use Metacade’s community to help them develop and test their games.

With plans to turn the community into a decentralized autonomous organization (DAO), multiple earning opportunities, and a spot in one of crypto’s fastest-growing industries, Metacade could soon dominate. Already, its presale has attracted a whopping $3.4 million in phase 2 of 9, and this number is expected to keep climbing rapidly as more investors discover this disruptive project. For that reason, Metacade is the best crypto presale of 2023.

EstateX has been crowned the second-best crypto presale of 2023 for a very good reason. If you’ve been following the crypto space for some time, you know that tokenization has the potential to revolutionize ownership, from degrees and medical records to art and cars. Most importantly, it could transform the way real estate is owned.

That’s what EstateX is trying to achieve. By launching tokens that represent ownership of real-world properties, it’s opening up a new stream of daily passive income for ESX holders. Whereas real estate ownership was once the domain of the rich and wealthy, EstateX lets users invest as little as $100 to receive fractional shares in residential and commercial properties. Already attracting plenty of attention in its crypto presale, ESX could soar as users flock to get their hands on these fractional tokens.

Keter Network is an Ethereum-based token that allows users to build and execute smart contracts without knowing a single line of code. By harnessing the power of AI, Keter offers automated functions and libraries that can be accessed and implemented using natural language. For example, users can type out requests to the AI and build complex smart contracts in minutes.

There’s also an option for developers to import their code and use AI to scour their smart contracts for bugs and vulnerabilities. As one of the first blockchains to implement AI technology, Keter is one of the most exciting presales on the market. Combined with the rapid evolution of products like ChatGPT and the expected AI-crypto trend in 2023, Keter is one to watch. That’s why it ranks so highly in this list of the best crypto presales for 2023.

Unlike the majority of presales hitting the market in 2023, WeSendit has actually been around for years. WeSendit is a Swiss file-sharing company that makes sending large files easy while offering leading data protection and security. Following in the footsteps of decentralized file-sharing titans like Filecoin and Storj, WeSendit is beginning its transition into the decentralized web.

This approach has multiple benefits for prospective users. By using decentralized storage, WeSendit ensures its users’ files stay completely confidential while costing 80% less than centralized cloud storage providers. Additionally, it means users can store data without the limitations of centralized servers, meaning they can lock away several terabytes and even petabytes at a relatively low cost. While it remains to be seen how WeSendit compares to more established decentralized storage providers, its value proposition and file-sharing expertise make it one of the best crypto presales of 2023.

Avoteo is an innovative project that has already attracted plenty of attention from investors that regard it as one of the best crypto presales of 2023. Avoteo is a decentralized crowdfunding platform that features a unique model, allowing AVO holders to vote on and decide which projects receive funding – much like Metacade’s Metagrant scheme!

Like Metacade, Avoteo doesn’t require users to put up their own funds in order to invest in projects. Instead, it charges a 10% fee on all transactions made with AVO tokens, and the pot that builds up is used to fund projects. Holders can then receive passive income in proportion to the number of tokens they hold. This innovation, if successful, could transform the crowdfunding industry.

ASTL is another passive income crypto project looking to leverage the power of AI and crypto mining to give users a substantial return on investment. Instead of purchasing costly mining equipment themselves, ASTL lets users purchase the ASTL token to gain access to regular rewards while the project mines crypto.

By using AI to determine the optimum level of energy consumption and computing power, alongside green energy sources, ASTL says it can offer holders up to 11% APY – much more than your local bank will likely offer. According to the ASTL website, the cryptocurrencies it mines are diverse, meaning that volatile prices should have a minimal impact on users’ returns. As such, ASTL is one of the best crypto presales to consider in 2023.

Gummys is quickly cementing itself as one of the best presales of 2023, thanks to its potential to revolutionize the streaming industry. Gummys is a platform that enables users to share and watch uncensored, secure content. Using Filecoin’s IPFS decentralized cloud storage system, Gummys allows content creators to truly own their content without fear of being shut down. Only users can vote to determine whether an account should be closed or a video removed.

Creators can even choose to mint their content as NFTs, allowing their work to be bought and sold on the open market. Moreover, whenever you stream or share content on the platform, you earn GMY. With backing from Filecoin, a partnership with Polygon Studios, and a grant from AAVE, Gummys seems to be on the right track. If it can fulfill its vision, it could kickstart a new wave of adoption for decentralized streaming platforms.

Mintpad is a multi-chain NFT minting platform that helps artists easily launch their collections while offering industry-leading transparency for buyers. Its decentralized application (dApp) makes creating your own NFT collection as easy as possible on any given chain. Mintpad is focusing on making the NFT market safer, and more resilient to rug pulls by verifying the identities of each creator with advanced KYC tools.

Moreover, 5% of the raised funds from each sale goes to a buyback pot that ensures investors make a profit at the launch of each collection. There’s even a 1% reward for every NFT collection users refer to Mintpad, meaning that if the project sells $100k in NFTs, the referrer receives $1k. With the potential to become the de-facto home of NFT minting, Mintpad is certainly one of the best presales for 2023.

Metacade (MCADE) could easily be the best crypto presale of 2023

As with any new venture, getting in at the start can be risky. While it can be incredibly profitable if you pick the right projects, the number of failed projects vastly outweighs the successful ones. Hopefully, with this list, you can find some clarity on which presales are worth investing in. Notably, crypto presales like EstateX, Keter Network, and Avoteo have the potential to be considerable disruptors in their respective fields.

However, when comparing what each project here has going for it, there’s no beating Metacade. Gaming hubs are already a proven success, and by leveraging blockchain technology to create a next-generation community-owned platform, Metacade could quickly benefit from the network effect to become Web3’s go-to for P2E.

If you believe Metacade could be the future of P2E, you’ll want to check out its MCADE presale as soon as possible. Already, a flood of investment has propelled the price of MCADE 50% from $0.008 to $0.12, and time is quickly running out to grab tokens at these prices. After raising almost $2.7 million in the first seven weeks of its presale, targets have been set for Metacade to double these figures in just a matter of weeks. If you’re struggling with which presale to go for, why not take a look at Metacade’s whitepaper?