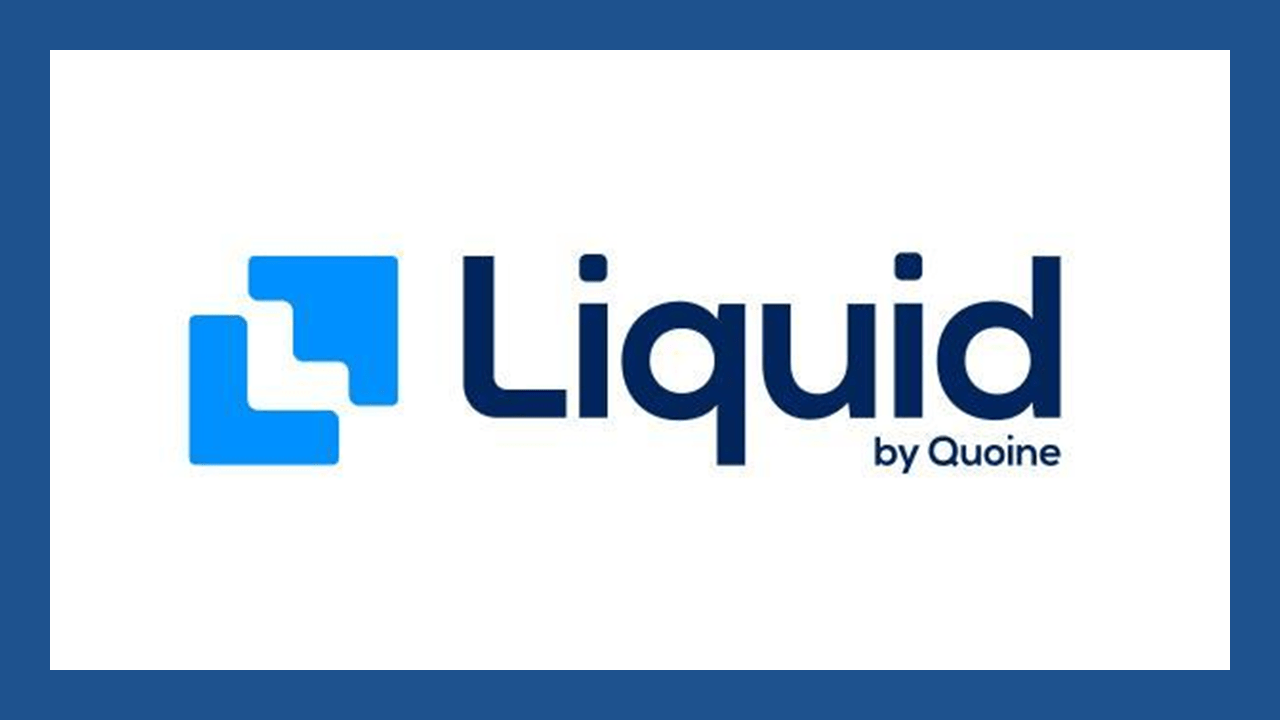 At launch, Liquid allows users to match trades across multiple transactions and cryptocurrencies. For example, the orders of BTC/SGD, ETH/SGD, and BTC/ETH can be matched together. This is expected to greatly increase the liquidity of all available cryptocurrencies on Liquid.

In subsequent stages, Liquid will offer a World Book technology that aggregates the orders and prices on various exchanges into a single highly liquid and tradable order book and allows orders to be placed in the currency of one’s choice.

A fragmented trading landscape and lack of liquidity have hampered the development of the cryptocurrency markets. Liquid will facilitate market stability, enhance liquidity and empower a new wave of digital asset traders to buy and sell tokens safely.

Quoine is the first global cryptocurrency exchange to be officially licensed by the Japan Financial Service Authority (FSA) for its Japanese operations. Moreover, Quoine’s existing trading platforms, Qryptos and Quoinex, are among the most advanced in the world. The existing digital currency exchange and trading platforms will merge into the new Liquid portal, providing access to liquidity pools sourced by a unified platform.

Currently, Quoine processes annual transactions worth over USD 50 billion and is amongst the top crypto-exchanges in the world[1]. In November 2017, Quoine successfully raised USD 105M in an oversubscribed ICO, to fund the growth of the Liquid platform.

A fragmented and non-liquid crypto economy

Crypto exchanges offer an overlapping variety of cryptocurrency pairs. However, the fragmented trading landscape has led to price and volume discrepancies, creating individual currency silos, with greater liquidity on one exchange not reflected on the other. As liquidity and the best price constantly shifts from exchange to exchange around the world, it creates substantial price volatility and accessibility issues for traders.

“Cryptocurrency markets need stability. This year, the 30-day BTC/USD volatility [2] index has been above 3% for almost the entire year, with highs topping 8% at the start of the year. Liquid is paving the way to a less volatile future by improving liquidity within the cryptocurrency ecosystem,” said Mike Kayamori, Co-Founder and CEO of Quoine.

“However, Liquid is more than just a cryptocurrency exchange. Liquid is an all-in-one platform that will bridge the gap between traditional finance and the token economy. We offer everything you need within our suite of services, while our underlying tech will help connect a global crypto community.” 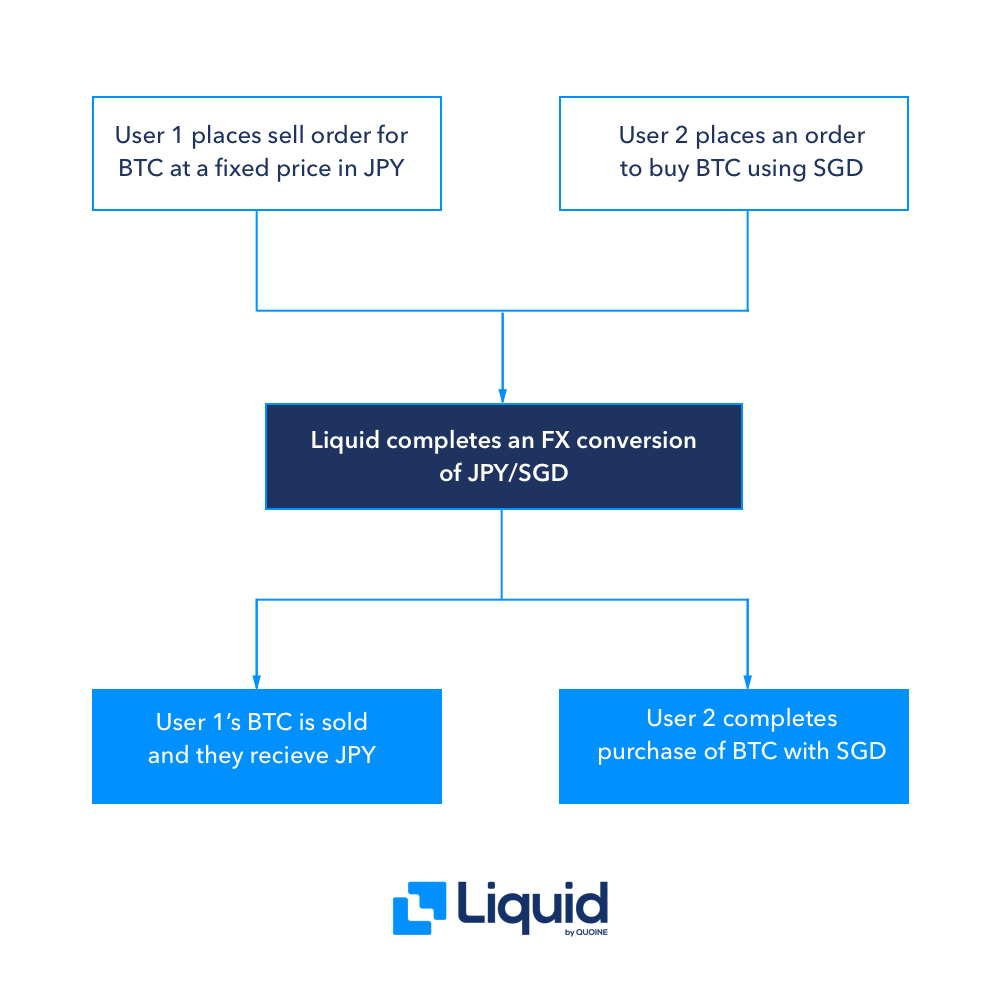 The Internal Order Book completes an FX conversion of JPY/SGD in order to match a trade of different trading pairs within the Liquid platform. 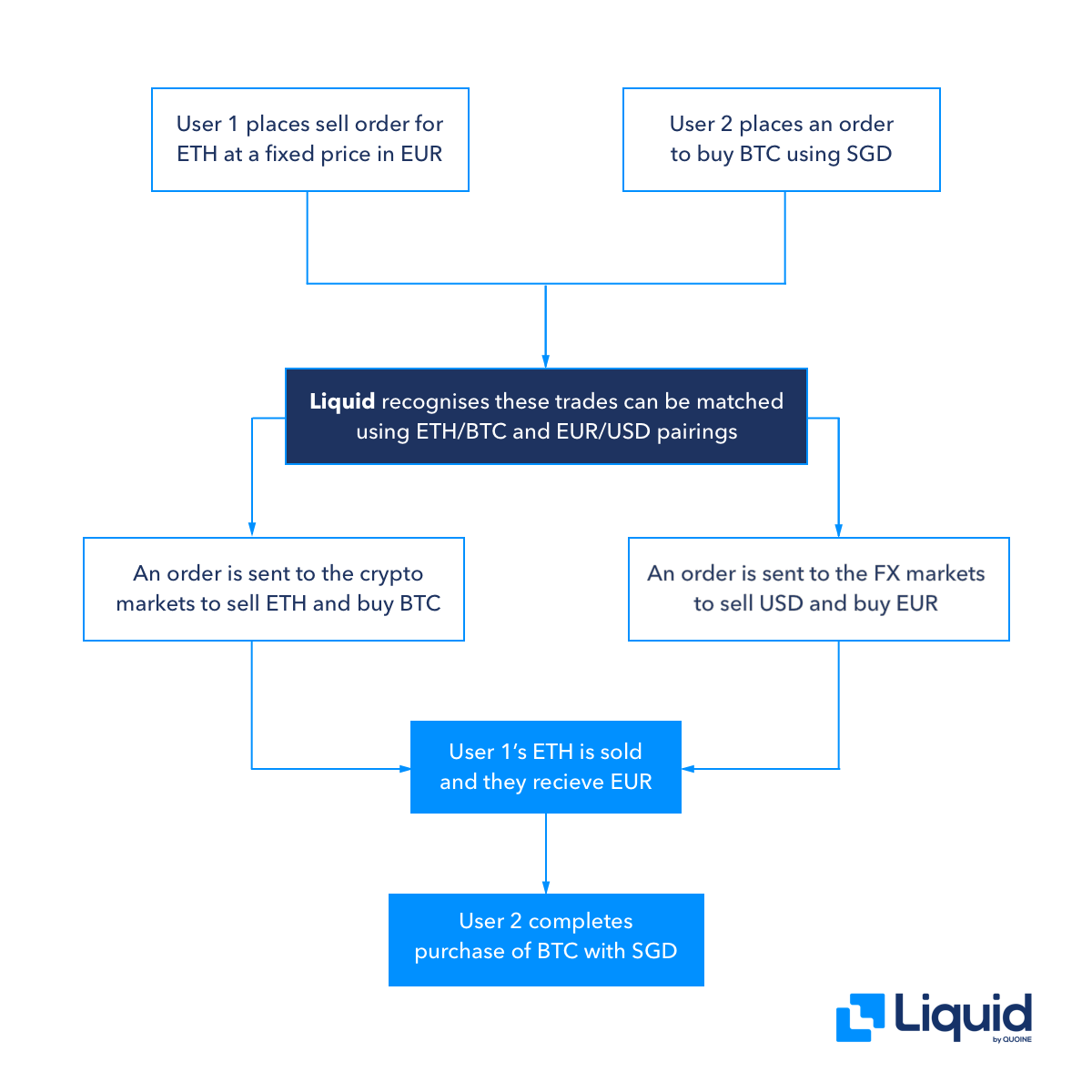 The matching engine within the External Aggregate Order Book allows a trade of ETH/EUR to be matched with a trade of BTC/USD.

Quoine is a leading global fintech company that provides trading, exchange, and next-generation financial services powered by blockchain technology. With offices in Japan, Singapore, and Vietnam, Quoine combines a strong network of local partners with extensive team experience in banking and financial products to deliver best in class financial services for its customers. More information is available at www.quoine.com

In 2014, Quoine launched Quoine Exchange, later known as Quoinex, which became one of the largest bitcoin exchanges in the world by transaction volume.

In September 2017, Quoine Corporation became the first global cryptocurrency exchange to be officially licensed by the Japan Financial Services Agency for domestic operations.

As at July 2018, both Quoinex and Qryptos exceeded USD 50 billion in combined transaction volumes in the past 12 months.

In September 2018, Quoinex and Qryptos was merged and relaunched as Liquid. Liquid is powered by Quoine’s World Book, which provides customers enhanced price matching and deeper liquidity for various fiat and cryptocurrency pairs. More information can be found at https://liquid.com