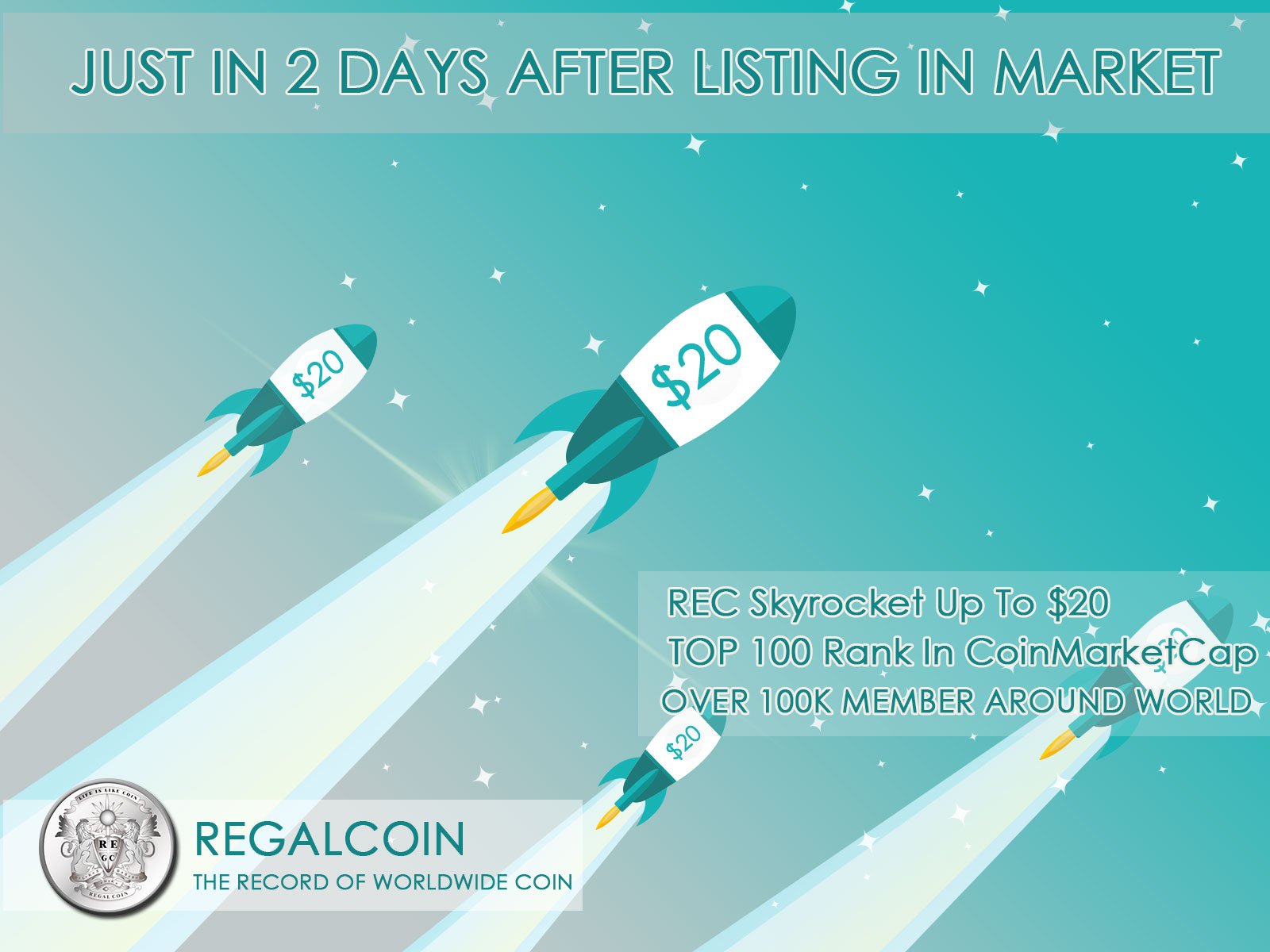 The ICO Regalcoin process was a success!

In just two days, the price of the coins increased sharply to $20, which is 2000% increase of initial price since it was listed in market Coinexchange on 10th October ago.

As we know, market is responding very well to Regalcoin, and therefore the price of REC skyrocketed in 2 days. The exact reason for REC prices to skyrocket in a short time is the support of Lending program to Regalcoin.

This lending program is the Official Program of Regalcoin aimed at passive investors who don’t need to worry about changes in REC market prices because each contract runs in the form of USD and fluctuating prices will not affect investor earnings.

A great thank you is dedicated to our loyal members in the whole world who have believed in Regalcoin and made it very successful during the ICO process and congratulations to those of you who have taken advantage of the lower price during the ICO, and get a profit of up to 2000% of the initial capital within days.

We predict in December 2017 the REC price will be able to touch at the price of $ 50, due to support lending program. The more the lending then, the less the number of coins in the market. With fewer amounts and increase in demand will sure boost the REC price to $ 50.

Of course with this achievement, we also do not forget to keep trying to make the Regal platform is perfect for you.

Of course with this achievement, we won’t forget to keep trying to make the Regal platform perfect for you.

Once again, congratulations and best wishes!

Tags: blockchaincryptocurrencyregalcoin
TweetShare
BitStarz Player Lands $2,459,124 Record Win! Could you be next big winner? Win up to $1,000,000 in One Spin at CryptoSlots