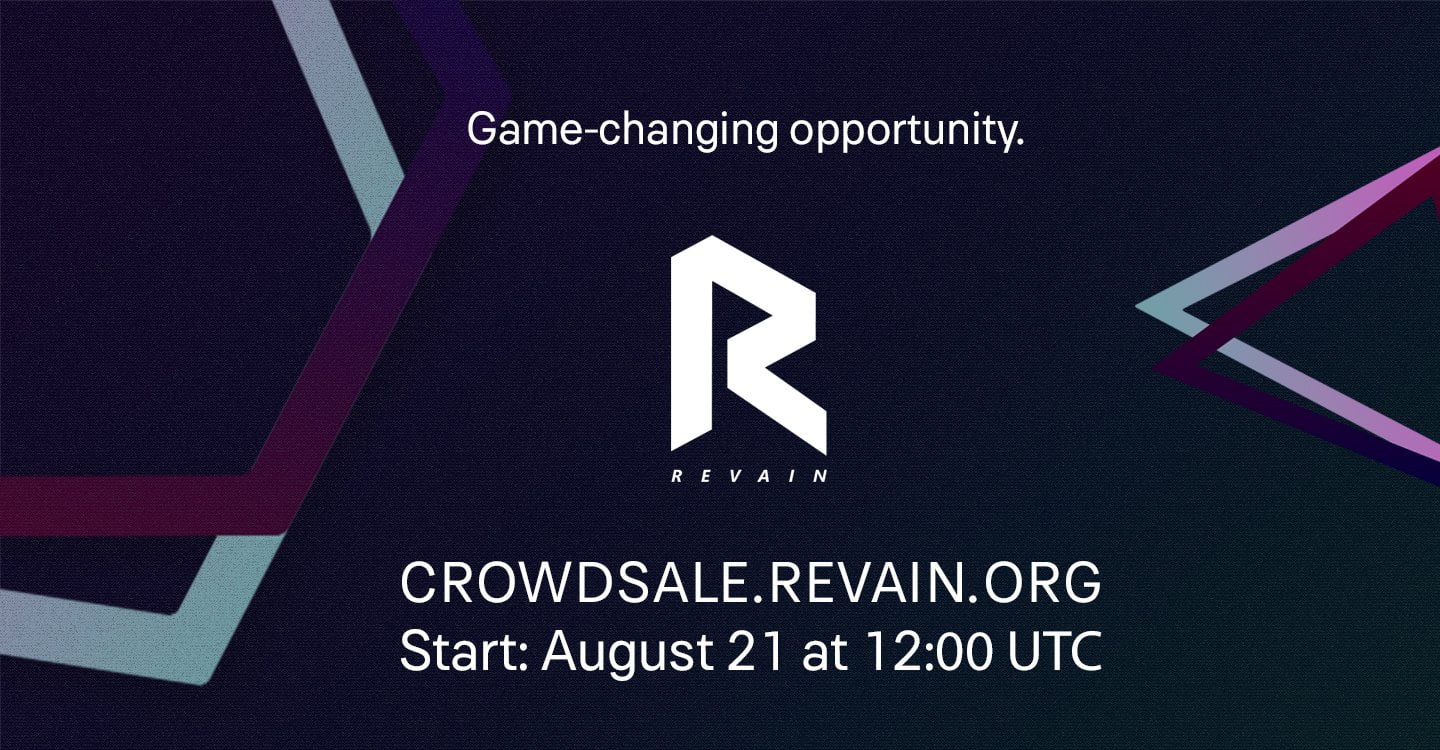 REVAIN’S pre-crowdsale was launched on August 8 and within half an hour of going live reached its hard cap. We have accumulated 854,070 USD dollars and that was a big success. The platform received the feedback way more exceeding the expectations of developers which caused temporary malfunction. We faced a DDOS attack on our server, and we were not ready for that. We anticipated several large investors to invest in Rivain. However, we were not aware of the volume they were ready to invest and underestimated their investing potential.

With these impressive results, REVAIN is expecting to reach the soft cap during the first hours of crowdfunding that is to be launched on August 21. Following cryptocurrencies will be accepted:  Bitcoin, Bitcoin Cash, Etherium, Etherium classic, Litecoin, Dash, Monero, Zcash, NEM or other blockchain projects tokens. Crowdfunding will last for 2 weeks.

REVAIN is a breakthrough review platform implementing blockchain technology making sure that the feedback the users leave is authentic. The authenticity is achieved by KYC and the operation method where reviews fragments are processed both by machines and manually being saved into the blockchain. Therefore, there is a guarantee that those comments won’t be edited later. KYC-systems features are used to provide super organic reviews and minimize the risks of fake ones. The platform token called RVN is used to motivate users to leave only legitimate reviews.