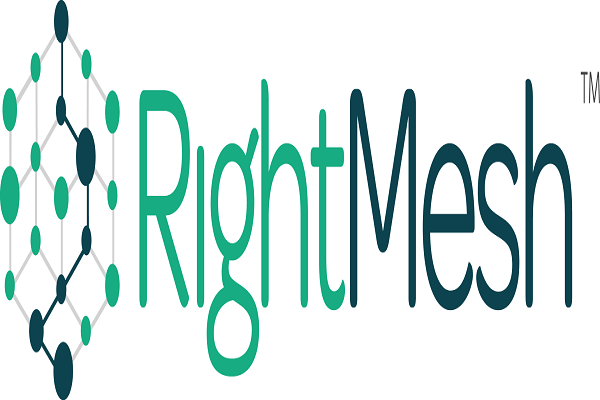 VANCOUVER, CANADA, September 7, 2017  — RightMesh introduces a truly decentralized, peer-to-peer network and platform for sharing Internet capacity, aimed at increasing global connectivity. Details of the platform are given in its white paper, released today.

Co-founder and CEO John Lyotier said, “The United Nations has deemed Internet connectivity to be a human right, and it’s our goal to help bring about universal connectivity by incentivizing people to share their excess Internet capacity with those who lack access.”

Sharing economy platforms, such as Uber or Airbnb, have achieved great success by allowing people to monetize their surplus resources. In the same way, RightMesh empowers people to profit from their access to connectivity or on-device resources (processing, storage, or sensor data). Unlike Uber or Airbnb, RightMesh is decentralized and completely peer-to-peer, meaning it does not depend on a central intermediary to facilitate transactions.

“In the event of a natural disaster that disrupts people’s ability to get Internet access, RightMesh’s distributed network would be able to continue providing connectivity,” said RightMesh co-founder and COO, Chris Jensen. “There is a huge need to innovate effective ways for people to get in touch with loved ones and call for help when connectivity via centralized systems fails. One of our goals for RightMesh is to protect people against such negative disruptions by deploying a decentralized network.”

Users and devices on the the RightMesh network are uniquely identified with a secure Ethereum account. The Ethereum blockchain will allow users to exchange cryptocurrency tokens, providing an economic incentive for participation in the network. Any device on the RightMesh network can buy and sell bandwidth from other users. Users reselling their data can name their price and, like any marketplace, supply and demand will ultimately determine the rate. The RightMesh application directs devices to transact with other devices in the most efficient manner, in the fewest possible “hops” and at the lowest cost. RightMesh will incorporate a cryptocurrency of their own to encourage the network to grow.

For media inquiries, or to schedule an interview, please contact Nikki Brown at Melrose PR nikki(at)melrosepr(dot)com or call (310) 260-7901.

RightMesh, incubated by parent company Left, is a distributed network and platform that incentivizes individuals to share excess Internet capacity and device resources to those who lack access, thereby increasing global connectivity and facilitating international communication and commerce. The RightMesh wireless network is self-forming, self-healing, and self-regulating, using various technologies in smart devices rather than relying on traditional infrastructure. RightMesh’s networking technology is already used in a content-sharing and local messaging app called YO!, which has received over 1 million installs and is actively used in emerging markets. RightMesh aims to connect the next 1 billion people with the power of blockchain and mesh technology combined.

THIS ANNOUNCEMENT IS FOR INFORMATION PURPOSES ONLY AND IS NOT AN OFFER TO PURCHASE OR A SOLICITATION OF AN OFFER TO SELL ANY SECURITIES.