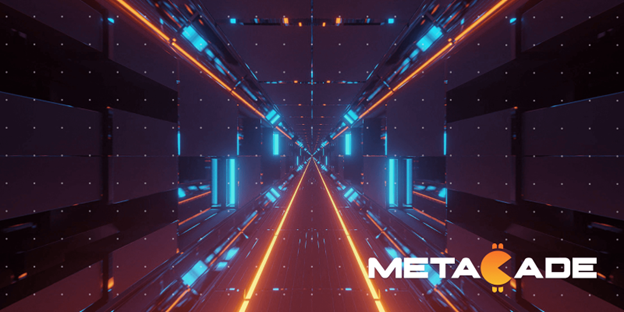 Investing in cryptocurrency is a great way for savvy investors to make significant returns, especially if they can spot the projects with the highest potential.

This article will look at two of the most promising projects: Ripple and Metacade, exploring why investing in one could yield massive returns between 2023 and 2030 and why, despite the Ripple price prediction, Metacade has big potential for investors looking for maximum gains in 2023.

Metacade addresses a key and emerging need in the gaming world by providing a Web3 community hub for gamers and crypto fanatics to collaborate, connect, and play.

From funding gaming development to advertising Web3 jobs, Metacade has lofty ambitions to become the go-to place for the metaverse gaming revolution while also putting the community first by empowering users to take ownership of Metacade and drive the platform forward.

The vision is to put games back into the hands of gamers while revolutionizing how traditional community gaming hubs are operated and owned, making the project an appealing proposition for investors looking to get in early to a project that looks likely to succeed.

How does Metacade work?

Metacade offers a wide range of exciting features for users. For gamers, it offers the chance to play popular games and enter competitive gaming tournaments for the chance to win big prizes. Additionally, users can hang out and chat with fellow game enthusiasts, view leaderboards, publish reviews, and even access the most exciting new GameFi alpha right on the platform.

Metacade also has a Metagrants scheme where game developers can submit their projects, and

token holders can vote on which submitted game ideas will receive Metagrant funding. This scheme enables users to directly influence the growth and direction of the Metacade game library.

Another critical factor to Metacade’s appeal is a planned transition to decentralized autonomous organization (DAO) status. This transition, putting ownership into users’ hands and the community in charge, is planned for late 2024.

This wide range of features is part of why XRP investors are so excited to move over, as the Ripple cannot offer the same rich feature set.

MCADE is a critical component of the Metacade ecosystem, acting as the utility and governance token that fuels the platform. As an ERC-20 token on the Ethereum (ETH) network, it offers low (and decreasing) transaction costs and an incredibly secure network.

As you might expect from a powerful utility token, MCADE is used widely on the platform. It can be used to engage within the Metacade ecosystem to exchange tokens for merchandise and access competitions and tournaments, acting as the fundamental exchange unit across the Metacade platform.

Members who contribute to the platform, write game reviews, and engage and interact with the community can earn MCADE tokens. Holders can also stake their tokens to generate a passive income; these earnings will be paid with stablecoin to keep the number of MCADE in circulation low.

The price of MCADE is likely to rise significantly, given that more and more users will need it as the adoption of the Metacade ecosystem increases. The forecast growth will likely result in a dramatic price increase once the Metacade team’s impressive roadmap becomes a reality in 2023.

With this in mind, it would be no surprise if the price of MCADE saw a 50x increase in 2023 — bringing its price up to around $0.50. With steady adoption on its way to leading the Web3 gaming space, by 2030, MCADE could easily see a total market cap in the region of $15 billion, making the price of each MCADE $7.50.

If Ripple loses its court case against the SEC, as some are predicting, the price of XRP can be expected to plummet. However, even if Ripple does win the lawsuit, it still does not guarantee any long-term growth for the price of XRP. A big issue facing the Ripple price prediction for XRP is that its many holders have held throughout the court case and may look to sell once the case ends.

Ultimately, XRP’s volatility makes it a relatively poor investment. With many holders and competing projects now available, XRP will likely stay below $0.50 in 2023, even if they win the case. With Ripple already being so well known, it’s likely that by 2030 the XRP token will only increase by around 10% per year on average — meaning XRP could well still be around just $1. This low growth potential makes the Ripple price prediction for XRP alarming reading.

While Ripple will be a focus of many in the crypto world, it’s clear that the Ripple price prediction does not represent a strong investment opportunity relative to many other projects. On the other hand, Metacade looks like a solid prospect for significant gains throughout 2023 and beyond.

It’s no wonder that the fledgling project is turning so many heads across private investor groups. With stage 1 of the red-hot presale underway, those who act quickly and acquire MCADE at the current prices are in for an incredibly exciting 2023!

You can buy XRP at eToro here.