Robots-As-A-Service: The Future of IoT and Blockchain 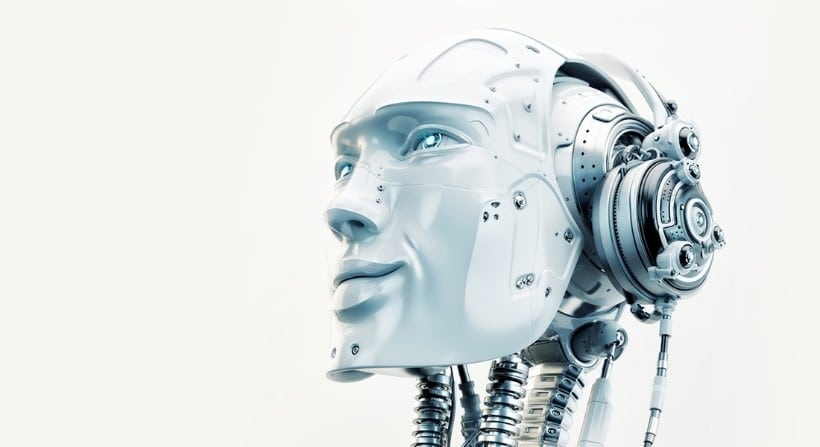 We had the opportunity to sit down with Raullen Chai, the CEO of IoTeX, to discuss the state of the collaboration between IoT and blockchain.

IoTeX tackles the key roadblocks of IoT: privacy, scalability and decentralization. IoTeX walks us through their novel consensus algorithm, randomized-DPoS (Delegated Proof of Stake), which takes traditional DPoS and combines it with random functions popularized by projects like Dfinity and Algorand.

I want to start by asking you to paint a picture of the future of IoT. What will my home look like in ten years?

In the future, all devices will be connected to the Internet. Every device will be smart, and every device will communicate. It will be like robots as a service. Before we get there, we should have the infrastructure in place to support this. Each device has its own information to share. If there is value in the data, there is a need for that device to be autonomous.

Our lives will change substantially. For example, if you stay at home, maybe you won’t need to get up. You can ask the chair to move to you. You can call the table to you. If you want to go out, autonomous vehicles will take you wherever you want to go.

I’m going to be open with you, I’m a bit of an IoT skeptic. I’m not convinced that it will match the often Sci-Fi like hype. Why am I wrong?

IoT is a huge, trillion dollar industry. If we use the current technical trend, we will not get there in ten years because there are three main problems.

First, there is a lack of scalable infrastructure for IoT to build upon. Google and Amazon have their own infrastructure, but small manufactures will not have that capability. If we had a platform that enabled interoperability between different manufacturers, that would create a huge ecosystem. If IoT devices were communicating with other IoT devices autonomously, that would unleash the full potential of the Internet of Things.

Second,  IoT devices are very expensive. One speaker may cost $100-200, and that is too expensive, but if we can introduce a token economy to reward manufacturers or users, this will drive down the cost of IoT devices to near zero, possibly even generating revenue.

Third, privacy is an issue. Right now, privacy has not been a big deal, but if everything around us can record what we are doing, privacy will become a real issue that will need to be addressed.

How can the device make money for you?

Actually, there is a research project that we are currently collaborating with. They want to deploy a large number of sensors to monitor the environment; the sensor would be a few dollars itself, but we can share the data collected by the sensors. By doing that, the cost of the sensor will be driven down to zero, and eventually will generate revenue. Cost is the enemy of mass adoption of IoT.

Why is blockchain a good fit for IoT?

Blockchain has the infrastructure that allows trust between parties and enables value transfer, asset transfer, and even ownership transfer. It also comes with a native token economy, and it provides privacy to some degree. We think the merger of these two big tech trends is inevitable.

DAG (Directed Acyclic Graph) is a very good attempt, or research effort, to solve two problems: (1) to make blockchain lightweight enough for low power devices and  (2) it scales transactions very efficiently. However, it achieves these things by sacrificing global consensus, which is the most important thing when we think about how these devices communicate with each other. There are some tradeoffs, but they are not making a good choice.

Tell us about the basic architecture behind IoTeX. How is the design tailored toward IoT?

IoTeX has a blockchain architecture which uses multiple blockchains working on the same network. We have one root chain responsible for the governance of the entire network, meaning it provisions the architecture of each sidechain. Each sidechain can be used for different purposes. For example, one could be used for Uber-like transactions with autonomous vehicles.

The IoTeX design combines DPoS, PBFT, and VRFs. What are the advantages of this design? Why not use a DAG like other IoT projects?

We like DPoS because DPoS is very efficient and provides high throughput. The problem is that it is too centralized, so we want to decentralize DPoS to a certain degree, without compromising throughput. That’s why we have a random version of DPoS—RDPoS. The idea is that you have a pool of delegates, but only a subset of delegates from the pool will join together as block producers.

In fact, we have changed the design for RDPoS—we are moving away from VRFs (verifiable random functions), because we see problems with VRFs. We are now using a random beacon and hash functions to provide the randomness we need.

The reason we use PBFT (Practical Byzantine Fault Tolerance) is because we want instant finality to power the multiple blockchain architecture.

We don’t use a DAG because the DAG doesn’t provide global blockchain consensus. We also use smart contracts which require this level of consensus.

How is IoTeX different from other Chinese competitors like IoT Chain and CPChain?

I’m not that sure what IoT Chain is doing but I think they are following IOTA’s approach using a tangle.

In the whitepaper, you stress the need for privacy. The last thing we need is a block explorer detailing the contents of my fridge. How does IoTeX ensure user privacy?

We have two strategies. The first is computational transactions, which is one way to privately transfer value. Another way is through smart contracts, which is a way to transfer state. We want to use something more lightweight than zk-SNARKs, because our technical team has a strong background in lightweight cryptography.

What problems keep you up at night?

The two main problems are “how to turn IoTeX into the perfect blockchain project”, and “how to really address all the issues in the IoT space”.