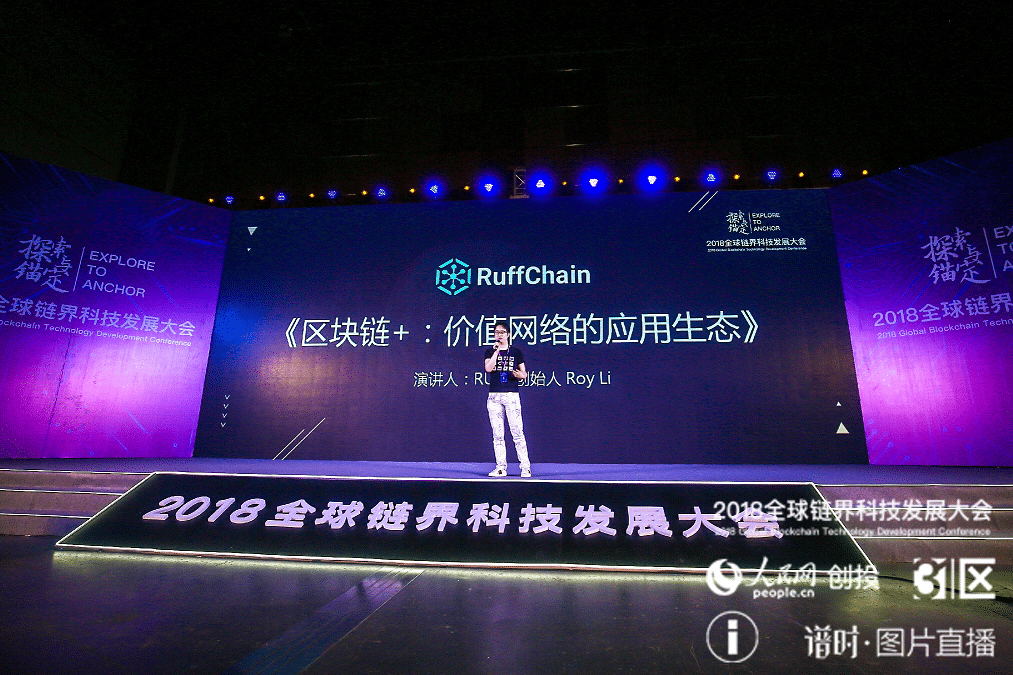 On June 23, the 2018 Global Blockchain Technological Development Conference concluded successfully at the Beijing International Convention Center, jointly hosted by People Capital and 31QU. RUFF CEO Roy Li was invited to speak at the conference and delivered a keynote speech titled “The Application Ecosystem of Blockchain and Value Networks”. Li also received the award for “Most Influential CEO in Blockchain for 2018”, presented by People Capital, 31QU, and BlockData during a dinner party held after the grand ceremony. 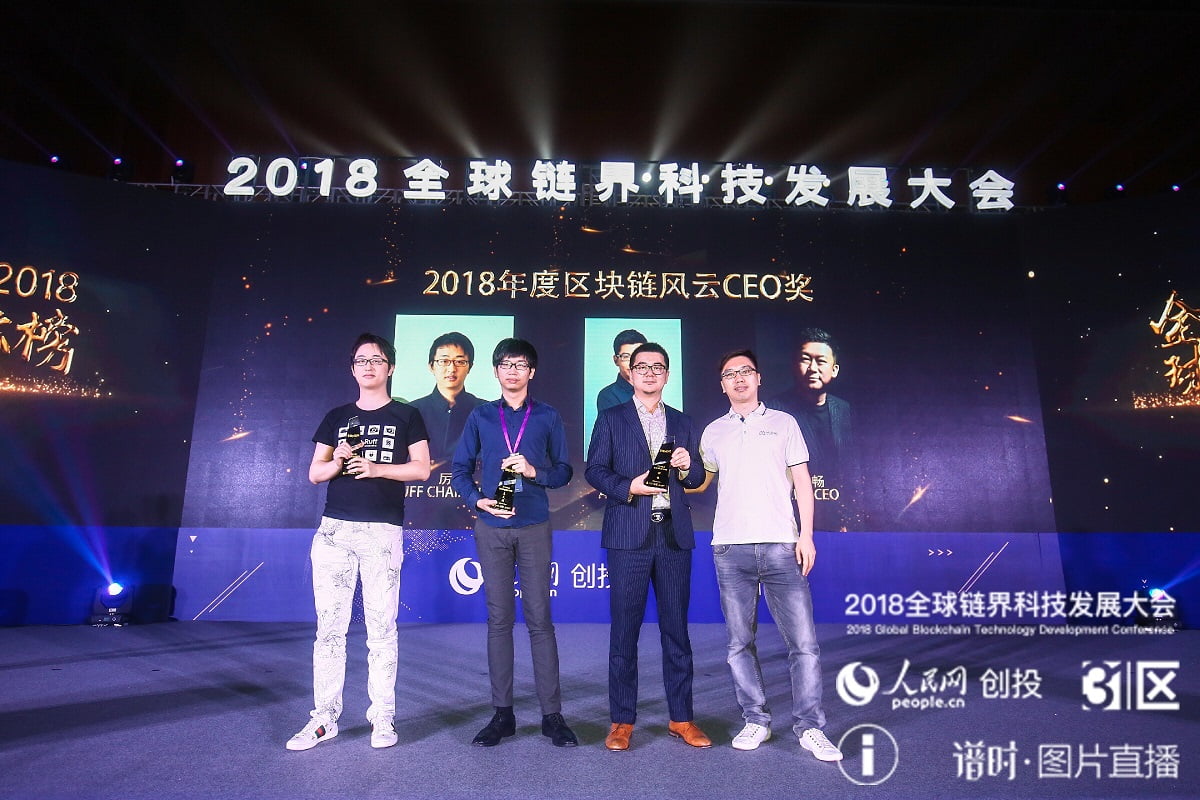 The following are highlights from Roy Li’s speech at the Conference:

Unlike investors, as a tech entrepreneur, I am more concerned about long-term application scenarios in the blockchain market, looking three to five years in the future. If you only care about coin speculation, you are participating in less than 1% of the fun. As technology brings the most valuable changes to the entire business, I hope we can pay more attention to the business itself. Even if you know little about technology, you need to know how the business will grow in the future. If you don’t know a thing about blockchain, you are bound to be as anxious as many individual investors whenever the prices go up, down, or sideways.

The biggest challenge facing tech entrepreneurs is the difficulty in demonstrating the true nature of blockchain, because it requires not only technological understanding, but also the perception from sociological and economic perspectives. Let’s look at an example. 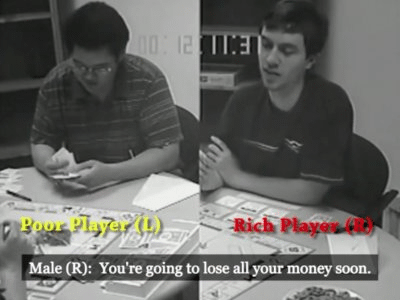 Paul Piff provided a demonstration during a TED event. He divided 200 students into 100 pairs as part of a social study. Each pair played a game of Monopoly together. He used hidden cameras to monitor players’ facial expressions during each game. The players on the left and right in the photo above were a pair. The seed capital of the rich player (“R” for short) was three times that of the poor player (“P” for short), and the reward for R was also three times that for P.

Through hidden cameras, Paul Piff found R players were content when they discovered they were rich. R chose to eat the snack on the table and move their piece around the board loudly. At the end of the game, he interviewed the 100 winners and asked them why they won. They described their plans and strategies, and interestingly, none of them mentioned the rules to the game. Although the rich players won, they did not think it was the setting of the game, but took their victories for granted.

It is an obvious result, which also occurs in society, yet we need a magnifier to identify them. For example, say you wrote a good article based on a certain keyword. You decide not to pay to have it rank higher, but someone else paraphrases it and pays for the keyword. Which article do you think will rank on search engines? If money were the sole criteria for judging paid rankings, your article, however good it is, would never show up on search engines.

If access to scarce resources was determined by money in real life, we would live in a very interesting world! Value standards are unduly consistent in many countries. People accept the notion that they can obtain scarce resources if they provide enough money. As a result, there are many marginal areas, a major problem arising from centralization, and blockchain can help solve issues in these areas.

Today, centralized institutions in China, such as banks, are relatively credible. However, if you lived in North Korea or Vietnam, you would notice that people were reluctant to deposit money in a bank account despite a fixed deposit interest rate of 7.5%. This indicates that centralized institutions have limited credibility. Digital currency transactions in South Korea account for 25% of such transactions worldwide, while their population represents a mere 0.5%. How is this possible for a developed country like South Korea?

I have some data to answer this question. In South Korea, the poverty rate for those ages 65 and older is 45.6%. These people contributed to a national economic take-off, but the poverty rate among them ranks first among developed countries. In South Korea, you have no options for your money except depreciation, because there are no investment targets. As the Bank of Korea keeps printing more banknotes, the older population finds that their hard-earned money continues to depreciate.

In this case, we can see that the credibility of a centralized institution is limited to the following patterns:

Assuming the overall size of the potential market is $100 trillion and centralized institutions control $30 trillion, the remaining 70% will be utilized by decentralized projects. How do we find appropriate blockchain application scenarios during the process?

Presently, some projects in this market are vacuum tokens. You can recognize vacuum tokens based on project necessity—you need to check the necessity of a project to integrate with a blockchain. Many blockchain projects in the market were Internet projects before their transformation. If centralized projects handle transactions efficiently, there will be no place for blockchain. Ali Pay and WeChat are examples with high market penetration. However, in countries like Indonesia where many people do not own a bank card and payment solutions are extremely unequal, there is a strong need for peer-to-peer transactions. Second, you need to consider the excessive costs of building trust in industries such supply chain finance. You face such costs whenever there is operating data originating from two or more parties. Third, you need to check if there is an existing credible center entity, which can solve all kinds of issues in the market. You have to guarantee that all data related to the power station is absolutely verified and real before asset securitization. Otherwise, it could become a Ponzi Scheme. As such, there are several uncontrollable issues in a centralized system, such as data tampering and attacks.

The difference between the value network and the information network lies in the information itself. You consume information while watching videos and reading Weibo posts, and these services profit from advertisements. The value network settles data with practical values that are measurable. For example, every time a Mobike is unlocked and locked, a circulation of value is completed.

In 2B industries, supply chain finance, assets securitization, and logistics are all included in the value network. Even Bitcoin mining involves value settlement of data, which should be made open and transparent. In terms of information equivalence, information transfer accounts for 1% while market value accounts for the other 99%.

When the credibility of a centralized institution is limited, we need to find a business model that complements the centralization. Inevitably, a new model is necessary, such as the community economies as we are seeing today.

A community economy can be divided into two categories: a user community and a developer community. As a company built on technology, Ruff places emphasis on the developer community. Nokia’s market share was 70% when I worked there. They would have had no problem if they had chosen to work on an application ecosystem. The reason for Nokia’s demise was largely because Symbian was not a developer-friendly tool. In contrast, developer platforms like Android, Windows, and Ethereum have been very successful. If you want to develop a smart contract, you can do so easily with Ethereum. Even a college student can write a smart contract after 30 minutes of research.

With lower entry barriers, more developers can come together to build a community economy based on an application ecosystem. I used to think blockchain was unreliable when I worked in conventional computer science, yet I have seen many new capabilities and technologies for blockchain in the last two years, including high-speed read/write features.

However, the core focus is how to enable developers to create such applications, even though the current infrastructure is not ready, and applications are not easy to use. We discover more interesting applications in the future once the technology is more mature.

I started Ruff four years ago and have learned hard lessons along the way. Developer friendliness is a major component of a good IoT blockchain. At present, there are over 15,000 developers around the world using our platform for application development because we offer a friendlier experience with a lower entry barrier.

If blockchain development continued to rely on big shots earning millions of dollars per year, the industry would not thrive. Yet when ordinary engineers are capable of developing a blockchain, the industry will prosper naturally.

Therefore, Ruff is a “For D” company. For Developers.