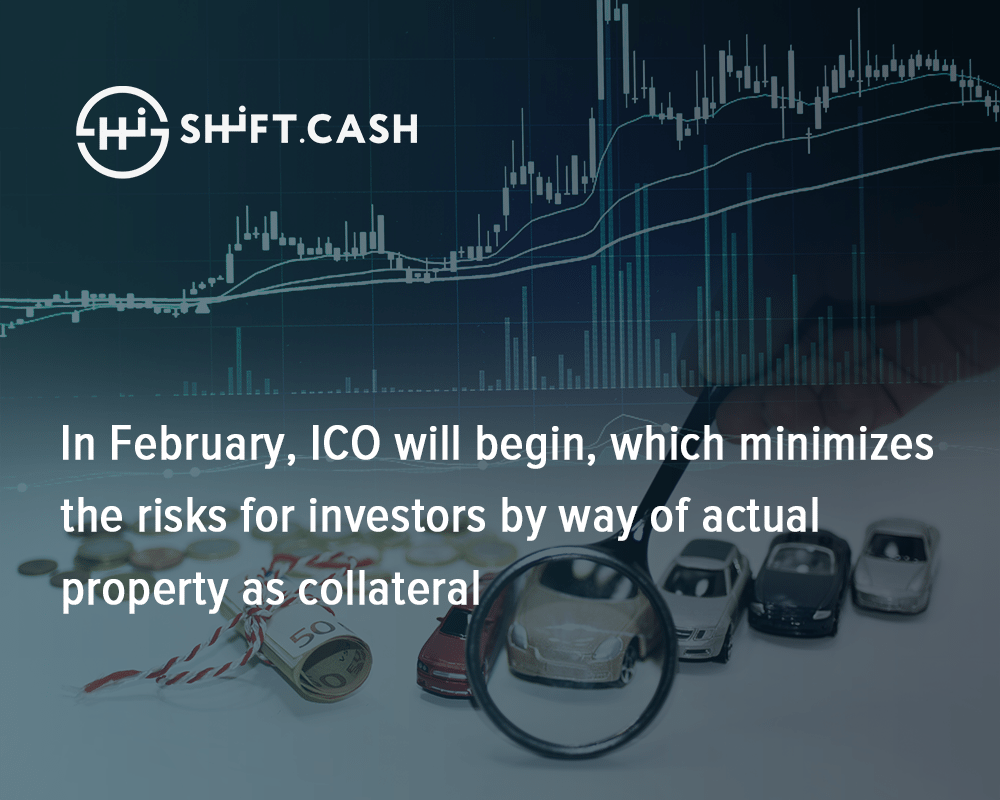 A group of companies with Austrian roots SHIFT created the first global tokenized platform for loans secured by cars – SHIFT.cash. The project opens new opportunities for all parties: borrowers to get the right amount secured by the pledge of their vehicles from anywhere in the world via a mobile offer; investors – to make investments with real collateral in the form of movable property. February 5, the company launching the project for the ICO.

SHIFT.cash is a specialized platform for providing loans secured by cars. It is joined by car dealers, credit brokers, microfinance organizations, consumer credit cooperatives and other partner organizations from different regions. Having connected to the system, they can provide loans to their customers in unlimited amounts and at a lower interest rate: the platform helps to reduce processing costs and thereby offer loan conditions 20-60% better than the market average, depending on the region. Funds for loans are formed by investors who receive their commission from each loan.

All processes are strictly regulated and managed by the system based on Ethereum Smart-Contracts and blockchain technology. For each loan and collateral, a separate block is created in the blockchain, which, as is known, is impossible to change. In addition, the system is integrated with the registers of pledges, which allows you to automatically encumber the vehicle.

There is already a mobile application SHIFT.cash, which estimates the cost of a car, determines the degree of its liquidity and calculates the maximum loan amount. The loan amount in SHIFT.cash does not exceed 35% of the market value of the car.

Also, the sophisticated software was developed to manage all business processes, which is synchronized with the application and the blockchain. Each partner connected to the system can monitor financial indicators and manage the lead generation.

The market for quick loans secured by car titles is already estimated at billions of dollars and is growing rapidly around the world, as is the number of car owners. At the same time, there are a number of problems: high-interest rates on loans, despite the subject of collateral, the underdevelopment, and fragmentation of the market, the absence of major global players. Basically, due to the fact that this sector does not have access to “cheap” money.

– We have long cherished the idea of how to make the process of investing in foreign companies as convenient and safe as possible. Blockchain solves this problem, – said the CEO of the project, Thomas Novak. – With the help of the blockchain platform, SHIFT.cash one can invest exactly by the amount for which there is collateral, automatically adjust it to a greater or lesser extent.

SHIFT is not a newcomer in the field of secured lending. It was founded in Vienna in 2015. Later, the technology was introduced in the car pawn shops of Germany and France.

And sometime later, Thomas Novak, together with the partners and the team of IT developers, created an automated system for assessing the pledge of SHIFT.Appraisal, minimizing the human factor in this process. It was that that formed the basis of the SHIFT.cash platform.