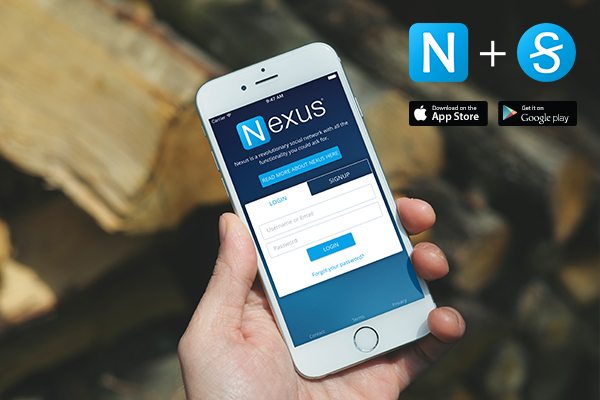 There are a lot of new ICOs on the rise, and a majority of them are based on promises to develop, with little to no tech. Nexus, and it’s native currency “Social”, are hosting an ICO with an already existing platform available on the web, iOS App Store and Google Play Store.

Social is a new cryptocurrency that will be used within Nexus, a secure and private decentralized social network with integrated marketplace and ad platform. The team plans on integrating their coin, Social, into their platform, Nexus, as its native currency.

Socials (SCL) will mainly be used in Nexus marketplace to buy and sell goods and services form other users and donate to crowdfunding campaigns on the platform. Socials will also be used within the integrated Nexus ad platform to purchase ad spaces that will be displayed within user’s new feeds.

Nexus has a ton of interesting future plans that is documented in their roadmap such as end-to-end message encryption, secure ERC20 compatible web wallet, instant access debit card, decentralized data and multimedia uploads, built in VPN access and Tor API integration. It’s quite obvious that Nexus, paired with its Social coins, will disrupt the social networking industry.

Most ICOs hold a majority of coins/tokens for their own keeping, along with giving 10% or more away for bounties or payment. The Nexus team will be holding zero coins to ensure that a large majority of the tokens in circulation have been acquired by real funds to provide a solid market capital foundation. A total of 95% of coins will be available for purchase during the entire ICO period. This will highly reduce the probability of a day one exchange dump that happens to most new tokens that hit the market.

The presale/pre-ICO for Socials (SCL) is coming to an end. The main ICO is set to start on the 17th of August at 01:00 GMT and will run for exactly one month, or until the hard cap is hit.

Tags: cryptocurrencyERC20ICOmultimediaNexuspre-ICOSCLSocials
TweetShare
BitStarz Player Lands $2,459,124 Record Win! Could you be next big winner? Win up to $1,000,000 in One Spin at CryptoSlots